Got busy grading exams and watching Caprica episodes today and never got around to reading Lupoff's first sequel to his 12:01 P.M. story. I've also got a syllabus (or something like it) for a college class dealing with Groundhog Day that I've been meaning to read through, but I didn't get to that today either. I am once again a blogger without a plan today. As Phil marches through the snow to talk to the "commander" about the blizzard, I sit here with nothing in particular to say.

The thing is, that's okay.

Oh, who am I kidding. I wish I had something prepped, something meaningful because those are the best topics for me. Sure, I like the funny ones and the weird ones, but meaningful--that is what I love. Right now, I'm doing my darnedest to tie my lack of topic into something profound about life, about how you just cannot plan for everything. Sometimes you just have to let life happen. But, that seems like a lesson so obviously inherent in Groundhog Day that I feel like I've written about it time and time again.

Phil breaks his pencil and I have nothing to write... I try to make that sound like an awesome coincidence, meaningful and deep. It isn't. He does that literally every day in recent months...

I was flipping through my copy of Siddhartha just now and happened upon this highlighted bit (which I'm sure I have shared here before because it connects to directly to Groundhog Day):

Phil has just figured out the time loop. He kissed Florence Lancaster and punched Ned Ryerson and didn't step in the puddle. He's a man of vice. He won't find his depths or "become a child again" for a while.

And, I just got sidetracked looking at the newspaper Nancy has when Phil meets her. I thought it might be an Earl Hays Press newspaper prop, but it doesn't seem to be. It might just be an actual issue of the Punxsutawney Spirit. 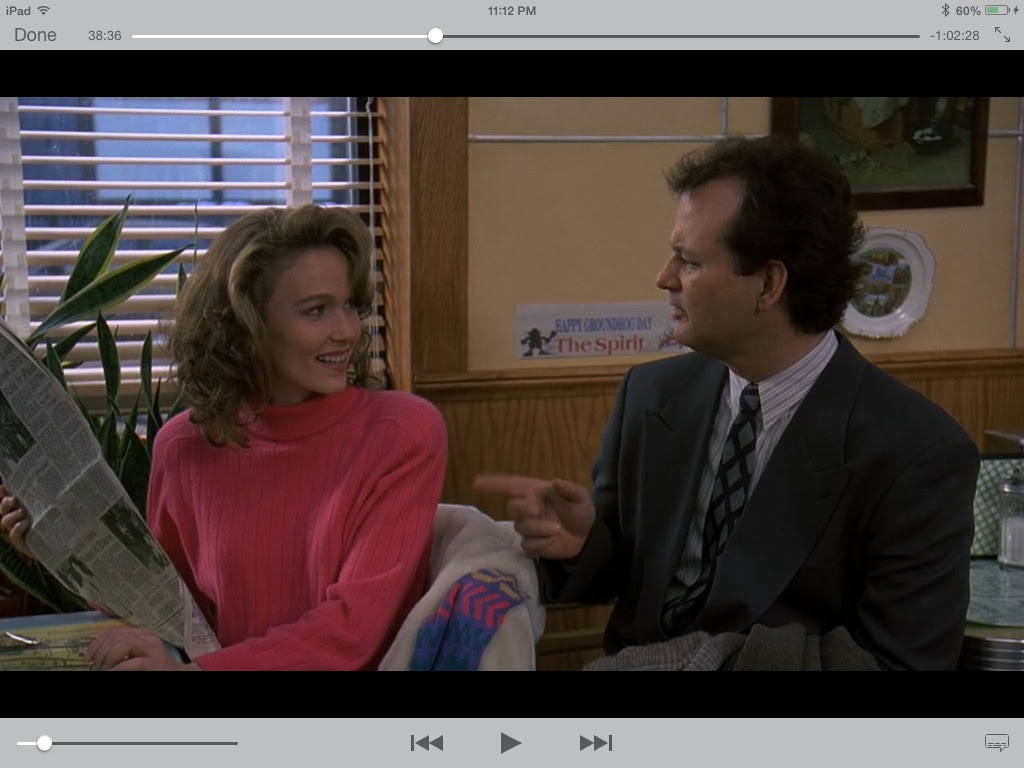 There's a headline: U.N. Leaders Seek Stronger Role in Peace; I'm guessing that might have something to do with the United Nations Transitional Authority in Cambodia, which began in February 1992, just as production of Groundhog Day was getting under way. But, it's a generic enough headline as to be virtually timeless.

Today turned out to mostly be a just-watch-the-movie day. Tomorrow I will be probably be out for much of the day, but I will try to get 12:02 P.M. or that syllabus read. Or maybe I'll just let life happen.