Roger Ebert’s (2003) review and summary. Rita Kempley’s (1988) review for the Washington Post. Louis Virtel’s (2013) 10 reasons why Moonstruck might be the best movie ever. populist‘s paragraph-long bit about Moonstruck in a series on memorable movie breakfast scenes. William Day’s (2003) essay “Moonstruck, or How to Ruin Everything.” Jean Paul Russo’s (1995) essay on “Italian American Filmmakers.” Thomas A. Shaffer’s (2005/2006) essay, “The Democratic Virtues, Our Common Life and the Common School: Trust in Democracy: Anabaptists, Italian Americans, and Solidarity.” Anthony Giardina’s (2009) essay “Wild Dreams and Italianness.” Richard Hornby’s (1994) essay “Albee and Pinter” (which connects to Moonstruck in some way or another I cannot remember even though I found it less than a week ago.

These are pieces I found, printed and have in my 7th Groundhog Day Project binder.

These are pieces I have neglected all this week when I should have read them days ago.

These are pieces I apparently didn’t need to say a whole lot about Moonstruck, about La Boheme, about romantic comedies, about life and love and romance and... I think there was something in there about death.

If I really miss any of them, it’s Day’s piece. Just in his opening paragraph, there’s this passage:

There are any number of reasons for taking an interest in popular films, but what gets us thinking about them, now or ever? That question, however presumptuous, comes easily, thinking of Moonstruck..., not only because of the striking absence of thoughtful writing about it since its initial, generally favorable reviews but because Moonstruck itself seems to raise the question. What gets us thinking about a film? Or more simply: What gets us thinking, and what keeps us from thinking? My aim in what follows is to show that Moonstruck raises some such question. It is not a question every film will raise... (p. 315)

I gotta stop there because a) if I keep reading I’ll want to finish the piece and b) I disagree, which should be obvious. Give me a movie, any movie, and it will get me thinking, it will give me an opening to rant and write for thousands of words. There are certainly movies that don’t require a great deal of contemplative thought to watch, mindless action with shallow characters, but even then, there’s room for a rant about why such a film gets an audience... or doesn’t. There’s room to take the action of, say, Rambo and examine American hegemony—I did just that a few years ago—or to take the romantic, near-fairy tale story of Moonstruck and wonder, why do we like it? Why did it win awards? What makes it still so watchable when some of it is so simplistic bordering on trite? I mean, who does Ronny think he is saying Rita looks like an angel in the moonlight—Phil Connors?

The problem is that Moonstruck straddles a very fine line between over-the-top silliness and serious, passionate romance... really, it jumps back and forth over that line. It’s all just pleasant enough that we play along. Part of why I don’t care for romantic comedies as much as other film genres is really that so many of them straddle some divide between realism and... something silly. Because, love is silly. Love is stupid. Love makes us give up dreams. Love makes us pick up our lives and move them across the country. Love makes us think we’re better than those without it. Love makes us ramble on for thousands of words without getting to a bunch of quite useful and informative essays and articles we’ve had sitting around for days. And, worst of all, love blinds us to how much it drives us to do everything that we do...

Minus the marriage proposal at the breakfast table, this movie might be perfect because then really it wouldn’t be about love, but about some insanely realistic thing that we call love because we don’t know any better.

I guess I’m in a cynical mood tonight. About “love” anyway. About romance. Lately, between my kids and my coaching job and this blog and grad school and teaching coming back in a few weeks, I guess I don’t figure I need love in my life. Problem is, I think I’d want it if it appeared. I mean, I get a message through my OKCupid account when I haven’t even really been on the site in months, and there’s a tinge of excitement, and I have to stop myself, remember that life is good and I am happy.

I don’t like the idea that something is missing from my life. I don’t like the idea that I should think there’s something missing from my life. But decades of life, and thousands of movies (not to mention books and plays and the opinions of real people) have ingrained in me this notion that love is required, that I need another relationship in my life.

I’d like to assume that it’s possible one could be unattached and still be complete. Of course, I’ve got my kids, and friends and extended family, so maybe I just feel that should be enough. And, I don’t need romantic comedies telling me otherwise.

Yet, I’ve got two more romantic comedies coming in the next couple weeks. And, the next one—well, I’ve got very few pieces to cite in relation to it, so it should be interesting to see what I come up with. As I debate with myself—or with the hypothetical you who is reading this—the necessity of romance, the necessity of love and romantic attachment...

I must scoff at my own writing here, because really, I like the idea of romance. I like the idea of love. I like this freaking movie that’s on right now. Moonstruck is a great movie, and the mindless passion on display between Loretta and Ronny sounds like a lot of fun... short-term. But, watching it over and over this week, I find myself fastening onto Rose Castorini and her sadness. Olympia Dukakis’ performance when she tells her husband that his life isn’t built on nothing is one of the saddest things I’ve seen on film in quite a while. There’s a quite pain bordering on rage in that character and it’s almost poetic in how tragic it is, and how it paints a picture of long-term relationships lost to time. We’re supposed to take Cosmo’s “Anch’’io ti amo,” said with a smile, as confirmation that he still loves Rose, that repairing a broken relationship is as simple as an exchange of I love yous. And, we’re supposed to be glad that Ronny and Loretta are engaged at the end of the film. But, what are their chances?

Film allows us so often to live inside our imagination (and the imaginations of others) rather than reality. Romantic comedy is no different. It builds to an ending we want, no matter how much sense it makes, no matter how much it might simply be reversed by life continuing past the end credits. Dowd and Pallotta (2000) write, quite rightly:

The romantic films of the mid-twentieth century [and beyond, I would add] typically culminated in the union of the lovers and rarely followed the relationship into its postmarital stage. This, indeed, has always been part of the appeal of the romantic film, namely, that the audience is allowed to imagine their future life as a continuation of the romance of their courtship. This imaginary future, which is implicit in the high romantic film, is central to its utopian theme. (p. 569)

I especially like, there, how the use of “their” confuses the point a little, given that we Americans enjoy using that pronoun as a gender-nonspecific third-person identifier. Dowd and Pallotta say, “the audience is allowed to imagine their future life” and their really refers back to the lovers. But, the reason romantic comedies work is in the confusion here; their can also refer back to the audience. We imagine our future life as a continuation of the romance we have seen onscreen. We imagine that the passion and abandon on display is something we might experience, and we want it. And, right in that moment, we live vicariously through the characters (just as with most any film, mind you), and we have it.

And, I don’t mean for the characters. I mean for us. Reality is a letdown.

I miss that one kind of love. But, I’ve got a lot of other kinds available. And, as I already said above, life is good. And, I am happy. 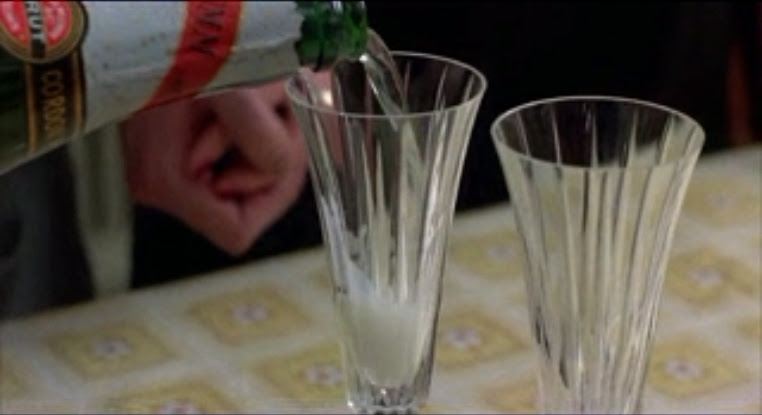