what life is all about

[For some reason, this particular blog entry is getting a lot of views lately, so I thought I would direct you all to a better entry, perhaps with a less interesting title: Day 486 - can i be serious with you for a minute? Now, back to the regular entry.]

I am sure I will be wondering why art restoration? by the end of the week, but for today, I will try to keep things simple. I am watching Home for the Holidays—

And, there was just a presumably deliberate juxtaposition between Holly Hunter’s Claudia and Mary (the Biblical one)... then the sneeze and Claudia’s boss wants to talk to her. He is firing her—budget issues—and the sneezing is a thing.

Problem right away—and I do not mean a problem with this movie—Holly Hunter has probably displayed more character in the first few minutes of this movie than Patricia Clarkson did in all of Pieces of April yet the former was nominated for awards. I think it is the impression of a serious independent film versus the impression of a broader comedy. Home for the Holidays does play like it is supposed to be a broader company.

I imagine a question about the subtitles sectioning the film later this week as well, but for now... Claudia’s parents are awesome characters, with their random anecdotes.

(Pieces of April should have been set in Chicago. I mean, Planes, Trains & Automobiles and Dutch were all about getting to Chicago for Thanksgiving and this movie started in Chicago—that is where Claudia lives.)

The play of Claudia’s mother reading the Dear Abby letter about a woman’s crazy mother as she undresses is hilarious.

Robert Downey, Jr. was on heroin while they were making this movie, which is unfortunate, but the energy level in that character... well, it is remarkable. And, his character is an ass, but oh so funny.

Had not watched this in a couple years, forgot how funny this movie was, is. A couple of my sisters watch this movie every year for Thanksgiving. I have not made a habit of it, but I think I can understand why one would.

Speaking of my sisters, I need to a) ask them if they want to write something this week for this blog and b) maybe get some permission to say some horrible things about a few of them.

Kidding, of course. All of my sisters are wonderful and could never do any wrong. If you can believe that.

On the other hand, they are all human, so mistakes are par for the course.

This film captures some of the best and worst of family interactions. 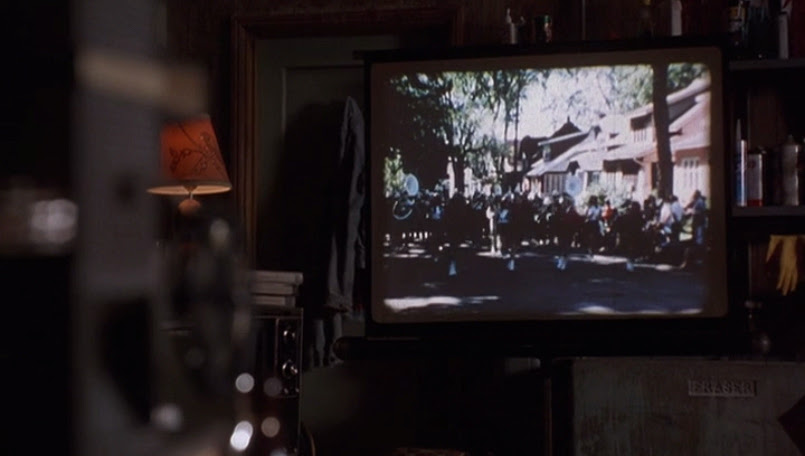 Before I go, I must ask, somewhat rhetorically, should every movie have a section subtitled The Point? Or are we better off having to figure out what a movie is about? Hell, the The Point bit in this film does not spell everything out explicitly, but it does give us plenty to think about. Leo’s suggestion that “If we get hit by a bus someday, at least we’ll know we had those two hours together” captures something I love, but something I do not practice as often as I wish.