the whole story from the beginning until now

When you are in the middle of a story, it's isn't a story at all, but only a confusion; a dark roaring, a blindness, a wreckage of shattered glass and splintered wood; like a house in a whirlwind, or else a boat crushed by the icebergs or swept over the rapids, and all aboard are powerless to stop it. It's only afterwards that it becomes anything like a story at all, when you're telling it to yourself or to someone else.
--Margaret Atwood, Alias Grace

With this quotation, Stories We Tell begins, Michael Polley reading it even before his "narration" begins.

think of the story we are telling
a twisted, amalgamated beast
that eventually becomes history
a history written by the winners
the privileged
hooks' "white supremacist capitalist patriarchy" perhaps


to substantially alter our place in the larger story

working by artificial light
for alms too thin
to cover unwanted children
as they sleep, cowering and dreamless

A story, a poem, a flight of fancy with a truth to tell. An interruption drifting away from the film, but so what? I was thinking about stories, about the story--who we all are. The collective concept of humanity, or the national identities that we hold onto even thought they force us against each from time to time.

(And, even my prose distracts from the film. But isn't that the point?)

My dear Sarah, when you make a documentary about your own discovery of a new father, are you doing so to avoid your own deeper concerns of its real impact on you? Is that why you describe it as a search for the vagaries of truth and the unreliability of memory, rather than a search for a father?

Hey, Dad, I've been thinking a lot about your last email. Maybe you're right. Maybe there is something underneath my need to make this film that I've been denying. Every time I feel I have my footing, I lose it. I can't figure out why I'm exposing us all in this way. It's really embarrassing, to be honest...

It goes on with specific bits about her mother, but the important part for me, here and now, is there already. In the prospectus for my master's thesis, I argued that this blog, writing it every day now for 664 days, serves a very specific purpose for me. The current version of my research question is this: How does the act of blogging through a life crisis contribute to personal sensemaking and the re-creation of one's place in the world? I've written before about where I was when I started this blog. Where my life was. Pending divorce, living alone, waiting for... something. Grad school hadn't started yet. It was summer break, and I was spending the majority of my time by myself. At first, it seemed, to echo above, a flight of fancy. A whim. A crazy little thing to do to occupy my time. It quite readily became something bigger. And, I would offer personal details here and there.

(Soon, I will be reading through all of these entries again, finding those details, coding the entries for content.)

The blog became wrapped up in my life, but still, there are things I do not say here. As Polley wonders why she is exposing her family with this film, sometimes I write very personal things in this blog and wonder why as well. I wonder why I need this outlet to get by. I wonder if I need this outlet to get by. But, then I think back to who I was back then, when my marriage had only recently ended, or even in the strained last couple years we were together. Who I am now is... I'm trying to think of a good metaphor as to how me now is very much not me then, but is also fundamentally and totally him as well. The transformation is beyond my poetry for the moment.

And, I think of a bit in one of my favorite films--Adaptation. Charlie Kaufman (the screenwriter and his fictional counterpart in the film) anguishes over where to start his screenplay, where the story really begins... and in the midst of a good ramble, one of his options is, "Okay we open at the beginning of time." That is where the story begins. His story. My story. Diane Polley's story. This blog's story. The world's story.

This is how it goes. My story. This story. The story. Mark Sisson, in his blog, Mark's Daily Apple, writes, "brush away all the public posturing and cocktail party introductions we all end up doing to some degree at least in certain situations. What is the real narrative you live each day when it's just you and you?" In other words. who are you when there is no one else around? Who are you when there is nothing else? Could you be better? Could you do more? Does the story need something more from you to make it better?

Or, is this all that there is? Are you all that you can be?

(And, I clearly do not intend to echo that old U.S. Army slogan, but it's as good a concept as, say Nike's line, if you just separate it out from the source, take it for what it is. If there is something more you can do, just do it.) 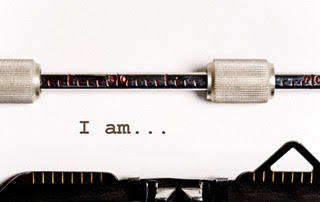