who's going to believe a talking head?

Taking a break from the old, serious, occult movies for--and let's be honest, because it's late at night and I have been up for far too many hours--something shorter. It's not a bad movie, mind you. But, I did pick it because of its length. 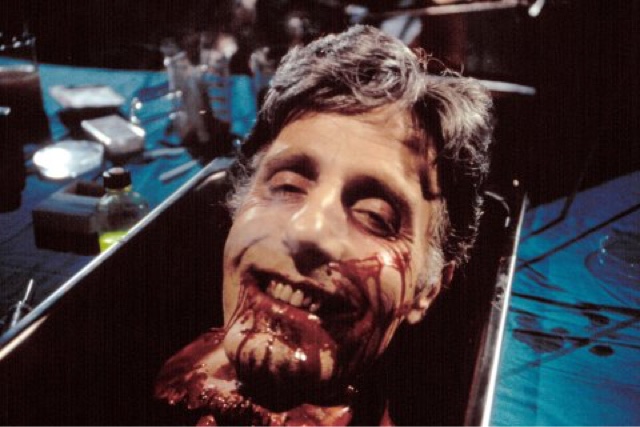 Re-Animator (or should I say H.P. Lovecraft's Re-Animator?),

Mostly, I might just sit here and enjoy the film.

We can be serious again tomorrow.*

A movie from 1985 that, for whatever reason, I did not see until maybe the mid-90s on video.

And, it surprises me how little I remember of this film. I know I've only seen it from start to finish once, but I've seen parts on cable numerous times.

Such a fun little disturbing film, though. With naked dead people and animated internal organs, and of course a talking (severed) head controlling a bunch of corpses.

It's one of those movies that doesn't pretend to be about anything deeper. It just... is.