Winter quarter starts next week, but I had to go to campus today to sort out some stuff. Ran into fellow TA Brian in the parking lot and then fellow TAs Wesley and Alex in the office. We hung out there for a bit--after getting that stuff sorted out. Then, we decided to go. See Star Wars The Force Awakens. Third time for me, of course (previously blogged: 1 2), second for Wesley, first for Alex and Brian (and Brian may not have even seen the previous films--I know. That's just awful). Anyway, so we head off and we the film and get some dinner afterward. And, I told them all they could write something for this entry. Only Wesley took me up on that. His bit will come later. Meanwhile, Alex loved it and wondered aloud how he would keep it to himself until his brother saw it. Brian liked it and amusingly, had comment after I brought up my primary complaint with the film upon seeing it the third time:

They've been flying together for like forty years, and Han has never fired Chewie's bowcaster before? Seriously? I know, we need Han to fire it so that we know how powerful it is to understand just how injured Kylo is later that he can get beaten by the token black guy and a girl, who, you know, are historically weak as film characters. I kid, of course. But, seriously, Han never fired it in forty years?

Brian's addition to that conversation was that he saw the shape of that thing and expected it to fire arrows then there were no arrows. 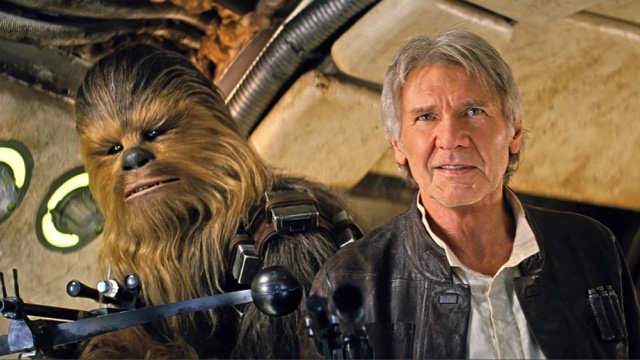 For the record, and maybe this is not canon anymore, the Wookiee bowcaster does fire metal quarrels (same as a crossbow might), but enveloped in energy, and those ball things on either side create a magnetic field that accelerated the quarrel. The bowcaster is, thus, more powerful and more accurate than a regular blaster.

Now, Wesley (there will be SPOILERS):

Rey has the capacity of the "little engine that could." To my astonishment, she carried herself in a way that made all other Jedi battles seem like child's play. Rey's Jedi battle with Kylo Ren was remarkable work. I wasn't exactly full of praise for past Jedi battles, especially those performed in the prequels.

Gotta interrupt to say that I, on the other hand, thought most of the Darth Maul fight in The Phantom Menace was pretty good, and Yoda's insane jumping when he faced Dooku in Attack of the Clones was entertaining if not a great fight. If not for the lava river, that last battle between Anakin and Obi-Wan. In Revenge of the Sith could have been the best fight in the series, given how it dealt in character moments and a major plot point of the whole series. But, of course, there was that lava and silliness of fighting around it.

On the other hand, Kylo's fight with first Finn and then Rey in the woods plays as something more real, grounded in its setting and characters with more depth than the prequels would allow. Speaking of which... back to Wesley:

The Star Wars prequels were notoriously bad for plot crafting and the presence of Jar Jar Binks. In addition, Natalie Portman looks rather similar to the evil being of my sister which prompted me to lose an incredible amount of interest in Padme's character, eventually stemming [sic] to losing interest in other characters. What made The Force Awakens so memorable was the essence of Rey's character. One particular line that rocked my world was when she said, "You're afraid you'll never be as strong as Darth Vader." This in turn caused a massive chill down my average spine, so much so that it made me want to unravel Rey's powerful character. More specifically, I aim...

I think that sentence was supposed to lead into the next one, but I'm not sure. He sent me his comments unfinished and while the Groundhog Day Project operates on a 6am to 6am schedule, Wesley may not. I might have to add his part two in the morning.

There was one more bit:

I want to be in a relationship with her. I want to feed her grapes. I want to take her to Olive Garden. To put it nicely, although she challenges social norms in our little post modern world, she still exhibits oceans of...

And that's all. For now, imagine more below. I need some sleep. 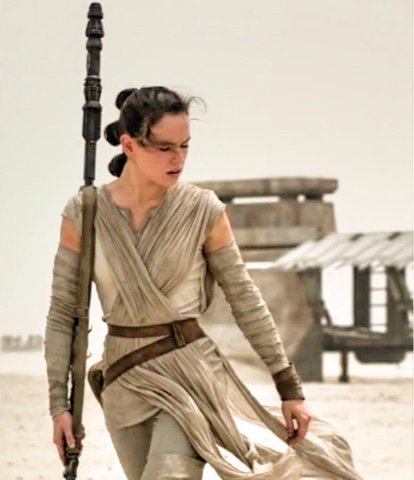