Zombieland is an example of how you use voiceover properly. Columbus' (Jesse Eisenberg) voiceover adds significant content to the film.

I've already just been sitting here and writing nothing, and I'm gonna keep doing that. It's been a long day--subbed two classes, attended a rally/protest, watched some Republican debate, and after being sick all last week, I'm still not 100%.

But then Tallahassee (Woody Harrelson) just called Bill Murray "the tippy top of the A-list" and I couldn't help but comment on it. This is the Groundhog Day Project, after all. Bill Murray is like royalty here. 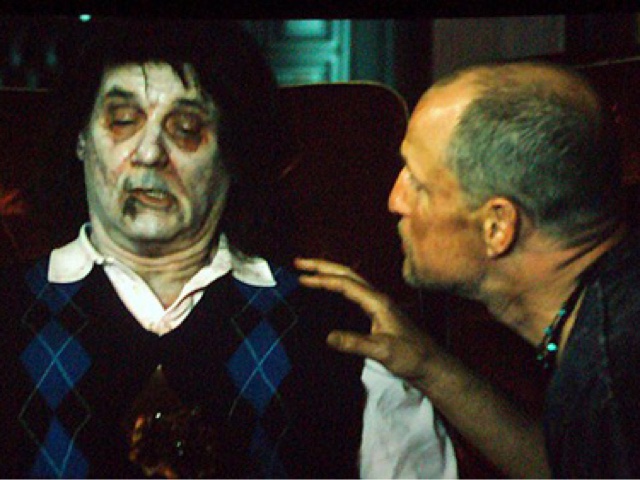 When Little Rock (Abigail Breslin) asks who Bill Murray is and Tallahassee responds, "Hey, I've never hit a kid before," I get that. There is no excuse for such ignorance.

This movie is awesome.

I love that Wichita (Emma Stone) knows what her first R-rated movie was (Anaconda). I have no idea what mine was. Too early in life, and too many movies in the intervening years.

Not that "too many movies" is a thing.