i don't know that i believe anything that i'm saying

Then again, who am I to tell anyone to shut up (not that what I did yesterday was that, exactly? And, who am I to preach about being creative when my only real creative outlet lately is this blog (with barely any audience) or Dungeons & Dragons, where my audience is a whole 6-9 players depending on the week?

I had considered getting out a few of my unpublished manuscripts--the good ones--and re-editing them this summer to make available as ebooks, but then I got some summer classes to teach. Great news for the bank account but taking up a lot of my time for several weeks. Maybe I'll still get to the manuscripts. Knowing me, probably not. One little roadblock and I'll put it off, do something else. Story of my creative life. This blog--not strictly speaking an entirely creative exercise--is the one thing in recent years I have been able to stick with for a particularly long time. When I started actively trying to write fiction for the purpose of getting published--with a short story that is horrid and then a novel that has an interesting plot but horrendous writing--I would manage to write almost every day for the next 3 1/2 years. I would finish a few more novels that, again, had interesting plots but pretty poor writing, and several short stories that worked better than the novels did. Then, there was a few years when my depression kept me away from writing for the most part, but I managed to expand my social life a bit... if the internet counts as far as that goes. Then a few years of writing again, and it was better writing--this is where the "good ones" referenced above happened. Then I went back to school and got divorced and have probably only written a few dozen pages of fiction in the last decade.

I had also considered going back to one of the last stories that I started, because I think I can write well enough now, better than a couple decades ago to be sure. That first novel I completed was finished 20 years ago. I'm better at it, now. And, despite some of the rambling here, one thing I am better at (judging by the last few bits of fiction I have written) is keeping it simple and short... or horribly complicated and short. Maybe I will get to that in a few weeks when I have more time. Probably, I won't.

What I have done and could keep doing is this. This blog. Well over a hundred thousand words so far, all about movies and life and the intersection thereof. But, the rest of it, the stuff I can't (or won't) do--I'm thinking about that today because I've got Frances Ha going one more time. If I were single--well, technically, I am single, but my life is still very much in twined with my ex-wife's, and my kids' lives. But, if I were single like Frances is single, I'm sure I would seem something like her. More like Benji, I suppose, talking about finishing the second act of the screenplay he's working on as if that's the greatest of accomplishments, but needing help from his stepdad to keep paying his rent. I've never cared much about money, about making money, except inasmuch as it affords me the things I want to do, to see movies, to watch tv, to see musicals, to play games. If I made more money, I'd add some sort of traveling to that list, I suppose.

Of course, if you're still reading, I've managed it. Manipulated you into listening to me rant. Whether I got you to think about your own shit, or allowed you to escape your own shit by looking down on me, you're welcome. 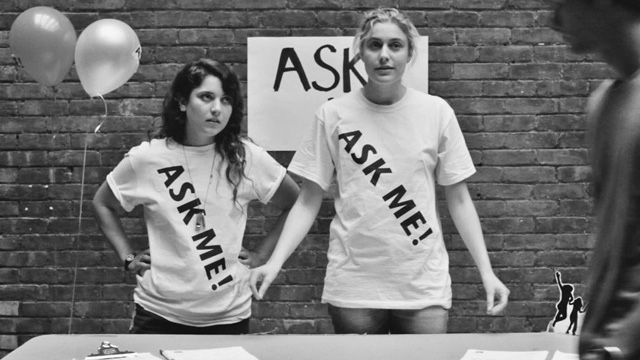