anything different is good

The last recap post was day 1127 - a long time on a crooked road. I was watching Joe Versus the Volcano that day. My month of “bad” movies was coming to an end. Then, I watched Groundhog Day as I do now every 2nd of the month--day 1128 - i slept alone, mrs. lancaster. I wrote about the weather, about time, about age, loneliness, days worth repeating, and solving great mysteries (aka, I figured out the nurse’s name).

Then began the “month” of movies from my childhood. Not just movies I saw when I was young, for that would be far too many, but movies I watched a lot when I was young, movies my family had on video, that we watched and rewatched. Though much of that rewatching continued well into my teens and through the 20s and 30s to the present, the plan was to focus on films from my first ten years of life… ish. I cut down an initial list of more than 70 movies, trying to piece together a group of movies I could watch one-a-day for a month and be done with this deconstruction of my childhood. And, that is what it is. I treat the movies like I normally would in this blog, but I’m also looking for the thing I would’ve gotten out of them when I was a kid. How did these films contribute to the formation of my self, as it were. 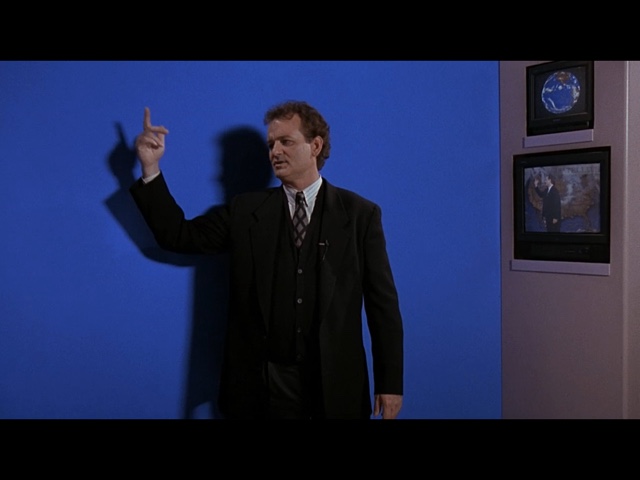 Though I was born in 1976, I began with a film from 1968 because it was a cinematic staple of my childhood. In two months, now, I have only managed to make it to 1979 because, well, if you’re a regular reader, you know me--I can hardly watch a movie and comment on it just once, can I; that would be crazy. (Subsequently, the cut-down list has been expanded back into the longer one, and this “month” could take forever.) Just fourteen films (with another viewing of Groundhog day in between--day 1158 - first you made me love you, about childhood, movies, obsession, and pretending to know people.

The deconstruction has gone as follows:

Blackbeard’s Ghost: day 1129 - be held forevermore in limbo, beginning the deconstruction; day 1130 - by fair means or foul on otherization, 60s radicals, and me; day 1131 - do a good deed in this dirty world on the politics of not caring about other people; and day 1132 - a predilection for drink, for song, and for the occasional wench on the Confederacy and Antifa.

Snowball Express: day 1133 - office hours start at nine on Disney stepping outside the rat race; day 1134 - that she can contribute on the roles of women; and day 1135 - and the air is clear on Snowball Express as a nice jazz riff on life, its stresses and reliefs.

Young Frankenstein: day 1136 - just like old friends on a new world, old memories, and perfect comedy; day 1137 - what did you do to me? on outsiders, outcasts, and the movies of the 70s and 80s; and day 1138 - this poor half-crazed genius on the madness that was me as a child watching movies.

Adventures of the Wilderness Family: day 1139 - you gotta have respect for things on how the film doesn’t really say much; day 1140 - that loves and keeps us free on masculine fantasy faced with feminism; and day 1141 - what makes it happen on feminism and its undermining.

The Apple Dumpling Gang: day 1142 - who are you talking to? on wholesome entertainment; day 1143 - spread your blanket next to mine on the problematic woman’s role; day 1144 - see you next tuesday on the perfect plot; and day 1145 - do a little better this time in which I realize just how insane this deconstruction sub-project is really starting to be.

The deconstruction took a break so I could write about mother!, religion, the environment, the creative process, and the end; day 1146 - get started on the apocalypse.

Across the Great Divide: day 1147 - none of this woulda happened on parenting and watching films across generations; day 1148 - when we reach civilization about 70s family films and the invention of the VCR; day 1049 - no reason to put the guns on the table on wilderness films and New Hollywood.

Murder by Death: day 1150 - i talk so much sometimes about our experience with genre; day 1151 - meaningless clues to confuse us on the Shymalanian plot twist; day 1152 - precious seconds are ticking away on subtlety, diversity, friends, and not being alone.

Star Wars: day 1153 - i’m getting too old for this sort of thing about VCRs, action figures, and digging up the front yard; day 1154 - don’t get cocky about galactic pollution, a space slug’s diet, and nerdy obsession; day 1155 - he can go about his business about Luke and Han, attraction and masculinity; day 11576 - better her than me about Princess Leia as feminist icon; and day 1157 - your first step into a larger world about Artoo’s injuries, end credits, and formative memories.

The Buddy Holly Story: day 1159 - wait, just wait a minute on Elvis’ stolen lyrics, race and the distraction of reality; day 1160 - go out with a musician on The Buddy Holly Story, La Bamba, biopics, history and film; and day 1161 - that’ll be the day when i die on the day the music died and a sense of mortality.

Halloween: day 1162 - purely and simply evil on Halloween teaching me about evil where church couldn’t; day 1163 - you’d make a fabulous girl scout on tradition gender roles and white-faced killers; day 1164 - i wish i had you all alone on the ineffectual Dr. Loomis, and a bit on fate; day 1165 - fate caught up with several lives here on adulthood, the panopticon, and gothic despair; day 1166 - he was watching me on the id of Laurie Strode; day 1167 - waiting for some secret on the melancholy streets of Haddonfield; day 1168 - his own day of reckoning on Michael’s super-ego and his TV fantasies of family and happiness; and day 1169 - everyone’s entitled to one good scare about something to fear and something to love.

Ice Castles: day 1170 - we forgot about the flowers on memory; day 1171 - anything but darkness on melancholy and the importance of family; and…

Happy Death Day got wrapped around Heaven Can Wait and Ice Castles with day 1172 - who you really are, reviewing the film and talking about identity; day 1174 - how do you sleep at night? you’ve never seen groundhog day? on countering cynical Hollywood; and day 1176 - i’ve already lived through this day focusing on trivial things.

Heaven Can Wait: day 1173 - question the unifying principles on romance, idealism, and politics; day 1175 - you know this is not life on inconsistent politics and the fantasy of changing the world; and day 1177 - mammals of alleged high intelligence on movie quotes twisted up with history and life.

Meatballs: day 1178 - make one good friend a summer… on summer camp, love, irreverence, and wholesomeness; day 1179 - …and you’re doing pretty well on movie characters that are a part of me; day 1180 - you’ll be released unharmed on the urge to be good and the urge to have fun, even while losing; day 1181 - but they’re saying it on the commentary track and reminiscing about summer camp; day 1182 - somebody’s gotta do it with more on the commentary track and quotes for everyday use; and day 1183 - i thought you said you had it on Meatballs as a title, as a concept, and as a song.

Interrupted the deconstruction for a day to write about The Killing of a Sacred Deer and our sense of mortality, day 1184 - so get used to it.

The Jerk: day 1185 - i was born a poor black child on VCRs and home video; day 1186 - i don’t need any of this on simpleminded comedy and the american dream; day 1187 - there’s a big future in weight guessing on Dostoyevsky’s The Idiot and the simpleminded protagonist; and day 1188 - whatever happened to working your way up? on class differences, movie audiences, and chance.

And that is all… for now. This “month” has lasted for two months so far. It will probably take a few more.