Showing posts from April, 2020
Show all

why are things so heavy in the future? 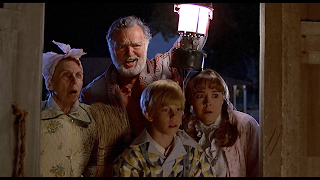 It's the little thing, really... And not the obvious stuff like one of the clocks has Harold Lloyd hanging from it like Doc will later. I mean, stuff like the broken clock under the table when the dog food spills. The rundown movie theater is a church. The other movie theater is showing Orgy American Style . On the main square there's a sex shop, a pawn shop, a loan shark, a travel office, a psychic, a seedy motel, a couple closed down businesses, and Mayor Goldie Wilson's reelection campaign headquarters. And how weird is it that the diner became a workout gym and then turns back into a diner by 2015? (If that ain't America in a nutshell...) Marty checks out two woman in leotards and Jennifer barely seems to care--but she does notice. She deserves better than this flighty musician. Graffiti on the school says DANGEROUS BOB and I imagined some crew member was referencing the director with that one. But, really, 'Dangerous' Bob Widin was the as
Post a Comment
Read more 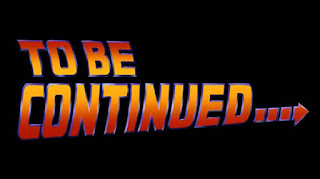 Headline from HuffPo : Did Back to the Future Originally End With 'To be Continued'? They say no. I say, fuck HuffPo , fuck whatever Mandela Effect reality you all are from, it was there on the big screen in my head, and was not some thing they added for VHS. I mean, sure we must've rented the movie to watch again at home once it was on video, and I'm sure the copy we dubbed off cable (Or maybe off the rental tape, not that I will admit that we ever did that, you know, with the bit of tape over that little indent on the one side so the machine can make a copy... Or was it breaking the tab in the indent and hoping the rental place didn't notice? I can't actually remember that bit because I have recorded things from one tape to another, entirely legally, so many times that I forgot how to do it illegally. Not that I am admitting that I ever knew how to do it illegally.) included the TO BE CONTINUED and I saw the VHS copy more than I ever saw the movie i
Post a Comment
Read more 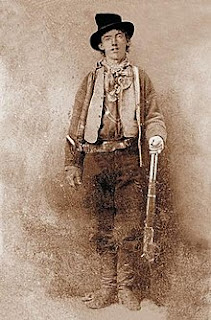 The context for a given film is interesting. I mean, going back to movies I watched time and time again in my childhood is interesting because I can imagine what I thought of the movie on first blush. I mean, had I even seen any time travel movies before Back to the Future was in theaters? Time After Time came out in 1979 but it's not like I saw that in the theater. I had watched every episode of Voyagers! , but cinematically, I'm not sure. Maybe some crap low budget thing available on VHS for rental, but I can't think of what movie it might be. But, what I really wanted to talk about, looping back around to Back to the Future after drifting away from it last time, is this discussion of late I've seen online about how Marty's parents not recognizing him--looking, as he does, just like that guy Calvin who helped get them together 30 years ago--as a plot hole. (Remember, I don't like the use of that term plot hole in the first place.) A) This is not a
Post a Comment
Read more
More posts