- June 15, 2020
Why does RoboCop need hands? The key difference between him and ED-209 is that he has a human brain (albeit hindered by programming) in place to allow him a little judgement. Maybe. His programming--and especially the vagueness in his directives--suggests that his human brain isn't necessarily offering him any particular advantage. 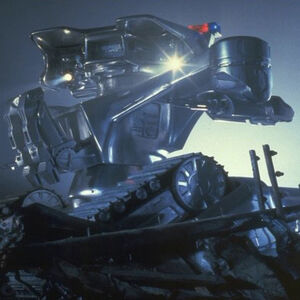