not in the ladies' room

Current Acting Deputy Secretary of Defense Christine Fox has a connection to Top Gun; she was the inspiration for Charlotte "Charlie" Blackwood. At the time, she had been dispatched to TOPGUN as a civilian employee of the Center for Naval Analyses (CNA). Her call sign was "Legs." 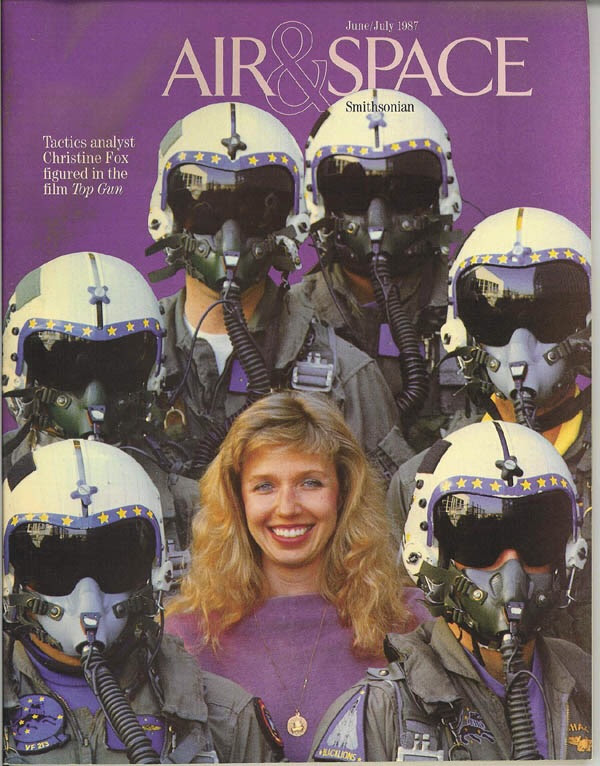 Like her big screen counterpart, Legs does frequent the Officer's Club. Unlike her big screen counterpart, she does not get involved with aviators. Commander Harry Hunter, who worked in the same office she did, is quoted, "She's so professional that her looks don't become a point of interest. When she walks in you say 'wow,' but 30 seconds later you're talking business" (Richman, 1985). When she goes to the Officer's Club and has a conversation with an aviator, it's generally about business. Lieutenant Linda Speed, an administrative officer at TOPGUN at the time, theorizes, "These guys compartmentalize their lives... Flying is in one box. Women and dating are in another. Sometimes it's hard for them to put work and women in one box" (ibid). Richman argues, "The atmosphere at TOPGUN is so masculine that when Fox walks over on business, the guards sometimes ask whether she's there to pick up her husband's check" (ibid). I, of course, discussed the intense masculinity at TOPGUN yesterday.

By the way, Legs' job wasn't working with the pilots as much as the RIOs (i.e. Goose or Slider, not Maverick or Iceman). She was a specialist in Maritime Air Superiority (i.e. establishing a perimeter around an Aircraft Carrier).

As of December 2013, Christine Fox became the highest ranking woman to serve in the Defense Department--Acting Deputy Secretary of Defense. 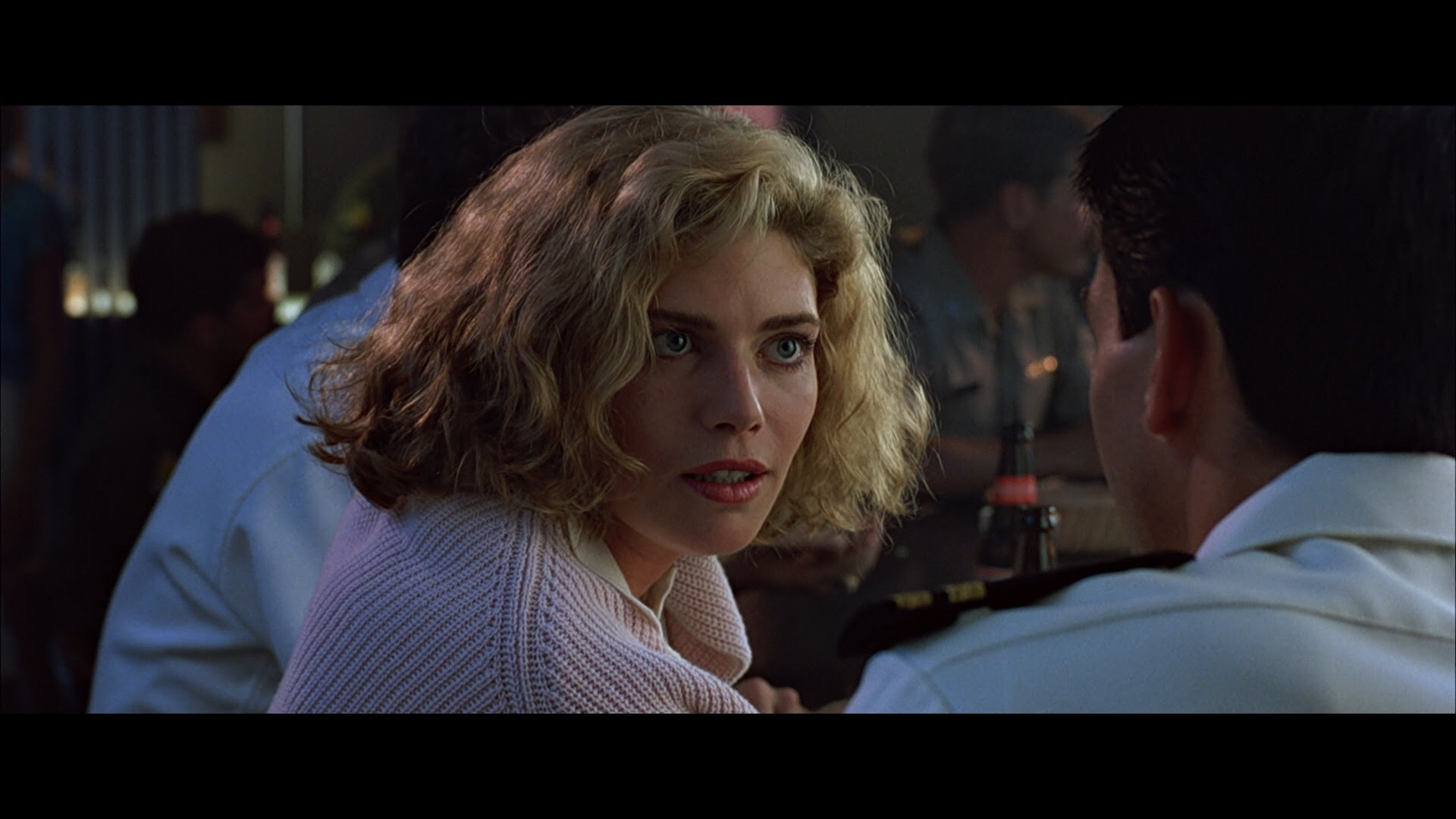 As for the character inspired by Legs, the love interest--because, of course, there had to be one--was, according to Richman's piece, going to be a groupie or a gymnast--McGillis was even sent a script that had her character as a gymnast--before the Admiral the production was working with told them about Legs. While Legs was a mathematician, Charlie is an astrophysicist. Charlie deals with the pilots... though, to be fair, we do not actually see her doing much instructing.

Really, she should stay away from the pilots if she's going to be attracted to mavericks like Maverick. She's right to tell him that she cannot announce to the class that she sees "real genius" in his flying...

But, maybe Charlie isn't the problem. Maybe Maverick just cannot compartmentalize as Speed theorizes the TOPGUN aviators do. For Maverick, the pursuit is the pursuit, the target the target. He barely hesitates before telling Viper that his name will be on that plaque... though he does hesitate before admitting that that was arrogant. I mean, this is a guy who goes to his teacher's house (which, yeah, does seem like a date, so some standards are out the window) and wants to take a shower.

That "date" is on right now and I just noticed, Charlie is playing into his need to pursue. He rings the doorbell and she stays right where she is, reading a newspaper and munching on vegetables, makes him come around to the side of the house and find the open door. She's almost deliberately giving him the power even as she's manipulating him into doing what she wants. While she's a smart and powerful woman, I would have to argue that this film does not present her in a pro-feminist light. Going for the younger guy, who is also her student--not a great example... unless we take a definition of feminism that defies societal standards regarding age and the teach/student relationship because love is more important. But then, you consider the end of the movie, the implication that Charlie came back from her job in Washington to be with Maverick--is a good government job a violation of feminist ideals? I don't think so.

Christine "Legs" Fox was the only woman working in the field for the CNA. Now, she's the highest ranking woman in the Defense Department. I think they could have played Charlie a little closer to the real thing and give young girls something to idealize in this movie alongside the boys. You know, instead of Charlie, who cribs Carole's request to "take me to be or lose me forever." Meg Ryan plays that line cute. Kelly McGillis plays it... somewhere between desperate and meaningless. It's an emotionless echo of a great moment between Carole and Goose. And, it makes it seem as if Charlie is purposefully trying to be less of an adult and more of an irresponsible young woman.