see where it leads me

Today had its moments, good and bad. I had no school today--good. I got caught up on some TV shows--good. I figured out I'd put Book of Mormon on my calendar incorrectly, so our tickets were not good for tonight's show as I thought--bad. I worked on a LEGO project--good. Headed out for dinner with two of my kids--good--but got a flat tire (a nail in it)--bad. Hung out with the kids a bit, played some rounds of Draw Something--good. Watched some good new TV tonight (Agents of S.H.I.E.L.D. and Fargo)--good. And, as soon as the premiere of Fargo is over, I will finally get to Groundhog Day. Tomorrow, flying out of town with six undergrads to Michigan for a national speech tournament, will be there for nearly a whole week. I'll miss my kids--bad. But it should be fun, and productive even if we don't bring home any awards--good.

The cool thing, in regards to this blog, right now there is no set agenda. I've got a folder full of articles connected to Groundhog Day to read, but no planned topics. I met the deadlines I set a few days ago, finishing up my critique/deconstruction of Benesh's dissertation and my viewing of/commentary on Day Break. Maybe I'll sample some episodes of Tru Calling while I'm away. Maybe I'll watch some of those TV Time Loop Day episodes again. Maybe I will simply do as Rita (claims she) does: "go with the flow, see what happens."

Eight-and-a-half months I've been doing this. That's the second [correction: third] longest relationship I've had. The idea of what I just typed makes me smile and makes me wonder again just how crazy I must be to have undertaken this sort of thing in the first place. But, I suppose all the best ideas were crazy when they first showed themselves. I'm reminded of a line from Siddhartha--"Was it not a comedy, a strange and stupid thing, this repetition, this course of events in a fateful circle?"

Phil's making fun of Rita in the newsvan right now. She seems pleasantly amused more than at all offended. As Fink from Meatballs would say, "she wants it." It's obvious.

Really, though, I had a thought recently about why Rita would get together with Phil on that last day of the time loop. Recall the earlier scene in which Phil asks her, "Rita, if you only had one day to live, what would you do with it?" Told the whole world is about to explode (hypothetically), she "just want[s] to know where to put the camera." She can't ignore a good story. And, she can't ignore a good mystery either. Phil Connors on that last day of the time loop--he's both. And, the only way Rita can hope to figure him out is to stay close to him, dance with him, buy him off that auction block, and even go back with him to his room at the Cherry Street Inn.

I've written before about Rita's perspective on the events in the film, even cut down a short film version of Rita's Groundhog Day. While we watch the film, we accept Rita and Phil ending up together because we've seen Phil change; we trust that it is genuine. But, really, Rita should not so readily accept that Phil has changed. She shouldn't trust it. And, maybe she doesn't. Maybe she just sees the story, the mystery, and she wants to figure him out. Writing about this before, I called him "an enigma worth her time." This version of events even fits with why Rita would be surprised that Phil didn't try to get her into bed but instead went to sleep. She's trying to figure out what makes him tick, and not seducing her, or at least trying to seduce her--that does not fit the Phil Connors she's heard about back at the station. Remember, in Ramis' second revision of the screenplay, Rita knows all about Phil. She says, "You know, Phil, you can charm all the little P.A.'s at the station, all the secretaries, and even some of the weekend anchors, but not me--not in a thousand years" (Ramis, 1992, 7 January, p. 40). This new Phil and the one with whom she rode to Punxstutawney--she can see they are not really the same guy, and that intrigues her.

This film, then, is not a romantic comedy at all. 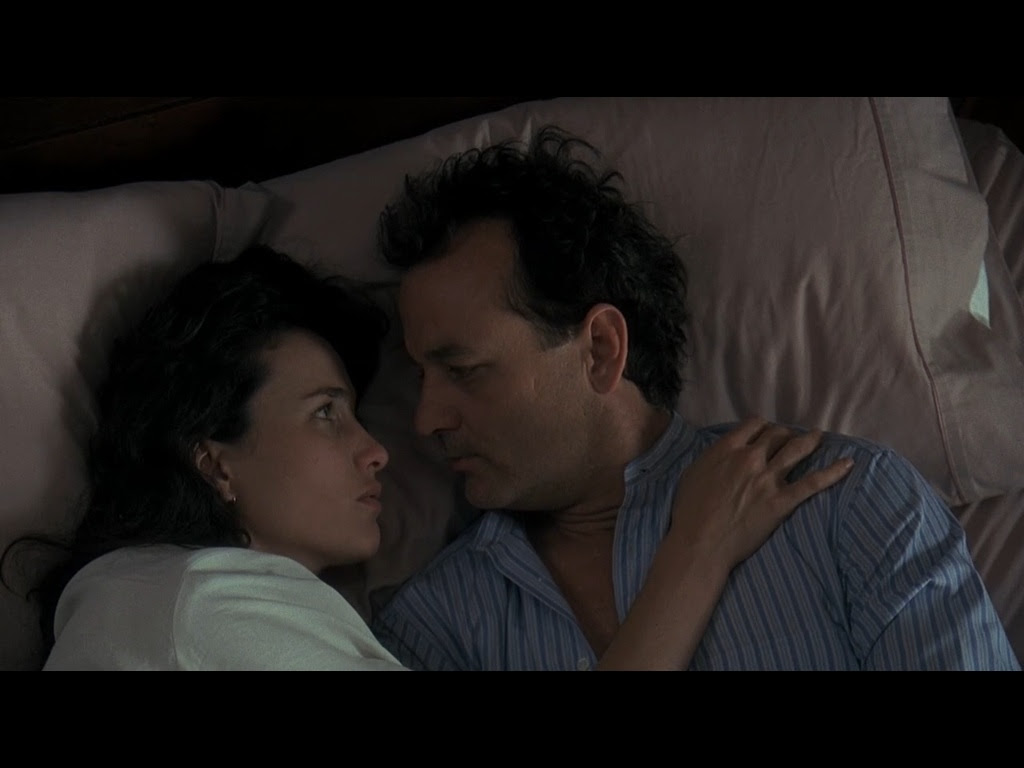 Today's reason to repeat a day forever: to figure things out as I go. Plans come from having limited time, I think. If I have forever, then I really will just go with the flow.