can't you feel you're warming up?

Since Benesh deals in Jungian terminology, it's no surprise that the shadow comes up a lot. For example, Benesh suggests the "shadow must be recovered and reclaimed to create wholeness and balance" (p. 77). Which made me think of Peter Pan when I read it, hence the pink tab labeled "Peter Pan." 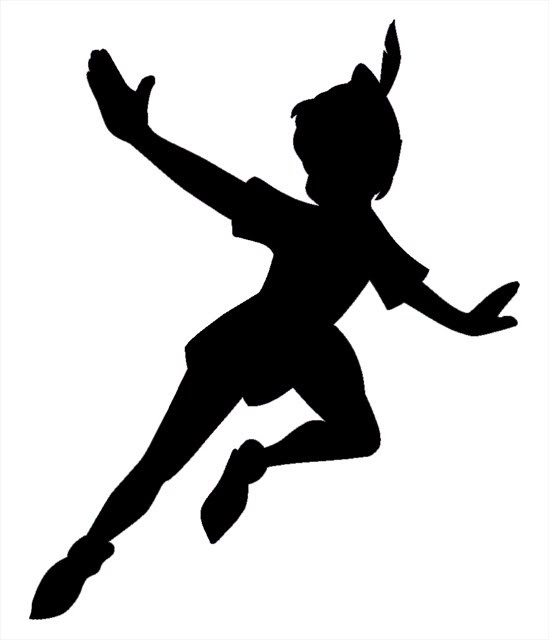 My handwritten note in the margin:

I'm not sure that matchup works if you put any thought into some of those choices, but Phil certainly has some things in common with Peter Pan, aside from the shadow thing. He won't grow old, and pre- and early-loop Phil probably doesn't even want to. Both Peter Pan and Phil Connors are arrogant, cocky and boastful. Both are mischievous. Each plays an instrument...

But, enough about Peter Pan. If I spend entire blog entries on one passing detail in Benesh, I will never finish deconstructing and arguing with Benesh.

The orange fake fire that Phil uses to seduce Nancy Taylor [there is no real evidence for this] and attempts to use to seduce Rita has both positive and negative connotations. It signifies enlightenment [although not in context of this film, so probably saying too much already, there, Benesh], which is positive, and is associated with the impetus for Phil's calling Rita's name while having sex with Nancy Taylor...

First of all, he and Nancy can hardly be said to be "having sex" in that scene, though I think it is fair to assume sex came soon after. Second of all, the connection between the fire and Phil's impulse to say the wrong name is presumptuous and unsupported by the film.

...he has become conscious of something he has repressed...

Which is why it is the very next day that he starts pursuing Rita... except, no, that doesn't happen. The next day we see is the day of the armored truck robbery, which may or may not be the same day as the following scene outside the movie theater, and only after that does the sequence I call "date night" get underway

But it also signifies hell [in a Christian context, maybe, but that symbolism is not supported by the film either], the place where deception leads and that Phil experiences in his present life, like a bardo...

noun: bardo
1. (in Tibetan Buddhism) a state of existence between death and rebirth, varying in length according to a person's conduct in life and manner of, or age at, death
2. an indeterminate, transitional state
"wandering adrift in a bardo of intense negativity, blame, disappointment, criticism, and denial"
Origin: Tibetan bár-do, from bar ‘interval’ + do ‘two’

Fire is an element that contrasts with that of ice, which is reflected in the ice sculpting Phil does...

I've said before how I don't like Benesh's use of snow (and here, ice) as symbolic in a film set in midwinter. If they truly wanted snow to have resounding visual symbolism in the film, they might have tried to film closer to actual midwinter instead of a couple months later, so that it would actually be freezing out and the ground would be covered in snow. One of Danny Rubin's scenes he talked about at the Symposium on Groundhog Day in Woodstock was one in which Phil strips off his clothes and simply walks off into the countryside to freeze to death. That would be a scene worth wondering about the symbolism of freezing, of snow, of man's impotence against the elements, or what have you. Phil's ice sculpting does suggest a certain symbolism, which I have written about before--his chosen artform is one that is inherently temporary--but it also comes from practical reality; while visiting Punxsutawney to see the real Groundhog Day festivities there, Rubin et al discovered among other things an ice sculpting contest. Note: in the original screenplay, Phil learns to sculpt in marble.

...and ice is closely related to snow, a major motif in the film, that which slows and sticks Phil Connors, who several times expresses a strong preference for heat...

I can only assume Benesh refers to Phil's preference for a hot shower, which we can assume from his plan to take one. Other than that, Phil doesn't express "a strong preference for heat." In fact, I have just added an X to page 80 because of this.

Lovers are commonly said to burn with passion, and Phil Connors tells the young bridegroom at the end of the film that he fanned the flames of the bride's passion, helping her over her cold feet. Jung also equates fire with speech, based upon a number of myths, a common etymology [which I am now curious about], and frequent analogies referring to fire as [a] consuming, devouring tongue, which relates it to a destructive consumption and digestion, and speech which can enlighten and also inflame (Jung, 1967b, p. 159).

I think Benesh relies on Jung here simply to expand the already belabored metaphor she's trying to make so that her later discussion of digestion somehow links back to the fire. I don't think it is necessary to connect these two things, even if both may be important within Groundhog Day.

The scene where Phil Connors nearly succeeds in seducing Rita in his room is called "Fake Fire."

I am not sure of the format in which Benesh watched the film. The title of the DVD chapter that would include this scene is "Perfect guy."

This name [which Benesh may have invented] appears to refer more to false declarations than feigned passion. The definition of the latter, passion, is more contestable than that of love, as passion can be lust or even emotional neediness, but love demands a higher standard, as Rita points out. The stolen truck later bursts into flames with the two Phils trapped inside, and the next method of suicide, the toaster, combines heat [which is not fire] with opposing water to result in electrocution. Finally, fire is made from friction, also a form of transformative contact. (Benesh, 2011, p. 80-1)

My handwritten note running down the center margin between pages 79 and 80 is this:

fire mentioned as warming-->(fake) fire seen as seductive-->fire seen as destructive (too bad we get no scene of Phil warming O'Reilly by a fire to bring fire back to explicitly warming)-->positive fire mentioned [with an arrow drawn to a box around "fanned the flames" in Benesh's paragraph]. *we only know the fire is fake on the night Phil fails at seduction

First, a note: that last bit after the asterisk is incorrect. Even I get some details wrong sometimes,

Call this sequence the progression of fire. I will elaborate on its details. The fire mentioned as warming comes from Rita:

You’re missing all the fun. These people are great. Some of them have been partying all night. They sing songs until they get too cold then they go sit by the fire and they get warm and they come back and sing some more.

The next significant fire is the one in Phil's room at the Cherry Street Inn. The fire is fake and we see it just before we see Phil and Nancy on the couch. While the "fake fire" is mentioned when Phil gets Rita into the room, we do not see the fire this time. One could take this to signify that the metaphorical flame here is something more real.

The fire seen as destructive is the obvious one, the explosion of the stolen truck which kills the two Phils.

And, like Benesh, I see Phil's line to Fred about Debbie--"I just fanned the flames of her passion for you"--as bringing the fire back around to something positive again. But, like I said in the parenthetical in my margin note, the progression of fire would work far better if we had more visuals.

Today's reason to repeat a day forever: to feel the flames of passion, and damn the shadows.