i still want to do those things

For the record, I didn’t touch Nowell (2010) today. Had the chapter on Black Christmas in my bag in case I had some spare time in between finishing my org comm paper and taking my org comm final. Instead, some family business came up because, well, life is like that. The busy-ness of modern life. Or just life, nevermind the modern.

(Sidenote: why does first Clare and later Mrs. Mac ask after Claude the Cat as if there are numerous cats around? I mean, there’s one cat at Pi Kappa Sigma, so if you hear a cat making noise, chances are it’s that cat.)

(Odd detail, probably a mistake: On the wall are framed things with girls’ photos on them, like all the members from previous years of the sorority, except the one we see close enough to read is Pi Beta Phi, not Pi Kappa Sigma.) 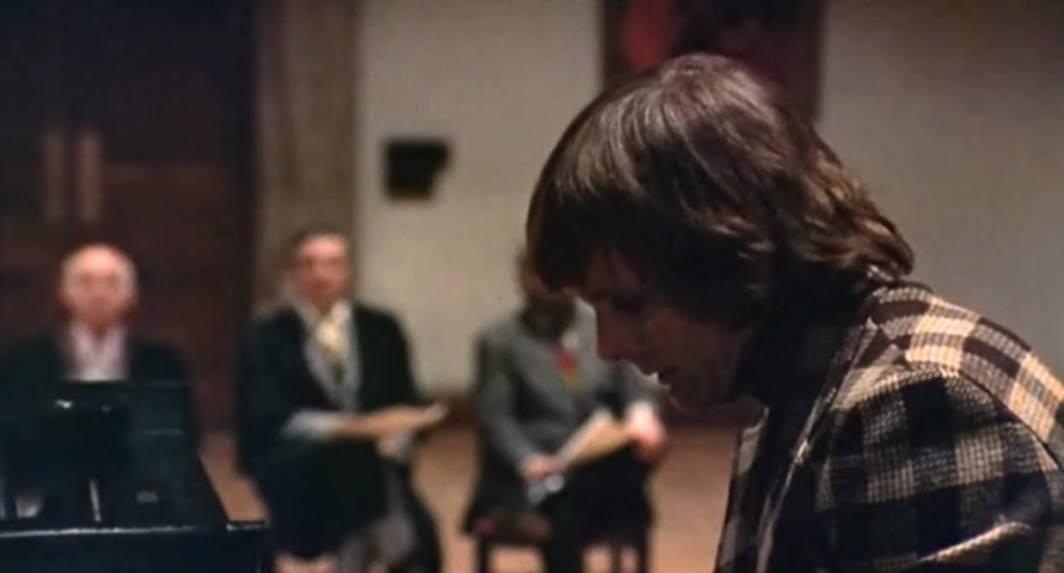 Peter talks early in this film about practicing for five days straight and not getting any sleep (probably part of why he has gone homicidal... just sayin’). As finals week comes to an end and the fall quarter ends... well, I’m not going to make prank phone calls and/or kill sorority girls, but I am ready for a good long nap. Instead of a nap, though, I started Black Christmas after midnight—

(Any new readers should know that this blog operates on a 6am to 6am cycle, just like the time loop in Groundhog Day.)

—when I’ve been up since 630. Life is long and life is busy and stressful sometimes. And, as Peter and Jess fight over the baby, it occurs to me that sometimes life passes you by... or you pass by life. Plans you had get left behind, dreams get given up, and life goes on anyway. For example, I wanted to write novels and/or make movies. But, nowadays, I teach and I write this blog (not quite the same thing as novels). Two sayings spring to mind:

“Life is what happens while you’re making other plans.”

Similarly, whoever wrote this movie clearly planned for Peter to be the killer, but some studio God laughed at that idea and so we have to the silly twist ending.