I was going to talk about wolf stew today. That will wait; I'll save it for later in the week when I've run out of things to say about The Grey.

(There is a thing about wolf stew in relation to this film, by the way, a behind-the-scenes controversy. But...)

(First, I spent today at Knott's Berry Farm. It started raining while we were there, and we still managed another couple rides. Point being, it has been a long day. But, I'm not particularly tired--it's well after 10pm as The Grey begins. Rather, I'm a little energized from treading old ground on Facebook. See, I used to debate politics on there all the time, long drawn out arguments with people I knew wouldn't be changed by what I said. But, I did it anyway. I like the idea of speaking up when you think something right. I don't do it enough these days... at least, on Facebook. I link to articles without comment, I offer brief posts about topics that matter far more than my wordcount might suggest. I don't rant and rave like I used to.

Well, that's not fair to this blog, is it?

I rant and rave here every day. It's not always political, not always "important" but I do have a place to put my words when I have them.

I don't expect it to change the world. Or even change any of you reading. But I do it anyway.

This blog is offered up for your entertainment, and maybe your enlightenment. But, ultimately, this blog is for me. (You got that, future, thesis-writing me?) I get to vomit out portions of my brain onto this (these) screen(s) and I get to use this space to (re)imagine my self, to (re)create my self.

The Grey offers up an easy metaphor for the struggle of life. The metaphorical wolves come for us all eventually, and no matter if we get along with our brothers (or sisters, though this film is quite masculine) or fight with them about what we should be doing, we will ultimately die anyway. 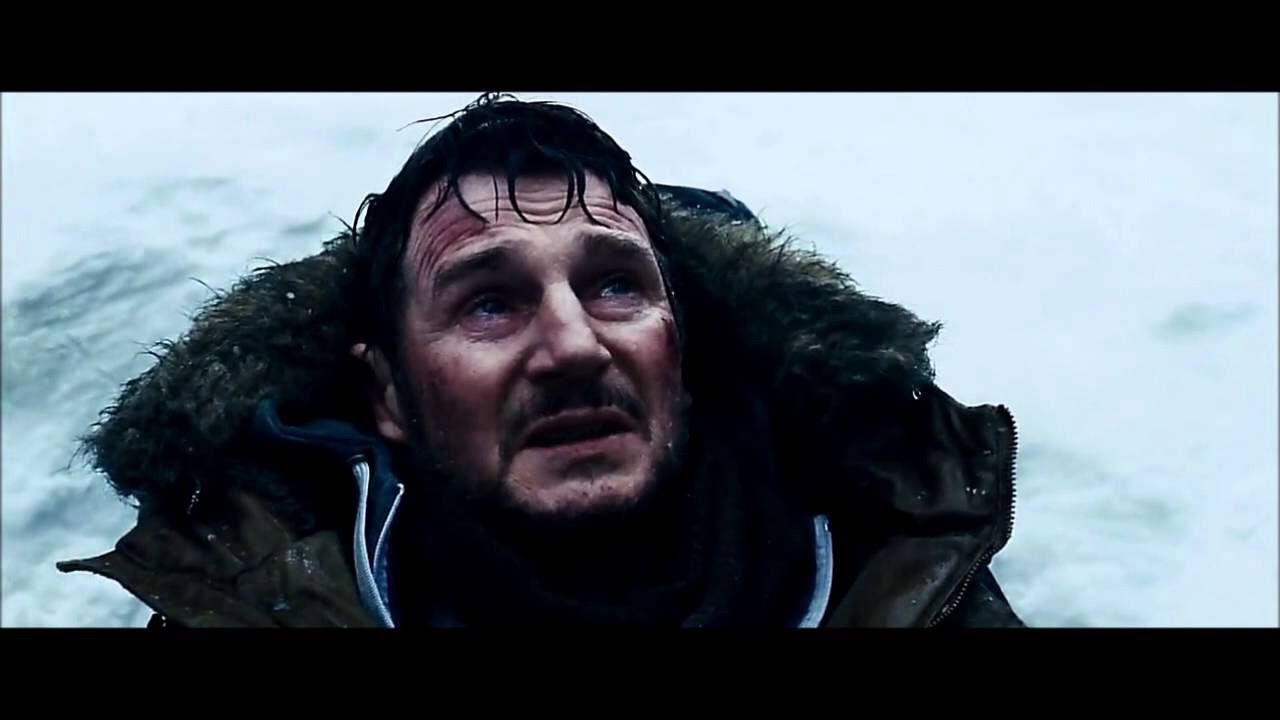 In the end, Ottway turns to God, demanding. "Do something," he says. "Do something." Then, he gets into a bit of profanity (the movie has a lot).

Then, he's got a nice "fuck you, Jobu, I'll do it myself" moment and he moves on, heads into his last fight (presumably, but that is a discussion for another day) alone. Without God.

Shane Morris, at Breakpoint (the website is subtitled "Changing Lives, Minds and Communities through Jesus Christ" since Breakpoint didn't make it obvious this is a Christian website), refers to this scene as "retread[ing] the standard atheist syllogism: God doesn't answer to my beck and call, therefore He doesn't exist (and I hate him)."

Minor nitpick: the film doesn't suggest that Ottway hates God. He just doesn't need him. Around the campfire, he tells the others, "I wish I could believe in that stuff. This is real--the cold. [Breathes out] That's real--the air in my lungs. Those bastards out there in the dark, stalking us... It's this world that I'm worried about, Talbot. Not the next." In the reality of the film, there are wolves stalking these men. Faith will not save them.

Now, Ottway may come to his end without God, but he begins the film in a very dark place, on the verge of committing suicide. He is already without God. But, like pretty much any one of us, he would probably prefer a world in which there's a Creator and there is order and, though things may look bad--and, on cue, there, the remaining four men just came to the cliff--they can get better (in the next life if not this one).

(I've got to wonder, what point is these men's struggle with the wolves? Assume a world with God, with order, and there's got to be a point. Generally, I go for the idea that bad things are allowed to happen because good things have more value that way. But, these men die. And no one will ever know what they went through. They will be presumed to have died in the plane crash. The events after the crash will matter to no one at all...

Except us. This story is for us. This story's importance is only as a story. The events don't matter within the story. No one is saving the world. Hell, no one is saving anybody. This is a group of men struggling to survive and failing, as we will all eventually do. Morris tells us that "the real thrust of this story was about neither feisty critters nor foul language. It was atheism." Except this film is not telling us that there is no God. That is implicit. It might be telling us that He is ineffectual, that He cannot save us. But, the film no more insists that He does not exist any more than reality insists that He does.)

Fox Mulder poster aside, it would be nice to have religion, to have God. But Ottway doesn't. I don't.

Fortunately for me, my world is not so bad, not such a life and death struggle, not the "chaos and pain" referred to above. At least not currently.