everything sheltered, protected and comfortable

“You can’t poop in this town without everyone knowing what color it is.” – Lou (Doc Hollywood) 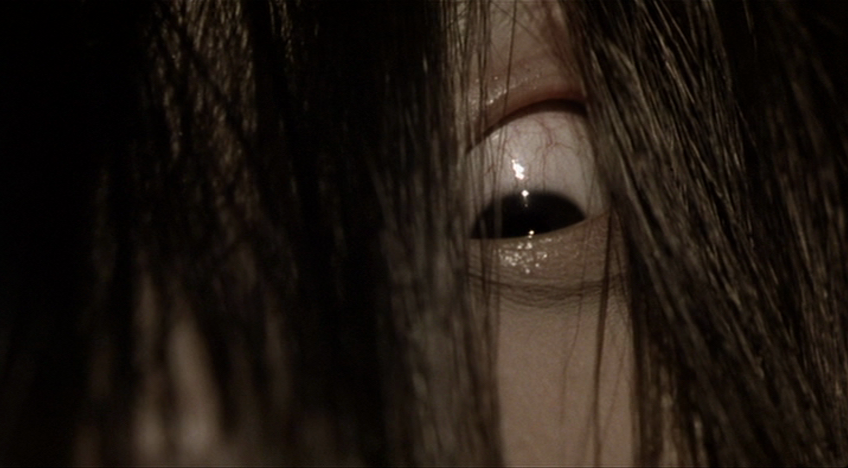 I find myself coming back to Groundhog Day tonight. I just watched Ringu and now The Ring is on and it occurs to me that both of these films (one being a remake of the other, there should be no surprise there) and Groundhog Day involve a sort of romanticization of the small town, or at least the rural, as opposed to the larger urban environment. I had to throw in that “sort of” because the romanticization in Ringu and The Ring (and to a lesser extent in The Ring Two) is actually a bit negative, a hint of the invasion of the city, the crowding leading to a dangerous environment. It’s interesting that I cited Gerbner et al (1986) yesterday because I’m reminded of Gerbner’s mean world syndrome in which our viewing of (the violence in) television (and movies) leads us to conceive the world around us as more dangerous than it actually is. The cursed tape in Ringu and The Ring could be taken as representative of the dangers of urban life, the kind of stuff that comes with too many people living close together. I mean, in that balcony scene in The Ring, we see many floors of numerous high rise apartment buildings, but not the bases of those building, not the ground (in that scene, at least); in the counterpart to that scene in Ringu we see mostly just rooftops. The buildings blend together. The urban environment has been built up so that if there is danger, we cannot know quite from whence it will come. So, while Groundhog Day and other movies might be telling us that the simpler, more rural life is perhaps better because it doesn’t take for granted the accoutrements of modern life, The Ring and Ringu shows us, yes, a simpler, more rural life, but one marked by struggle and pain. Dr. Grasnik describes to Rachel life on Moesko Island:

We've been through a lot of hard years out here, mean winters, small hauls, no fish, and that was long before the horses [all died]. See, when you live on an island you catch a cold, it's everybody's cold.

Just like everyone in the small town—or Moesko Island or Izu Peninsula—knows everyone else’s business, they can—or so the romanticization suggests—also celebrate life together like the Groundhog Festival in Groundhog Day’s Punxsutawney or that party at the end of Doc Hollywood. But, they also can grieve together and suffer from drought or the death of all the local horses together.

I wrote, in my entry regarding Doc Hollywood and the romanticization of the small town: “Violence in a small town is more personal when it’s present. Hell, everything about the small town, inevitably becomes personal, when the horrors of the big city are impersonal.” Of course, to find the origins of Samara’s/Sadako’s violence, Rachel/Reiko have to leave the city and explore rural environments. The violence is necessarily personal here; initially tied to the deaths by a niece being one of the victims, Rachel/Reiko must contend with her own potential death, her ex’s potential death, and her son’s potential death. As the potential violence becomes more personal, the story necessarily removes Rachel/Reiko from the city to discover corruption where life is supposed to be easier, better.

(The Ring Two upends this idea, though, because the cursed tape makes its way out to the smaller town of Astoria where Rachel and Aidan have relocated.)

a national allegory, as a text about social anxiety located in the discourse on modernity and the ongoing tensions between Japans’ cultural/mythological past and rapidly advancing hi-tech present, a clash between Japan’s gleaming metallic façade and the old “hungry ghosts.” (p. 295, as described in Goldberg p. 374)

to leave the alienated, modern landscape and return to the traditional seaside village on Oshima in order to uncover the origins of the curse and the original family drama that loosed Sadako on the world. Returning to an earlier mode of living forces them to confront archaic/classical Japanese images of the supernatural—references to “goblins” and vengeful ghosts—and also exemplifies the film’s implicit critique of the alienated Japanese social landscape and the loss of traditional family values. (p. 380)

From the extreme of parents murdering their daughter to the neglectful parenting of Rachel/Reiko to the absentee father Noah/Ryjui, Ringu and The Ring provide us nothing but damaged families.

McRoy (2004) takes this further, suggesting a more specific gender-related aspect to things, “a reflection of anxiety over shifting gender roles and Japanese cultural norms about male violence against women” (p. 1, as described in Goldberg p. 374). I noticed a lot of gender-related issues in The Ring the last few days and Ringu tonight. First off, it is interesting that Rachel/Reiko is built from a male character—Kozuyuki—in the novel Ring by Koji Suzuki. In the 1998 Japanese film, this character was changed to female reportedly because producers thought it would provide more box office appeal. And yet, Rachel/Reiko requires the assistance of a man, Noah/Ryuji, to complete her investigation and stop the curse. In Ringu it is the man who goes down into the well (first)—leading me to wonder if the well is meant to invoke something feminine, a womb perhaps (but more on that tomorrow)—though Reiko does eventually go down there, ultimately to find Sadako. Ryuji, by the way, in the original novel, was not only not the ex of the protagonist but was actually a bit insane and a rapist. Additionally, on the basic gender subject, Samara/Sadako in the novels is a hermaphrodite.

(This could be a direct link to Hermaphroditus of Greek myth, as Hermaphroditus became androgynous when unified with the water nymph Salmacis. This is important when you go past just The Ring to Ringu, because it is implied that Shizuko may have gotten Sadako not from a human father figure but from some sort of Oceanic spirit.)

On a more complicated gender role-related note, it seems that both Ringu and The Ring are built around the idea of failed parents and especially failed mothers. Ohinata (1995) suggests,

When Japanese hear the word mother they do not call to mind the real flesh-and-blood mothers of their personal experience but, rather, see a personification of “devotion to children, parental affection, and self-sacrifice.” … People’s devotion to the concept comes close to that of a religious faith. (p. 205, quoted in Goldberg, p. 373)

Taken as such, Anna Morgan’s hushed proclamation as she murders her “adopted” daughter—“All I ever wanted was you”—takes on a different tenor. Hell, I’m tempted to look back at the Christ-Figuring criteria, though obviously such things here would be twisted versions of the usual, because of the various levels of sacrifice and suffering going on throughout the entire Ring Cycle of stories. Shizuko’s attachment to the sea, Anna’s need for a child—we are only told about these things; we do not see them. But, they come across as near-devout levels of devotion to an idea, not unlike how Ohinata describes Japanese understanding of mother. The Ring Two extends the failed mother motif even further by applying it to Rachel more explicitly, with repeated accusations that she is not only neglecting her son (a recurring idea in Ringu) but abusing him outright. Additionally, The Ring Two adds yet another level of failed motherhood to the story in Samara’s biological mother Evelyn, who tried to drown Samara well before the Morgans adopted her. Not to mention Rachel’s failure as surrogate mother to Samara, though that does come with Rachel choosing to be mother to Aidan.

(Rachel actually manages a little better than Reiko does, in that Rachel at least has a babysitter watching over Aidan when she is out. While Reiko does eventually leave Yoichi with his grandfather, at first, Reiko leaves him home alone.)

Fathers do not fare much better. Ryuji tells Reiko, “Maybe all three of us should just die… We shouldn’t have had a child in the first place.” (He does suggest at one point that Reiko stay home with Yoichi as he (Ryuji) investigates, but when Reiko returns to the investigation, it’s not as if he’s particularly critical of her mothering ability.) Richard Morgan claims he has no daughter and that his wife “was never meant to have a child.”

Ultimately, Ringu and The Ring provide us with examples of mothers and fathers who, for the most part, fail to uphold our expectations of what they should be doing to inhabit such roles. This could very well be a result of modernity, the disappearance of the “traditional family” or could just be an exercise in broken foundations to create horror out of family drama.

Ohinata, M. (1995). The Mystique of Motherhood: A Key to Understanding Social Change and Family Problems in Japan. In K. Fujimura-Fanselow & A. Kameda (Eds.), Japanese Women: New Feminist Perspectives on the Past, Present and Future. New York: Feminist Press.