There will be no mention of Groundhog Day today. No significant mention anyway. Inevitably, because I have watched that movie 365 days in a row, and because I’m (at least for now) still going to be posting what I’m calling Phase 2 at the same URL and using the same Twitter and Facebook page, I will probably mention Groundhog Day from time to time, use it as a baseline for comparison, the film by which to measure all others.

Today, I have two things to do here. 1) I must generally review The Ring. 2) I must establish new “rules” for this blog.

For ease and confusion, I will cover #2 first.

The plan: I will not repeat myself, per se. I will not just choose another movie and watch it for 365 days. But, I think my old movie review blog had no formality to it that kept me reviewing movies regularly. And, though I rather like some of those reviews, I imagine that looking at a film more than once… Oh, who am I kidding? I know that looking at a film more than once provides room for extra insight, new ways of looking at things, and I like that. So, per the title of this very entry, I will be watching the same film every day, but only for a week. Enough time to review, to nitpick, to pick apart the structure, the characters and the themes. Then, I will move on to another movie. And, for now, I intend to come back to Groundhog Day after every four movies, roughly once a month, to keep all of this interconnected.

I’ll stick with the 6:00 AM to 6:00 AM standard because late night viewings are a common thing for me. And, currently, I do not intend to approach any movie I have not already seen. That doesn’t mean that I cannot view a movie for the first time and then get back to it soon after for the seven-day Groundhog Day Project treatment. 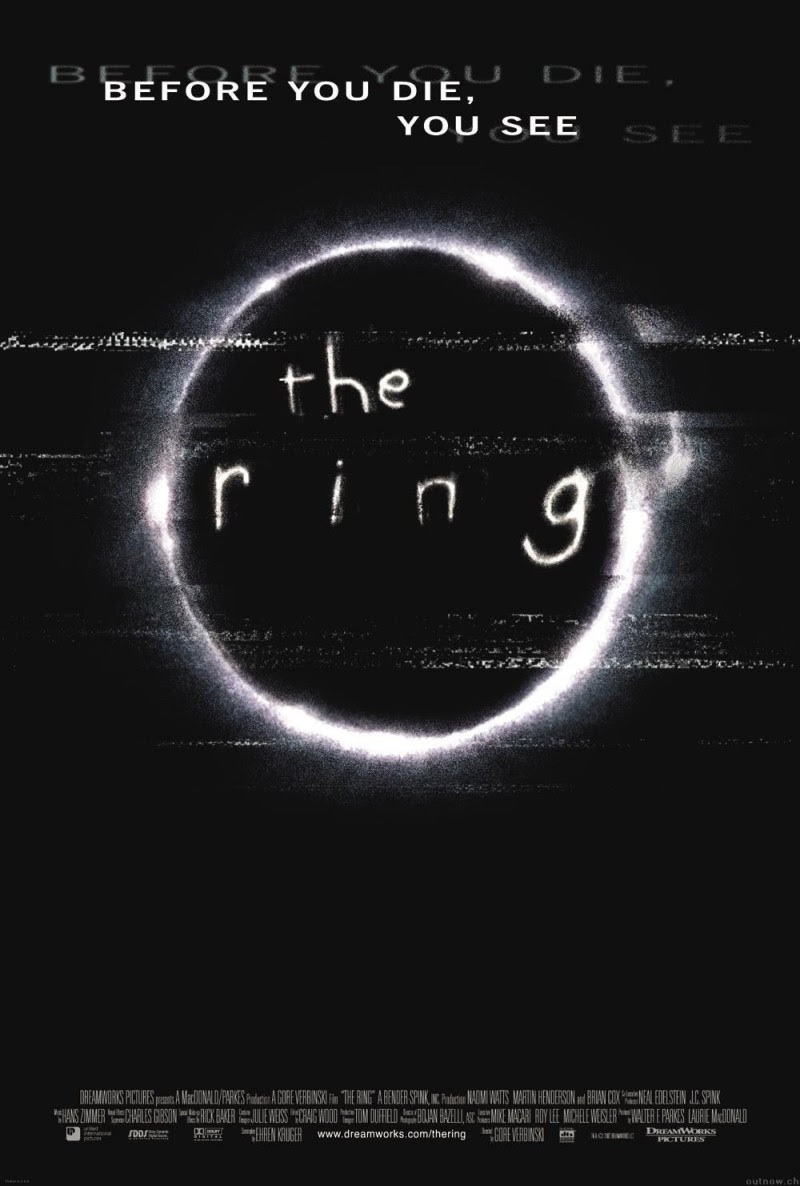 Let’s start simple. The Ring is a well-crafted, fairly well-acted horror film grasping onto the tail-end of the age of the VCR. It’s got some lapses in dialogue, clichéd movie stuff that no one would ever actually say, but mostly it works because it never really lets up on its action. It doesn’t leave you time to breathe, to contemplate. Unlike, say, Groundhog Day, The Ring is not (necessarily) a thinking film.

Except it is. There’s a scene in which Rachel (Naomi Watts) takes a moment to breathe, steps out on her balcony and looks around. In a nearby building, she spots multiple television sets, all turned on, even in an apartment or two in which the people present don’t seem to really be paying much attention to those television sets. The idea, presented without much commentary, is that television is ubiquitous. The minor problem with this “message” is that, well, Samara’s tape requires more than just a television; you don’t just have it broadcast into your home. You have to actively choose to watch the tape…

I should explain. I mean, the movie may be 16 years old, but that doesn’t mean that everyone has seen it. The premise of The Ring is that this particular video tape full of creepy images causes everyone who watches it to die seven days later. Rachel, our protagonist, is a reporter whose niece was one of the recent (and seemingly first, which leads to an entirely different problem I will get to below) victims of said tape, and she spends most of the film investigating the origin of the tape, effectively, to save herself then—SPOILERS ahead—her son and his father, from which she is (somewhat) estranged.

Anyway, the idea of ubiquitous screens is an interesting one, but would be far more interesting if people were dying from watching a particular broadcast, a faster Videodrome I suppose, rather than from watching a (seemingly) singular video tape. Hark (2001) suggests that “a generation of viewers now exists for whom consumption of movies at home on video has always been the norm” (p. 72). Stone (2003) suggests, “Horror films often work best when they target pervasive societal preoccupations, local or global bugaboos that set the populace on edge.” The Ring targets technology—specifically television—but fails to hone in on that target. Of course, one television is used to commit suicide—like Phil Connors and his stolen toaster in Groundhog Day, another television knocks our protagonist down a well, and two televisions (but only one that we see) serve as conduits for the barely present supernatural killer, Samara.

But, let’s backtrack slightly, because that Hark line leads me to the major problem with that “message” from The Ring—sixteen years on now, the television is not the omnipresent background noise. At least not uniquely. We watch our shows on our computers, on our tablets, on our phones. So, on the one hand, the television has lost its power, but the screen… the screen has gained even more ubiquity because we carry it in our pockets and take it with us wherever we go. The Ring emerged at a strange point in video technology history, considering its premise, because not too long after it was released on home video, DVD became the format of choice, and since then digital files are taking over. Imagine how much damage Samara could do if her video was on YouTube… actually, it is:

Of course, the now antiquated technology doesn’t mean the film loses a lot of its horror. The near monochrome color scheme of that video infects the rest of the film, creating a dreary, and wet, feel over all, and the characters work well enough that we care about what happens to them.

What marks this film apart from many other horror films and makes it particularly memorable for me, is the ending. The idea that the only way to survive the deadly tape is to pass on its curse to someone else—like Richard Bachman’s novel Thinner—turns the protagonist and her son into accomplices. But, taking this film as instrument to spread this story, we in the audience are also accomplices. Not to killing anyone but, perhaps, to critiquing ourselves for turning to screens for entertainment, even when the opening line of the movie is:

I hate television. Gives me headaches.

One more, small thing before I go. That other problem I alluded to above, parenthetically, is that at the beginning of the film, no one should actually know what the tape does. The movie never tells us that Samara has created a videotape before. Katie (Amber Tamblyn) and her friends who attempted to record a football game and got this tape instead should be Samara’s first victims by this method. Yet, it’s already a story passed around like an urban legend.

That is all for today.