i'm not taking anymore of your crap

Woman: Libby, this is Natalie Standish. Natalie is Reed’s... Oh, is it alright to...?

Natalie: Say that Reed got me pregnant when I was a barhop at your country club, married me to avoid scandal, spent the next ten years sucking the life out of me, got bored with me, dumped me, and screwed me in court? Sure, go ahead.

In the modern parlance, a screenwriting fail.

But, nevermind that. I just had to rewind a couple times to check a mistake. So, a dozen minutes or so into the movie, Dutch is preparing food while he and Natalie discuss what to do about Doyle. Dutch cuts chicken with a knife at first then resorts to a cleaver, then puts the mangled chicken along with some potatoes and vegetables in a pan... and CUT TO timer, CUT TO those same ingredients in a nice dish. Natalie comments, “Smells good.” But, they’re sitting in a restaurant. They were in a house kitchen a moment ago, and then a restaurant. It’s not an editing error but something bigger, an actual setting error. I can’t figure out why this would have happened.

But, nevermind that. Let’s back up a little, to this:

It’s a little too... cute. And, that shrug... Why? It reminds me a bit too much of Mr. Empty Pants from Married with Children (though that episode was a couple years after this film)— 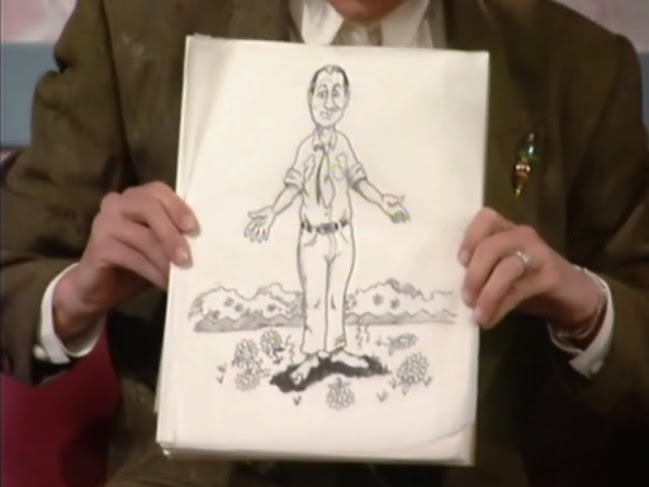 —which makes the character of Dutch seem a bit... lesser, before the film has even gotten started.

Meanwhile, to counter all this negativity, a couple of the best parts of this film:

1. The kid who invites Doyle to his family’s house for Thanksgiving, after Doyle says no, tells him, “Have a nice weekend, rotting in your own pissed-off world.” Great line. Great delivery.

2. At the greasy diner, Doyle asks, when asked what he wants to eat, “What won’t make me vomit?” That is not the good part. The good part follows, as the waitress (Patrika Darbo) actually takes the time to look over the menu, implicitly to find something that won’t make Doyle vomit. It’s a great response.