Roger Ebert tells me Hannah and Her Sisters is the best Thanksgiving film. I have never seen it. I mentioned a while back that I am not the biggest fan of Woody Allen. I’ve seen a few of his films, I can appreciate what he does, but I’m just not all that enamored with it... with them.

Similarly—and I think I share this with Ebert—I can appreciate what Peter Hedges is doing in Pieces of April even though I think the final product is flawed. In a way, it might be because that film is inherently flawed that it is also quite endearing. Like family, like Thanksgiving, the twisted heart within the happy occasion is the horribleness possible when family get together in large numbers. None of us is perfect. And, family or not—blood being thicker than water and all that—get us together and insist on hanging out as if our relations have not been strained time and time again by arguments and disagreements, as if some of haven’t disowned others (or wanted to), as if we haven’t had numerous instances in which we weren’t talking.

April Burns used to light matches and throw them at her sister. She set a fire in the kitchen (that may or may not have been an accident). She used to date “Eddie the drug dealer.” And, she once smashed some turkey salt and pepper shakers. And, though it’s never stated, it seems like there was much more wrong with April. Maybe she had a drug problem, maybe she had some anger issues. But, she’s trying to get her shit together. And, that’s the kind of thing we should support. It’s the kind of thing film should explore from time to time.

The movie ends rather abruptly, as if it ran out of money. Maybe it did; it was shot on digital for $200,000 [—I’ve seen both as much as $300,000 and as little as $100,000 quoted as well—] in three weeks (and looks remarkably good, given those constraints). The closing montage of photographs looks uncannily like a way to represent a scene Hedges didn’t have time to shoot (the 81-minute running time is another hint).

That makes sense to me. I hope Ebert is correct. Otherwise, the ending of the movie is a horrible cop out.)

The movie as it exists doesn’t fulfill the promise of its beginnings. Instead, it merely offers us a look at a bunch of damaged people. Damaged in different ways, from Wayne to Bobby to April to Beth to Jim to Joy. April’s brother, Timmy, may be the only character here (well, excluding the obvious Eugene and Evette) who isn’t particularly damaged. His concern for his mother is reasonable, unlike the controlling, demanding nature of Beth’s or the almost-eager-to-be-without nature of Jim’s—

(Seriously, though Jim cries in that moment where he thinks Joy has died, he seems like his grieving process has jumpstarted, like Joy’s actual death will be an afterthought. Hell, he cries only after she stirs, not as he believes she has died. Beth’s concern for her mother is something similar. She’s a bit too eager for her mother to feel sick. It’s like Munchausen by Proxy or something.)

We’re all damaged in some way or another. Some of us may deal with our damage just fine, but some of us don’t. Thing is, when you’re around family, they’re supposed to accept you (at least on some level), no matter your damage. Pieces of April—and every Thanksgiving movie, really—promises that familial acceptance. But, it barely fulfills its promise. Planes, Trains & Automobiles, Dutch—they both bring us to that same brief ending, but they do it better. A few glances in Planes, Trains & Automobiles gives us more feeling than the photos at the end of Pieces of April. That silliness with the gun at the end of Dutch gives us more familial connection than the photos at the end of Pieces of April. And yet, Pieces of April does provide us something important, even if in such a tiny fashion. It offers us hope. It offers us family. It neglects the detail. But, maybe that’s ok. We can fill in our own detail. We’ve got memories for the times we forgave or were forgiven. We’ve got memories for the times we needed someone or were needed. We’ve got memories for the good times and the bad times, all the family gatherings...

I don’t know about Hannah and Her Sisters, but I think the reason Planes, Trains & Automobiles (and Dutch to a lesser extent) works so well is that it is all about the promise of the family gathering at the end. The emotional core of the film is Neal needing to be with his family and Del being without his. Similarly, the emotional core of Dutch is Doyle needing a stable family (even if he probably wouldn’t admit that) and Dutch wanting to make such a family (even if he wouldn’t admit that). Pieces of April is about a family trying (even if some members are doing so a bit unwillingly) to get together, to formulate something that maybe they never even had. And, that is what Thanksgiving is like—for some people it might be the only occasion on which they see a lot of their family. For others, it might be a dreaded event, but it’s still a necessary one, one in which family is re-formed, reinforced. Thanksgiving is a day on which, more than many others, family matters. 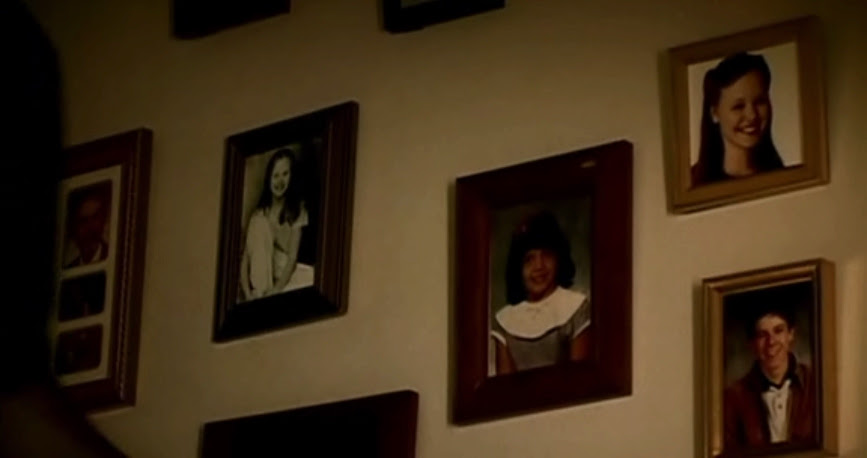