you're tearing me apart, lisa

Denny first enters the apartment and says "Oh, hey guys" as if he didn't expect Johnny and Lisa to be there. A moment later, they head upstairs, ostensibly to have an awkward pillow fight and then one of the "numerous and lengthy love scenes set to the swankiest music imaginable" (Lannaman, 2009, August 13). And, creepy little Denny not only follows but kicks off his shoes to join in the pillow fight and tells them he likes to watch them. It's the perfect setup for an ending in which Denny loses his mind and he's the one to kill Johnny... oh, SPOILERS. As if it really matters. Instead, Johnny kills himself and Lisa will probably inherit all his banker money, and I'm sure she'll get a nice insurance payout. And, Mark will wish he hadn't turned her down. And, Denny will wish... well, the same thing he already wishes if not for his love for the absent (and only mentioned once) Elizabeth--

(By the way, it's probably not a coincidence that Denny's supposed girlfriend is named Elizabeth and Mark's supposed girlfriend (who is mentioned only once and also never seen) is named Betty. There are theories online that this movie is some autobiographical exorcism of Tommy Wiseau's hurt over some ex-girlfriend, and I'm guessing her name is Elizabeth or some variation thereof.)

I've got to wonder what Denny planned to do if they weren't there. Try on their clothes maybe?

But, anyway, while Lisa may tell us, "It's really a tragedy how many kids out there don't have parents," the real tragedy is that I didn't pick this movie myself and I don't have seven days with it. I could spend a whole entry or two on Denny and his motivations. Especially if Denny killed Johnny, there would be room for some serious Freudian psychoanalysis by way of Mulvey (1989).

This film could also use a Kozlovic-scale Christ-Figure analysis--

(The short version, which I scribbled on paper just before the movie started tonight, is that Johnny scores roughly 16/25. Not great, but not too shabby.) 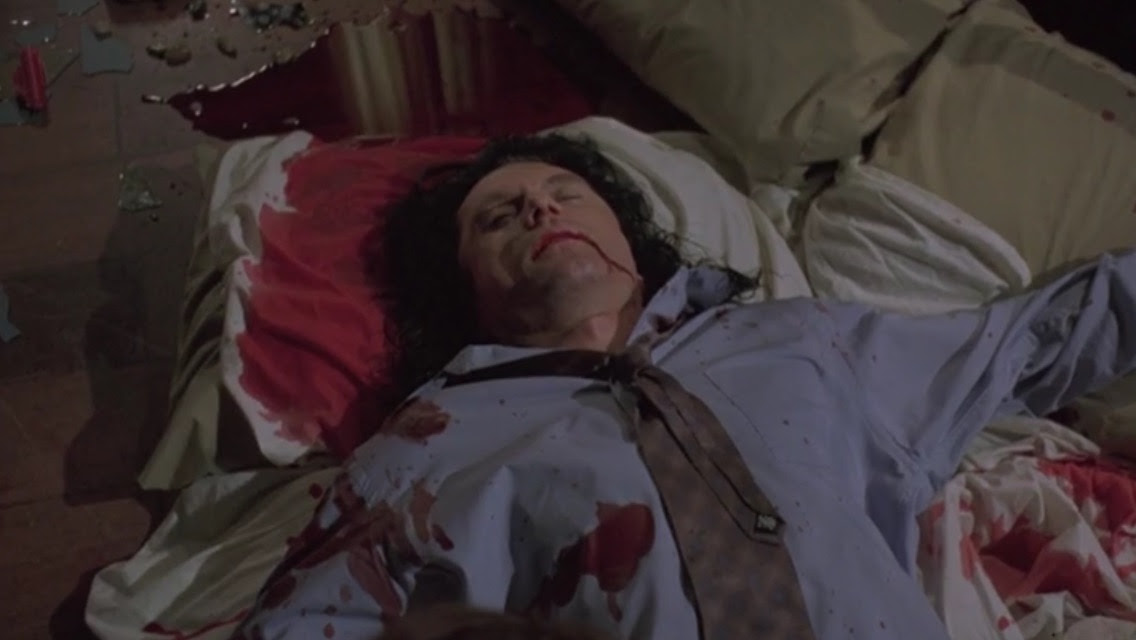 I could write for days about the strange football tossing scene that begins with Mike complaining about Claudette "showing everyone me underwears" and ends with Mark inadvertently injuring Mike by hitting him in the stomach with the football.

The "Bay to Breakers" conversation with Peter and Johnny's "interesting story" about how he met Lisa--that entire scene could provide material for days. Peter's fall (and the actor quitting the movie) could give me a day. Why we see four customers in the coffee shop before we see Johnny and Mark order could lead to a discussion of how this film... well, I can't argue that it promotes capitalism but Tommy Wiseau does seem to think it has a lot to say about how people should be nice to one another, so maybe he includes all these other customers to establish that, yes, other people exist, and they matter. In fact, when asked about the audition process for the film by A.V. Club, Wiseau explains:

We have many Lisas, Marks, Dennys, Johnnys, and other characters from The Room in America and in the entire world.

If we can take any lesson from The Room, it is this. We're all just people, like Johnny, like Lisa, like Denny, like Mark, dealing with life and love and all the problems the world and society put upon us.

There's a behind-the-scenes message, too, for all of you wannabe filmmakers in the world. If Tommy Wiseau can make this, you can probably make that movie you've got in your head as well. Maybe you don't have the mob ties or contacts in Korea to sell leather jackets (Wiseau's purported financing, if you don't believe the money laundering theory, or that Wiseau is an alien who used this film to try to figure out how human beings function). And, outside of film, obviously, you can accomplish things if you put your mind (and your mob money) to it.

And, sure, we've all got problems. Drug dealers to which we owe money. Breast cancer diagnoses. Cheating fiancés. Dennys. 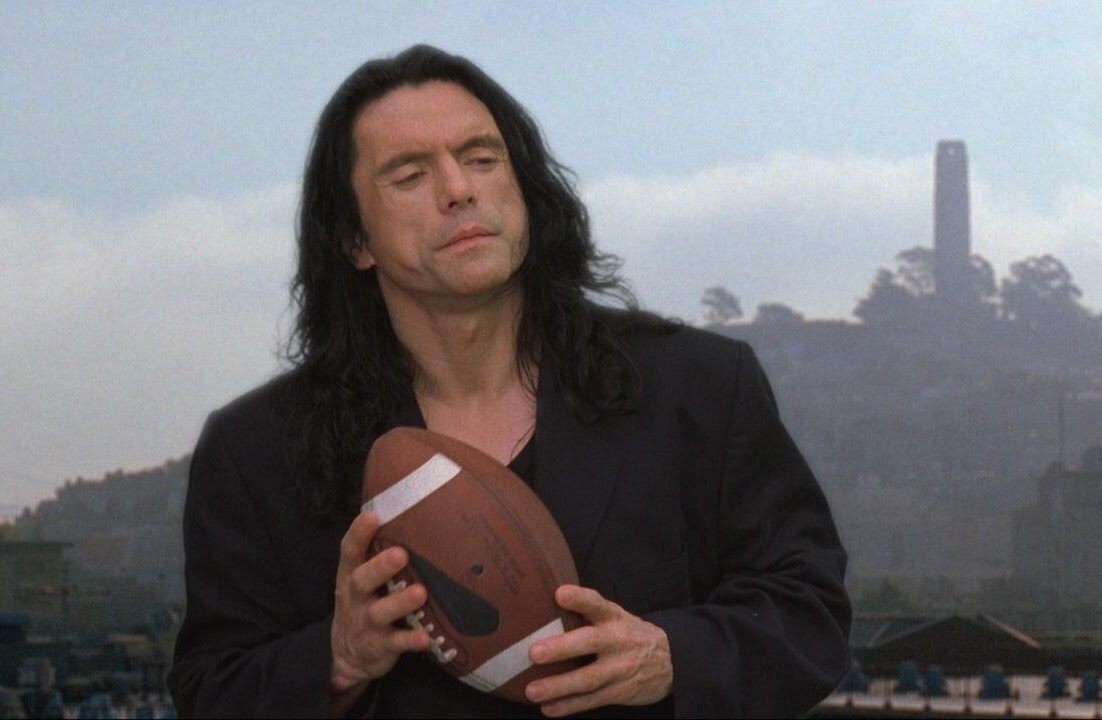