you think this one will be different

The whole point to movies like Pump Up the Volume or The Legend of Billie Jean (watching again today), is that not only is the system broken but the measures to fix it are broken as well. That Mark's father, the school commissioner, does his job only as his rebellious son is being arrested and Lieutenant Ringwald only tries to do his job after its too late here... and manages to do the right thing in the end by specifically by not doing his job when Billie Jean confronts Pyatt--this is a measure that things are not really working. There's no legitimate oversight...

Of course, that brings up an interesting point about Pump Up the Volume--imagine if, instead of broadcasting that letter about Cheryl Biggs under the guise of Hard Harry Hard-On, Mark had pointed out the problem to his father. He wouldn't have garnered the interest of Nora, of course, would have remained the quiet nerdy guy. But, he might have save the school without some of the trouble--Paige blowing up her microwave, for example... actually, the only example, really. It may have been too late for Malcolm, Mazz was already expelled, and Cheryl didn't really make any trouble. The only other trouble was kids playing Hard Harry's show at school. The idea of the trouble was bigger than the actual trouble.

Not unlike this movie, actually. Billie Jean gets credit for shooting Pyatt even though her brother did it, accidentally. She and her "gang" then get credit for various robberies around the state.

(You know the biggest weakness in this movie? The chase scenes are lacking tension. The editing could use some work or the actors could use some urgency, or something. You get "Rebel Yell" playing over your chase, it should look like Billie Jean is not just going for a casual jog through the mall.)

This movie is trying something interesting. There's a hint of class warfare, sexism, a critique of sorts of capitalism and the media. It's a feminist action film, just with poorly staged action, which is too bad. Similarly, the capitalism stuff seems pointed enough to warrant far more attention than it gets. Same with the feminist stuff--no bra, hair cut short, Cutter's pride over getting her period. The movie is ripe for a much stronger feminist message than its got.

I suppose, in 1985, it was doing just fine on that note. No need to get too much into it. Just establish the theme and move on with an arbitrary scene saving a kid from his abusive father, a guy who not only carries a gun--it's 1980s Texas so that's believable--but is eager to shoot at a car full of teenagers with almost no hesitation. 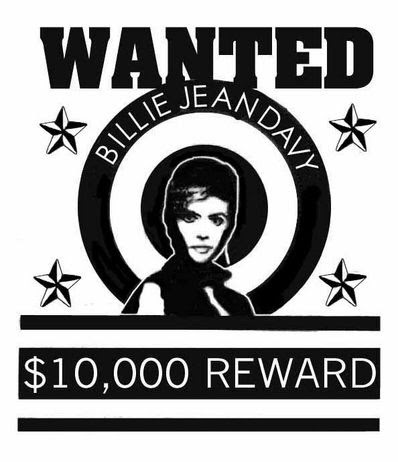 I only just noticed that the car they've been driving was the community car for the trailer park--a pseudo-socialist detail to go with the anti-capitalist (anti-consumerism, anyway) theme... neither of which get as much play as they could. Billie doesn't run into enough of the merchandise before the ending. Fans, sure. But, not the merchandise, and that only finally when she sees Pyatt again, and her brother has just been shot. The scene doesn't even necessarily put Billie Jean against the merchandise until the moment she tears that poster and questions if Pyatt paid for the new scooter. Ultimately, she refuses Pyatt's money. And the fire that burns his sales tent is an accident.

There is a nice sense of overall structure to the film in how it deals with heat and fire--The opening of the film, Jimmy J. Judge on the radio, and he says:

They say, "some like it hot." Well, some of you are going to burn today.

End of the film, the statue of Billie Jean burns over all the merchandise... It's actually too bad that the "legend" burns because the idea of some continuing sense of rebellion, or feminism, or something--like the new pirate radio shows at the end of Pump up the Volume--would have been nice. Instead, it's back to normal but in Vermont instead of Texas. George isn't even there. "Billie Jean" doesn't matter anymore. And, while they presumably did get a scooter, they never got the money (well, as I said above, she gave it back), she's hitchhiking at the end of the movie, so maybe not even a scooter. The last scene is not only pointless (except for the most minimal joke about the temperature), it kind of makes the rest of the movie pointless.

I still like it. It just needs some editing work.