The Craig Schwartz (John Cusack) does awesome puppet shows in Being John Malkovich. Like his author, Charlie Kaufman, he embraces all that his medium is capable of but uses them to tell intimate, and often very internal, stories. There's plenty of room for big stories in movies, spectacles like Mad Max Fury Road (though that certainly has its intimate moments) but sometimes my favorite films are ones like, well, any of Kaufman's. Existential. Personal. And, however much the fictional version of Kaufman in Adaptation. might want to avoid it, they find profundity in the mundane.

Craig also gets inside someone else's skin, as he puts it. Which is effectively what any of us get to do when we watch a film.

I'm not sure if Kaufman could write a normal story. Being John Malkovich, before it even gets to the portal into Malkovich's head, involves an oddball reality like--I don't know--Joe Versus the Volcano... or a Wes Anderson movie, maybe. Craig cannot make a living off his puppetry, but on the TV we see that at least someone else is making a living off puppetry. (Interestingly, in Adaptation., Amelia mentions the puppetry scene in Prague, as if there's a puppetry scene anywhere.) It's a legitimate career in the reality of this film.

Adaptation. (1 2 3) could be a simple story based on The Orchid Thief but instead breaks down the structures of film itself, attacks, deconstructs and reconstructs the trappings of the Hollywood film.

Eternal Sunshine of the Spotless Mind (1 2 3 4 5 6 7) tears at the fabric of how we understand memory and love and the way both affect our lives.

Confessions of a Dangerous Mind--which I haven't watched for this blog--takes literally Chuck Barris' claims of being not just a TV show host but a CIA operative. Which is almost normal relative to Kaufman's other scripts.

It's been a while be since I'e seen Kaufman's Human Nature but what I do remember is a complicated love... Quadrangle? that the one in this film--Craig, Lotte (Cameron Diaz), Maxine (Catherine Keener) and Malkovich--reminds me of.

And, then there's is his latest film--Anomalisa (1 2 3 4). Using puppets to tell a story about love, about attraction, about depression, about failed relationships and life. 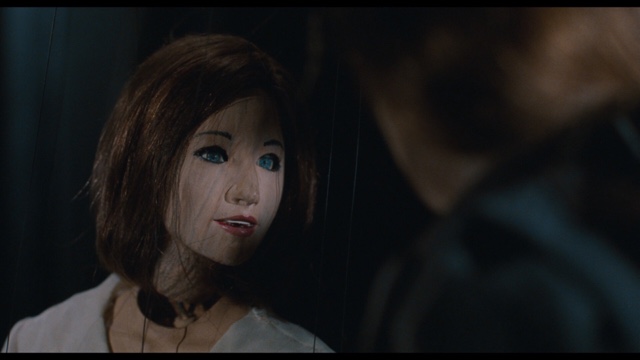 These stories are not normal. And yet, they are more normal than many a story put to film.