a goldmine if you know where to dig

The year Shine (today's movie) was nominated for Best Picture was the first year I actively tried to see as many of the Oscar-nominated films as I could. I had been watching the Oscars since as long as I could remember, had been obsessing a bit about them for a few years by then, but the 69th Academy Awards (for films from 1996, nominated and awarded in early 1997) was the first time I really made an effort.

In case you weren't around in 1996 or were not then (and maybe are not now) a lover of film, Shine is the (disputed in the details) true story of pianist David Helfgott who suffers a mental breakdown after, as the film seems to play it, getting obsessed with being able to play Rachmaninoff (and dealing with an overbearing father). The film was nominated for Best Actor (Geoffrey Rush), Best Supporting Actor (Armin Mueller-Stahl), Best Film Editing, Best Original Score* (David Hirschfelder), Best Original Screenplay (Jan Sardi and Scott Hicks), Best Director (Scott Hicks), and Best Picture.

(* I had forgotten until Wikipedia just reminded me that there were two different Score categories--Dramatic and Musical or Comedic. Apparently, that split only lasted four years. Shine was nominated for its Dramatic Score and lost to The English Patient, which included in its cast Colin Firth, who was in yesterday's movie, Shakespeare in Love (plus Ralph Fiennes, brother to Joseph). Emma, starring Shakespeare in Love's Gwyneth Paltrow, won for Musical or Comedic Score.)

Quick shot note: love that cut from Armin Mueller-Stahl as David's father saying, "You're lucky you have a family" to barbed wire. 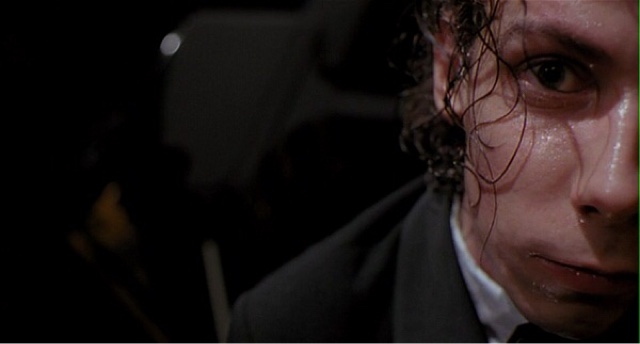 But anyway, I was not obsessing about every category of the Oscars just yet. Really only the big categories--Best Picture, Best Director, the acting and writing categories... For example:

Saw each of those in the theatre. I remember Secrets & Lies being one of the last films I saw before the awards that year. It was playing at the Colorado or the Esquire in Pasadena. Neither of those is a movie theatre anymore. One is a furniture store, I think. I have no idea what the other is.

Insert footage here of me quickly reinstalling Google Earth on my phone so that I can check what those theatres have become. The Esquire is a bank. The Colorado is now the Pasadena Christian Center. I'm trying to remember which one of those once had in its lobby the arcade version of Mario Brothers. I would play it before the movies or in between double features. There are not many theatre's that have arcade games anymore.

I did not see all of those in the theatre. Sling Blade, yes, at either the Colorado or the Esquire. The English Patient, yes, at the Rialto, I'm pretty sure. Trainspotting at the AMC One Colorado, which I generally just called the "underground." (Because the theatre was underground.) The others I would see later on video or cable.

I cannot actually remember the film Ghosts of Mississippi at all, but looking at a description of it online, I assume I must have seen it at some point. The other four, here--saw them in the theatre.

The Crucible and The Mirror Has Two Faces would wait for video or cable, but the other three--theatres.

Already covered all of those. All in theatres.

All already mentioned. All in theatres.

I have not had a mental breakdown over obsessing about the Oscars...

This year, for only the second time, I may manage to see every nominated film prior to the award ceremony. I've got a handful of films left, each nominated for just one award. I will try to do it. Even while I work on my Master's Thesis, even while I watch a movie a day for this blog and write this blog, even while I teach and coach and parent.

This is my life.

I manage it most of the time.