...by the actuarial tables

Call this PART II of my Oscar predictions. Groundhog Day playing again, but I probably won't mention it again today.


--should go to Call Me By Your Name. It's the only Best Picture nominee here. Plus, James Ivory has been winning this one like it's a lifetime achievement award. Long shot goes to cowriter (and director) Dee Rees for Mudbound because the Academy might want to give that film something and this might be the only place it can.

The Big Sick
Get Out
Lady Bird
The Shape of Water
Three Billboards Outside Ebbing, Missouri


--is an interesting contest because any of these could win. Really, it's between The Big Sick, Get Out, and Three Billboards Outside Ebbing, Missouri, but that doesn't narrow it down much. The Writers Guild gave this to Get Out, as did Critics Choice, but the Golden Globes' single screenplay category went to Three Billboards. The Big Sick is not also up for Best Picture, so we can eliminate it. This feels like the place for Get Out to win, even though Three Billboards has some momentum. I'm predicting Get Out.

There is this regarding Groundhog Day: The usual thing for this blog is that the title not only is a line from the film (or at least one of the films, if there are multiple films) from that day, but also meaningfully connected to whatever I end up talking about in connection with, or tangentially touching then drifting far away from, the film in question. I didn't name the two-parter of yesterday's entry and today's after Ned's line about death just because that was a line from the film that I still hadn't used. In fact, there are quite a few lines from Groundhog Day that I have not used, even with some 400 or so entries here focused on and around that film. I picked that line because I was going to start with something more serious than just my Oscar predictions. I was going to start that way. Because, sometimes, the idea for a particular day's entry comes to me a good several hours before I actually sit down to write. My aunt's memorial was Thursday, I saw The Shadow Box Friday night, and then Foxtrot Saturday morning, and I was going to start with some line about how the universe really wants me to be thinking about death right now. Nevermind that I don't believe in signs like that. Nevermind that this blog seems to have outgrown a lot of the talk of death that was oddly common during that first year.

By the time I actually sat down to write, though, I'd been watching the Spirit Awards and any pretense of post-film gloom was long gone. I had my title but had forgotten my reason for it. 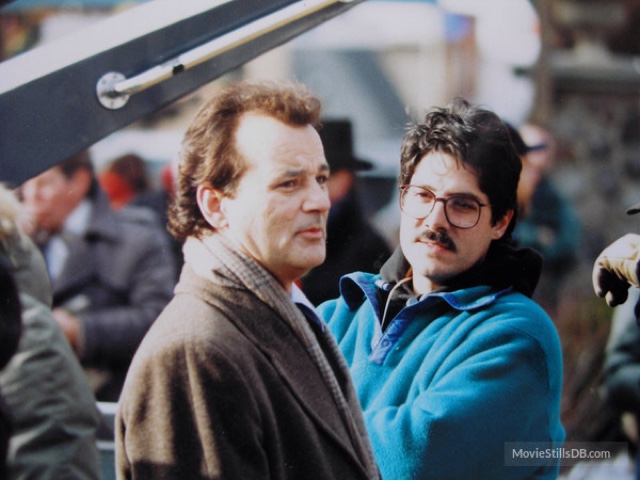 But anyway, given hashtags on Twitter and Facebook, you're probably reading this having never read any entry before, so I should stop rambling and get back to...


--all feel like locks at this point. Sam Rockwell, Allison Janney, Gary Oldman, and France's McDormand will all likely win one more time today. It is worth noting, of course, that Christopher Plummer's nomination is a win of a sort for that film, and Timothee Chalamet, in my opinion, should win. The rest are all good, of course. But, these races have been pretty consistent all award season.


--feels like a lock. An upset here would be interesting but just doesn't seem likely. This is Guillermo del Toro's award to lose.

And then, there's Best Picture--

Call Me By Your Name
Darkest Hour
Dunkirk
Get Out
Lady Bird
Phantom Thread
The Post
The Shape of Water
Three Billboards Outside Ebbing, Missouri


--which has its obvious winner in The Shape of Water but some believable upsets in Get Out, Three Billboards, or even Call Me By Your Name. After last year's ending with Moonlight taking this award over La La Land, there is possibility of an upset. Two of these--Get Out (a possibly upset) and Lady Bird (a long shot at best) made my top films of last year. A bunch of my favorite movies last year are far from this list; I am not the Academy (even if a whole lot of people confuse my Facebook Oscars page for something official). Darkest Hour and Dunkirk cancel each other out here. Phantom Thread is lucky to be here. The Post is the remnant of old-school Oscar-style Hollywood that is on the way out. There are interesting films here, and I would love an upset. But, I still think that The Shape of Water will win.
Posted by robert e g black at 8:44 AM