I'm in a thoughtful mood tonight. 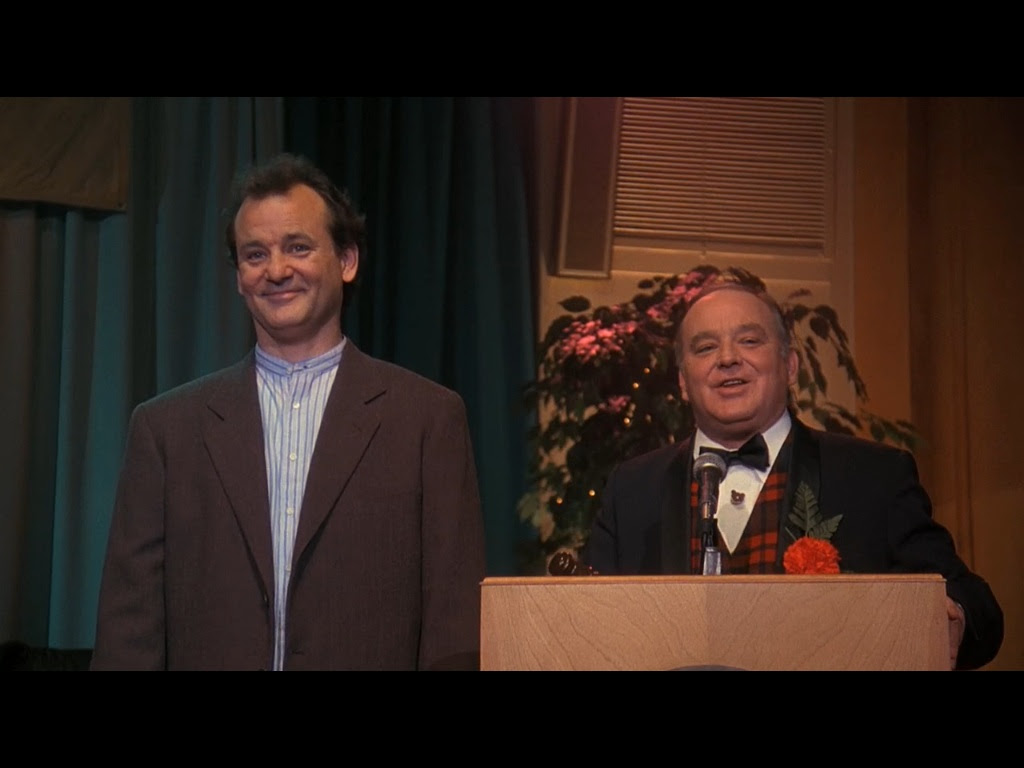 As Groundhog Day started tonight, I was eating a piece of cake with my face on it.

That's not why I'm thoughtful, but it seemed like something worth mentioning. The entire cake had a group photo of our speech team on it. Tonight was our end-of-the-year banquet. It was just like the banquet at the end of Groundhog Day, if Phil were actually three coaches and a team president and the people talking were not approaching to thank him (them) but to, well, sort of roast them. And, instead of auctioning people off, our head coach handed out a few awards and we had cake.

And Tracey, Vice President of the team for next year after only one year of doing this, performed an awesome piece with us coaches as birds (first eagles, then phoenixes--our official mascot is the golden eagle), the students as, well, the birds we're raising up to be eagles. I can't do it justice here. I don't know if any of my fellow coaches (who are graduating) read this blog, or which team members do (I know a few of them check in from time to time), but I must say that all three departing coaches will be missed and I am glad to have the chance to have worked with them and to have been a teammate to two of them (Ashley and Andrew) before that as well. Hell, I didn't know who he was at the time but the third coach (Sean) performed one of the first interpretation speeches I saw at my very first competition as a competitor and impressed in me what could be done with this activity.

Our departing team president, Victor, who may be a coach next year, does read this blog from time to time. He's done some great work this year, he's one of the smartest guys I know, and he has been, I think, a great team leader. If I don't get to work with him next year, that would be unfortunate.

To any team members who might read this, I look forward to next year, pushing you to find your voice, to go out and make something of yourselves on the speech circuit. Speech and Debate, and now Communication Studies, has provided me with an outlet for my ups and my downs, a place to teach people about things I was interested in, to play other roles beside my self, and find in the midst of it all, a fuller version of that self. I would imagine a similar thing comes from being on sports teams, but I know this more than that. And, come to think of it, I imagine Phil Connors may have participated in speech and debate when he was in college, or back at Case Western High... or maybe he would have thought it too nerdy... and yet he went into meteorology and/or some sort of media work in order to end up at Channel 9 Pittsburgh. His sarcasm probably would have made him the kind of debater I was, sometimes a smartass when something more level-headed was necessary.

My fellow coach, Andrew, was my debate partner in my final year of competing, and he was the more level-headed one. One judge, I remember, told us that if I had a little bit more of Andrew's line-by-line and he had a bit more of my preachiness, we'd be perfect debaters. Together, we did pretty well, ending the year in the top 75 parliamentary debate teams in the country, even though we had a tendency to always get stopped at the Bronze round. Tonight, Andrew compared the speech and debate community to the rabbit hole from Alice in Wonderland, a place we go to escape the everyday. But, it's more than that. We can use it to escape, but we can also use it to augment the everyday, drag all of our everyday interests and hopes and fears into our performances. We don't have to escape ourselves. That's Phil's problem as well. In the time loop, his impulse is to, not escape exactly, but to step outside the bounds of his usual life a bit, to break the rules and live without consequence. That might not be the best attitude if you go into a speech competition or a sports competition or a new job or a new relationship. No matter what you think of who you are right now, that person will still be there when you step outside his borders to perform a speech or play a game or tell an interviewer what he wants to hear to get a certain job or have a one-night-stand (or just ask a guy or girl out on a date, just to keep it simple).

I've been listening to You're a Good Man, Charlie Brown a lot lately, because my daughter Saer and I both tried out for (separate) productions of the play for this summer. I find amazing similarities between Charlie Brown and myself (and between Charlie Brown and Phil Connors, for that matter). Charlie is like an eternal optimist who happens to suffer from clinical depression. Everything in his day can go horribly, but he finds hope in the idea that he's still himself, and that the cute little red-headed girl he's got a crush on turns out to be human (and not some idealized fantasy). I have had a tendency to overthink just about everything in my adult life, for sure. I second guess a great deal of my actions and talk myself out of enacting a lot of them. But, at the end of the day, I still think positively about life most of the time. I'm happy being who I am and doing what I do, being a father, being a coach and a teacher.

I won't get into detail (yet), but recently I've been working on a new approach to writing about this blog for my Master's Thesis next year. It has to do with using a blog, like this one, to make sense of one's place in the world, and I think it is safe to say that this blog has provided me an extra sense of order to a life that had in recent years come apart. My kids, my students, and Groundhog Day have provided a lot of structure that made healing and learning and living easier.

And, it's weird to think I might get to quote what I just said next year in a thesis. It's a little weird to be figuring out how to write about something I have not yet completed writing in the first place. But, that's sort of the way of life, isn't it?

One day is much like the next, but also, they are nothing alike, and one may be a response to the former, a reaction to things that went wrong or things that went right, a critique or commentary on how life was going yesterday so that maybe it will be better (or the same) tomorrow... What I'm trying to say, if any of my students are still reading, or if anyone is reading this really (since, in a way I could call you my student if you're getting something out of this), is nothing is ever complete. You are a work in progress. Life has its ups and its downs, and so will your schoolwork, your performances at competition, your performance on the job, your relationships. If we can take anything from Phil Connors, it is this: go with it, like a surfer catching the right wave; you may crash and burn (to mix metaphors) or you may soar. But, whatever happens, you've got another chance tomorrow. And my advice is make it--whatever it may be--the best you can make it this time, and better the next, and better the next. And, enjoy life as it goes, with the people that make it a fuller experience for you. There's a bit at the end of the closing song to You're a Good Man, Charlie Brown that is cheesy but true:

Happiness is singing together when day is through,
And happiness is those who sing with you.
Happiness is morning and evening,
Daytime and nighttime too.

For happiness is anyone and anything at all
That's loved by you.

Today's reason to repeat a day forever: to love you all.