milions of people bought the slinky

If you're reading this, you've probably got a slinky somewhere in your house, or you have had one in the past. Maybe it was just some cheap plastic knockoff, the kind you get for a few tickets at Chuck E. Cheese, but still. Is a slinky useful? Barely. Does it do what its advertised to do? Maybe that one time you got it just right at the right distance from the top step in your house and you got so excited that it was still going after four steps that you jumped for joy and shook the step just enough as to send that fancy little coil off course and it settled into itself on the next step. But, just that one time. Otherwise, it goes a step, maybe two and then fails to go further.

I bring up the slinky for two reasons. 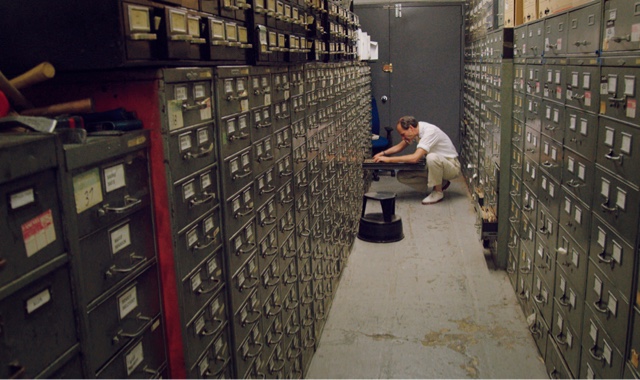 First, they mentioned the choice to run with the obituary for the guy who invented the slinky* in Obit., which I saw in the theater today. You run that obituary because that there is that ubiquitous connection to so many people in the readership. You want the name recognition, or the product name recognition anyway.

(* A quick google search and I found his wife's obituary but not his. Maybe his was too long ago to be online. Her claim to fame seems to be having picked the name "slinky.")

And, that's like Hollywood's need for remakes and reboots and sequels. Don't get me wrong, though--the audience needs these things, too. We want to see beloved characters again. We want to return to fascinating fantasy landscapes again. We want to know what happened next. After the credits rolled and the lights came up, where did our favorite characters go? What did they do? Did they really stay together or alter their lifestyles because of the lessons they learned? Did Phil Connors go right back to his Pittsburgh life and forget about his night(s) with Rita Hansen? Did Loretta Castorini and Ronny Cammareri manage to get married and stay married and be happy? Did Andrew Neiman and Terence Fletcher work together again?

Are all my examples going to be romantic comedies?

Actually, I was looking up some of the big obvious movies that anyone would know--the top rated on IMDb--and so many of the top films were sequels or had sequels. I'm not sure the audience actually wants something original. See: the Marvel Cinematic Universe films. See: the live-action Beauty and the Beast or Maleficent. See Tim Burton's rehash of Alice in Wonderland. See Ghostbusters, The Magnificent Seven, Stagecoach, The Ten Commandments, A Star Is Born, Creed.

The Oscars, though--something far from the supposed "audience." They go for more original stuff. Just look at recent Best Picture winners. Moonlight, Spotlight, Birdman, 12 Years a Salve, Argo. Gotta go back a decade to find The Departed, a remake of Internal Affairs (which had at least two sequels). Sequels and franchise films get into lesser categories often, notably special effects and sound categories. But, it is the Los elitist Hollywood-rewards-itself ceremony where original cinema fares well.

I mean, people whine and complain about how creatively bankrupt Hollywood is to make some many of the same stories time and time again. But, does that stop them from seeing them? For the most part, no. Just this year (though it is barely May), the top ten films at the box office are:

To get something at all original, you go to a horror film--

(For the record, while clearly a good chunk of the audience liked Split, I didn't care for it, was actively offended by some of the cinematic bullshit it tried to get away with, and don't think Shymalan's recent discovery of mental illness as a thing should be considered original.)

Last year's top ten has a similar problem, as far as originality.

Gotta look to the kids films for something original, and I'm sure The Secret Life of Pets and Zootopia will end up with sequels, and Sing was basically American Idol: The Movie.

A big part of this, admittedly, is marketing. The big superhero franchises, especially--they cost so much to make that they have to have a massive marketing push. Plus, they have to play overseas, and action has always translated across cultural and lingual lines far easier than quieter, indie fare. Additionally, with Netflix and Hulu and every other way of watching whatever movie you want at any time, the theater had to compete. And, the cinematic excess of the 1990s brought us a lot of multiplexes that have to justify their own existence by filling a whole lot of seats. The big box office winners have to be the bigger, shinier movies that you just cannot see at home.

And, this may get confusing because I still have not gotten to the second reason I brought up the slinky, I didn't really talk about Obit., and I have forgone the film I was going to watch today (2004's King Arthur) which I might still watch in the near future. But, that seems like enough words for today.