i want to see his chart

There's something wrong with me. Pretty sure.

But, anyway, I dealt with Phil's favorite color yesterday. I can deal with his astrological sign.

The impulse is to just give him the same sign as Bill Murray. Murray was born 21 September 1950. This makes him a Virgo. 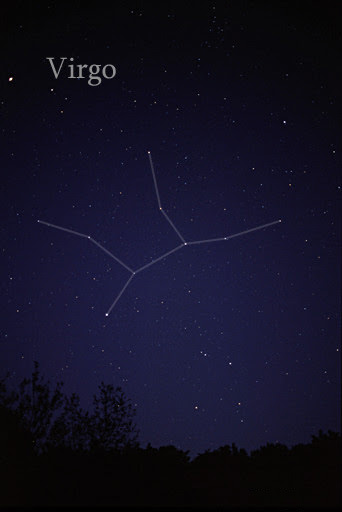 According to Birthday Personality--

(And, I must say that I just picked a link from the top of the Google search because a) it's astrology, so are there really reputable websites and disreputable websites? b) I'm doing silly things; I needn't spend all day on them.)

--that makes Phil Connors a "sensation seeker." His greatest challenge is "finding [his] own sense of direction." Yeah, that fits.

The way forward [or out of the time loop you might get caught in] is to understand that organizations or people can’t give you a sense of purpose; the only way is to find out who you are.

Phil's problem, of course--he thought before that his purpose was to enjoy himself.

People born on September 21 are fascinated by all things unusual, unexpected, erratic, and, on occasion, dark. They have the wonderful ability to inject an air of mystery and suspense into even the most mundane of occasions.

Because they are hungry to learn or experience the unusual or complex, these people may be drawn to explore novel or bizarre subjects that those with less imagination would avoid. Highly sensual, they often feel compelled to seek out new sensations and to share their discoveries or viewpoints with others. Their messages are often profound but frequently misunderstood, and this can make them feel lonely and frustrated. Part of the reason others are sometimes unconvinced by their approach or theories is that they tend to lose themselves in their current obsession, leaving others with no sense of who they are and what they really believe in. It is therefore extremely important for them to try to stay true to their principles and keep a sense of personal identity.

That's a long one, but yeah, that fits not only with movie Phil but original screenplay Phil who spends time at one point studying the local insect populations.

People born on this day tend to be attracted to individuals who are difficult or different in some way. They are witty and fun to be around, and generally don’t have problems making friends or attracting admirers. They can, however, suddenly run cold or become uncaring in relationships for no apparent reason. Only a partner as unpredictable as they are will be able to relate to and accept that.

Rita is, as I have said before a) a bit of a bitch and b) a robot. So, she fits the bill as "difficult or different in some way." Phil is definitely "witty and fun to be around" and he attracts admirers and makes plenty of friends, even when he insults them along the way.

The life path of people born on this day is to discover a sense of wonder and mystery from within, rather than seeking it outside themselves. Once they have a clearer sense of their identity, their destiny is to share and develop their original and progressive ideas with others.

So, we can imagine Phil started a new religion or became a great spiritual leader in some existing religion after his experience in the time loop.

His favorable number is 3. Remember this entry.

His "lucky days [are] Wednesday and Thursday, especially when these days fall on 3 or 12 of the month." The last day in the movie, when Phil has finally gotten out of the time loop is Wednesday the 3rd.

And, one of his lucky colors is blue, which is all over the place in the movie.

His "Power Thought" is “I know who I am and where I am going” which he can probably only truthfully say late in the loop or post-loop.

And, that would wrap that up except what got me thinking about Phil's astrological sign today was mention of the Chinese Zodiac in intercultural communication class today. And so, I'm curious about Phil's sign in that regard as well.

Bill Murray was born in 1950, so he would turn 42 the year the movie was filmed. Phil Connors, then, would be born a year later, since the movie is set a year later. So, Phil was born in 1951--the year of the rabbit (Murray a tiger). He was born in September so his "inner animal" is the rooster. He (Phil Connors, but not Bill Murray) was born on a Friday so his "true animal" is either the rabbit, the snake, or the dog. I don't know when Murray was born--a Google search provides several sites with birth charts for him but they all use noon as his time of birth as a default--so I couldn't tell you Phil's "secret animal."

But, what do those animals mean?

The rabbit, according to astrology.com, is"extremely popular and has a wide circle of family and friends. Its compassionate nature leads it to be very protective of those it holds dear, but where romance is concerned, the Rabbit's sentimentality can lead it to idealize relationships."

No, that last bit doesn't sound like Phil at all... Please note the sarcasm.

Rabbits can also lapse into pessimism and may seem stuck in life -- often to mask their insecure natures. Rabbits tend to move through life's lessons at their own, rather contemplative pace; it's a waste of time to become exasperated with this Sign's seeming disinterest in facing its problems and conquering them.

I've said more than once Phil really only improves himself when he's run out of other things to do. And, that time loop certainly allows him a very "contemplative" pace.

As for his inner animal, roosters are "quick thinkers... practical and resourceful, preferring to stick to what is tried and true rather than taking messy, unnecessary risks." Phil tests the time loop with the pencil and again with jail before really getting into it with armored truck robbery and Phil Connoring Nancy Taylor (and maybe 48 other "accessible" women around town if we go by the original screenplay).

Roosters are keenly observant. It's hard to slip anything past a Rooster, since they seem to have eyes in the backs of their heads! This quality can lead others to think the Rooster is psychic, but that's not generally the case; instead, this Sign enjoys a keen attention to detail that makes it a whiz at anything requiring close analysis.

Makes them great for time loops as well.

Above all else, the Rooster is very straightforward and rewards others' honesty in kind. Roosters aren't shifty or cagey and have no interest in hiding behind a facade. They are the proverbial open book, telling the truth and keeping their word. If you show your hand, the Rooster will respect you for it. This kind of trusting behavior can tempt tricksters to pull a fast one on the Rooster, but that would be a bad move!

If I had the deleted scenes up on YouTube yet, I'd link to the pool shark scene. But, that bit about being straightforward, film Phil is really only straightforward when it suits his purposes.

This Sign would also do well to learn to adopt the philosophy of live and let live; perhaps an appeal to the Rooster's logic -- that it's inefficient to waste time nagging others -- will help this Sign learn to let others be whomever and however they are.

Phil isn't quite a nag, of course, but he does love to belittle others.

I don't want Phil's true animal to match his year sign so it's either the snake or the dog.

Snakes are "diplomatic and popular, the Snake has the sensual art of seduction down." Of course, in my terms, it's called Phil Connoring not seduction.

Snakes tend to hang back a bit in order to analyze a situation before jumping into it. Their charming, seductive quality actually belies a rather retiring nature; this Sign is perfectly happy to spend the whole day curled up with a good book and, thus, can be mislabeled as being lazy.

Also, Snakes "must try to learn humility and to develop a stronger sense of self. Once Snakes realize that confidence comes from within, they will finally be comfortable in their own skin." That sounds like Phil.

Today's reason to repeat a day forever: to learn all this astrology stuff so I could so this from memory instead of Googling it all.