The only time Harold Ramis ever worried about his career was in 1972. He was living in Encino, California with his first wife, Anne. He had $40 in the bank. He'd written a novel with Michael Shamberg. An editor sent back the manuscript alone with a copy of The Elements of Style. He recounts the story in GQ, July 2009. "My wife said to me, 'Has it occurred to you that you might not be successful?' She wasn't saying I wouldn't be. She was just posing the question. And I said, 'Oh man. It's occurring to me right now.'"

The reporter, Brett Martin, asked, "How long did you beat yourself up over it?"

I swear this is true: At that moment, the phone rang, and it was the owner of Second City asking me to come back and produce the television show that reconnected me with Bill Murray [Ramis had covered the troupe in 1968 while writing freelance for the Chicago Daily News and had worked with Murray on The National Lampoon Radio Hour] and led to the rest of my career. So it was like one really bad afternoon where I thought all was lost.

That's it? Nothing since?

I've never had any kind of interruption that felt career-threatening.

From a lot of the bios it seems like he's telling the truth here. Not that he had it easy but his career seems to have gone fairly smoothly. 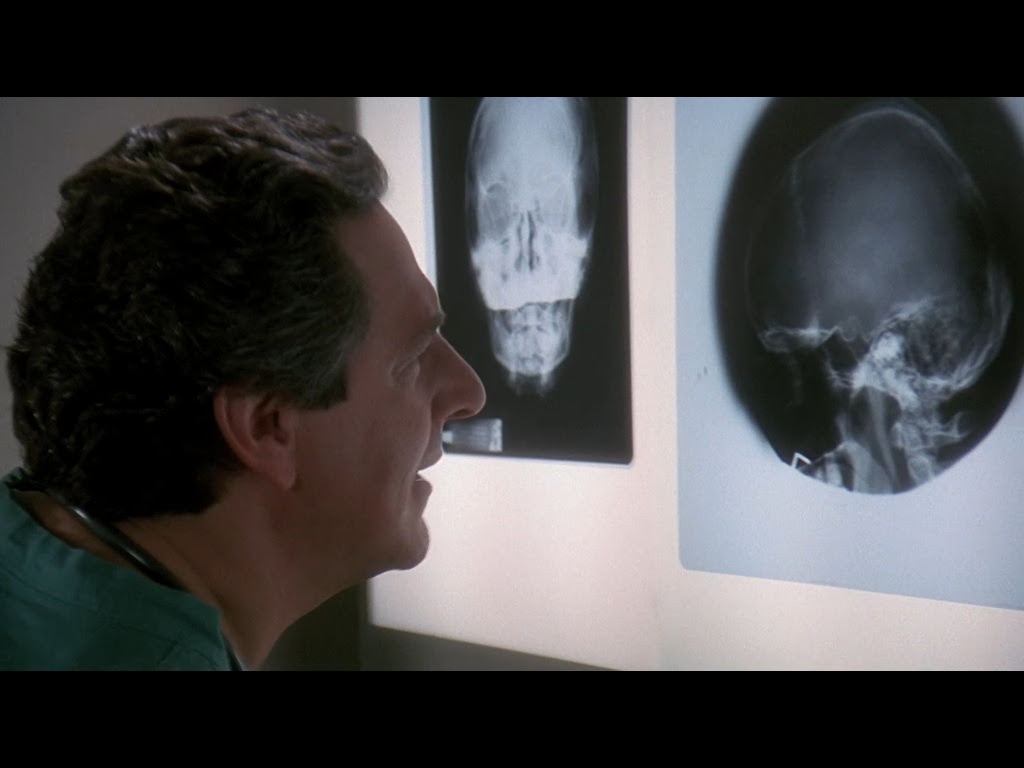 There was something in the 80s, a personal turning point, maybe his own dark night of the soul like Phil Connors' time loop. As I mentioned a couple entries back, he looked inward and measured his life. He went to various types of therapy, divorced his first wife and remarried, lost 40 pounds and gained back that and more. And, he became "something of a Buddhist."

I wouldn't pretend to know what changed. Maybe it was simply his way of dealing with success.

Regardless of his personal transformation, his career trajectory was headed up. Sean O'Neal at A.V. Club suggests that Club Paradise and Armed and Dangerous marked "an inevitable downslope" after the successes of Animal House, Meatballs, Caddyshack, Stripes, National Lampoon's Vacation, Ghostbusters, and Back to School. It reads to me more like personal preference (combined of course with staying power). And it plays it like Groundhog Day was some great comeback. As if Groundhog Day needed to be more important than it already was as far as Ramis' career, Murray's career, comedy, film.

"Harold Ramis has shaped this generation's ideas of what is funny," Paul Weingarten writes in Chicago Tribune Magazine in 1983, this before many of those films I just listed were made. His work with Second City and SCTV--those had already shaped the comedic style of many up and coming actors. Nathan Rabin writes for AV Club, 21 March 2013: "It is a testament to Ramis' enormous success and influence that a primer on his films in many ways doubles as a primer on contemporary American studio comedy." Director Jay Roach told Tad Friend at the New Yorker, 19 April 2004,

...the six films Murray and Ramis made together define a level of achievement [Roach] calls "extreme comedy." "You would watch people in the audience just lose their minds... Harold Ramis is the yardstick of what you want to reach for, of people's bodies around you going into convulsions of joy while your brain is thinking and your emotions are deeply tied in to the characters, and you're going, 'Oh my God, this is the best two hours I've ever spent.'"

Michael Shamberg, who went to school with Ramis (and who I already mentioned wrote a novel with him), and Ramis wrote and performed skits together on the campus of Washington University in St. Louis. Ramis, a National Merit Scholar, attended on full scholarship and earned his degree in English. But, along the way, he and Shamberg made a pact. "We agreed," Ramis tells Peter Garfinkel of Shambhala Sun, July 2009, "to never take work that wasn't fun, to do only what we wanted to do, and never take a job that we had to dress up for."

"Harold is my most enlightened friend," Shamberg tells Garfinkel.

I always thought he was funny, but the reason I was drawn to him was he was smart, honest, and had a generosity of spirit. As far as I understand Buddhism, it's a system of seeing things with clarity and realism. It turns out, great filmmaking is a way of seeing things clearly. The essence of comedy is seeing things clearly when others do not, and playing with the disparity between what people perceive and reality. Harold does that so well because he... is willing to entertain diametrically opposite ideas at the same time to get to the truth.

"I always thought he was a very talented writer who always had a very perceptive and intelligent point of view about the material," Ivan Reitman tells the Chicago Tribune in 1999.

"He had a special gift of bringing people along and getting the best out of people and getting people to work together," Second City CEO Andrew Alexander tells the Chicago Tribune, 24 February 2014.

Richard Christianson, Ramis' editor at the Daily News, tells the Tribune (same date), Ramis "was aggressive in his desire to succeed but never at the sacrifice of somebody else's gain... I always admired him for that. He wanted to get the brass ring, but he didn't want to deprive anyone else from having the thrill of triumph." In fact, when asked by Brett Martin in the aforementioned GQ interview, "I've heard you tell the story of coming back from a leave of absence from Second City, seeing John Belushi in your place onstage, and thinking, Oh well, I guess I'll be a writer," Ramis replied, "He was just so much braver than I was." O'Neal at AV Club suggests,

With his owlish appearance and dry crackle of a voice, Ramis usually played the more cerebral kind of smartass, whose deadpan witticisms and perpetual looks of wry bemusement offered a quiet counterpoint to more extroverted, goofball antics of his costars. This was a supportive technique he learned at Chicago's Second City, where, after a stint writing and editing jokes for Playboy, he began studying improv and performing with John Belushi and Bill Murray, whose huge character pieces and physical performances he knew he could never hope to match--and wisely he didn't try. Knowing that every comedy troupe needs someone to ground it, Ramis carved out a niche for himself as the crucial, low-key foil who made the goofballs work.

That last sentence seems like an apt description for his career as director and writer as well. Nathan Rabin at AV Club tells us, "Ramis was always willing to defer to the singular talents of others; [for example] after co-writing the script for Caddyshack, he famously let Murray improvise his entire role as a demented, sideways-talking groundskeeper locked in an eternal war with a rascally gopher."

Today's reason to repeat a day forever: to incite the goofballs to their greatest antics then to surpass them.