the only person i knew in new york

I’ve only ever watched Annie Hall once all the way through. All my fellow film fans may gasp with horror now.

I’m watching Annie Hall (and Manhattan) before When Harry Met Sally.. (and I have been getting that title wrong, leaving out the ellipses) tonight. If for no other reason, I’m doing this because others compare them. Roger Ebert (1989), for example, refers to Harry and Sally as “two people who would be characters in a Woody Allen movie, if they weren’t so sunny.” James (1989), who calls the film “a perfectly pleasant Woody Allen wannabe, full of canned romance,” compares the details; she begins her review with the following:

The opening credits feature Woody Allen’s trademark white letters on a black background [because, apparently, white on black titles are unique in film], with a jaunty version of “It Had to Be You” on the soundtrack. The score is rich with Gershwin, the camera infatuated with Manhattan, the dialogue obsessed with love, sex, and death. Altogether, Rob Reiner’s “When Harry Met Sally...” is the most blatant bow from one director to another since Mr. Allen imitated Ingmar Bergman in “Interview.”

I don’t know about that last bit—I’ve never seen Interview and don’t even know enough about it to know if that should be a shock. I’ve seen a lot of movies—my “seen it“ list on IMDb is somewhere over 4000 movies these days, and I know there are movies that should be on that list that I have missed. It bugs me sometimes, but I’ve run out of ways to figure out movies I might have missed. A lot of obscure horror films and action films from the 80s are probably missing. We used to rent movies all the time from The Warehouse over in Hastings Ranch. That’s in Pasadena, for those of you not from around here. We’d drive over and pick up a few movies, mostly on weekends I think. And, there was the discount theater where we’d see double features quite often... But, I was talking about Annie Hall and When Harry Met Sally..., particularly James’ comparison of the two. 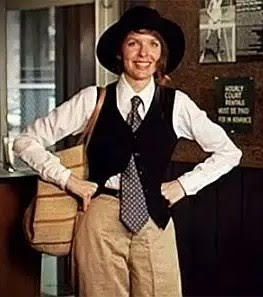 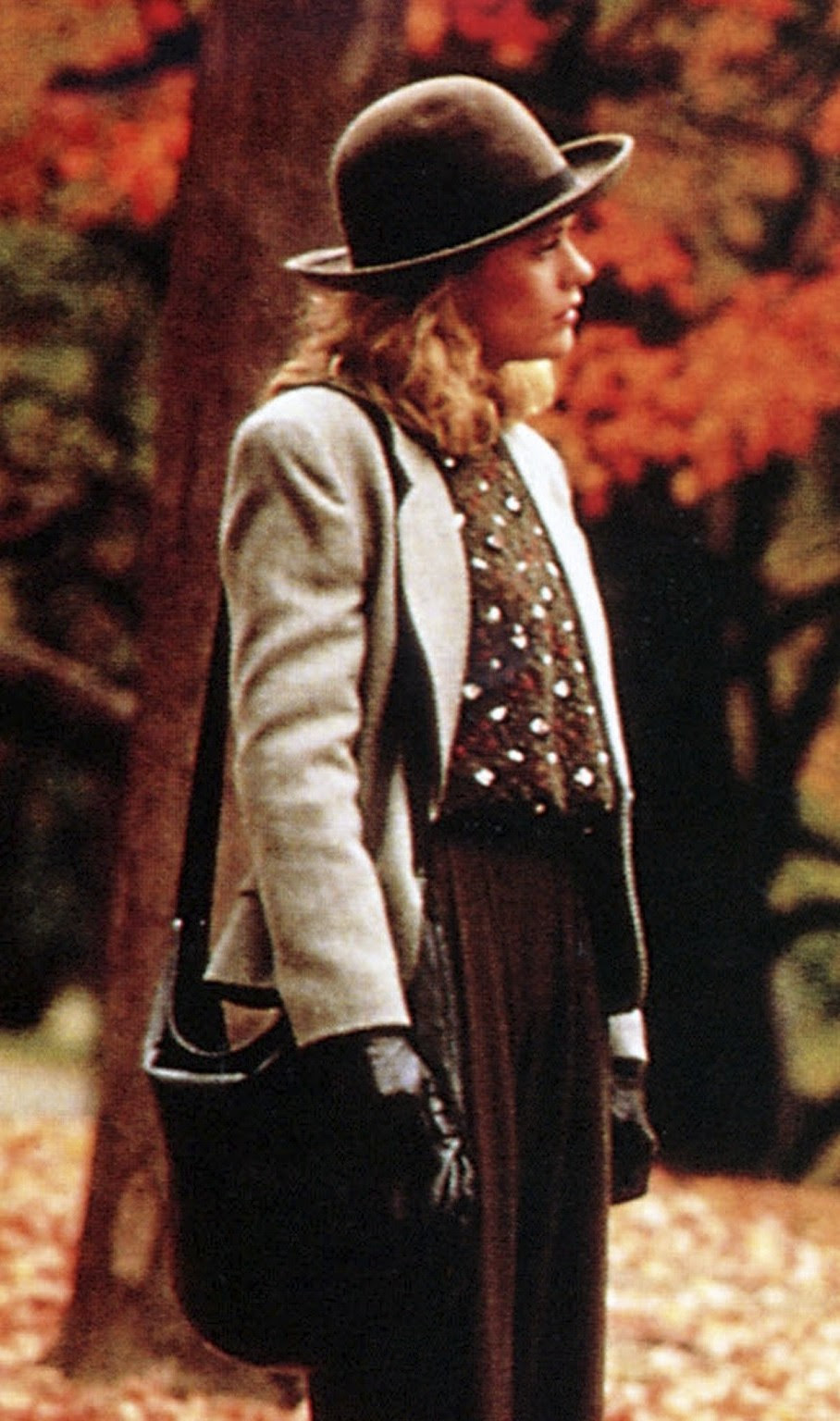 Sally, James points out, wears “an Annie Hall” hat at one point, and I gotta complain again, because Woody Allen (or, rather, Annie Hall) doesn’t own that look. Hell, Annie looks to me like a cross between Charlie Chaplin and Buster Keaton, but with longer hair. 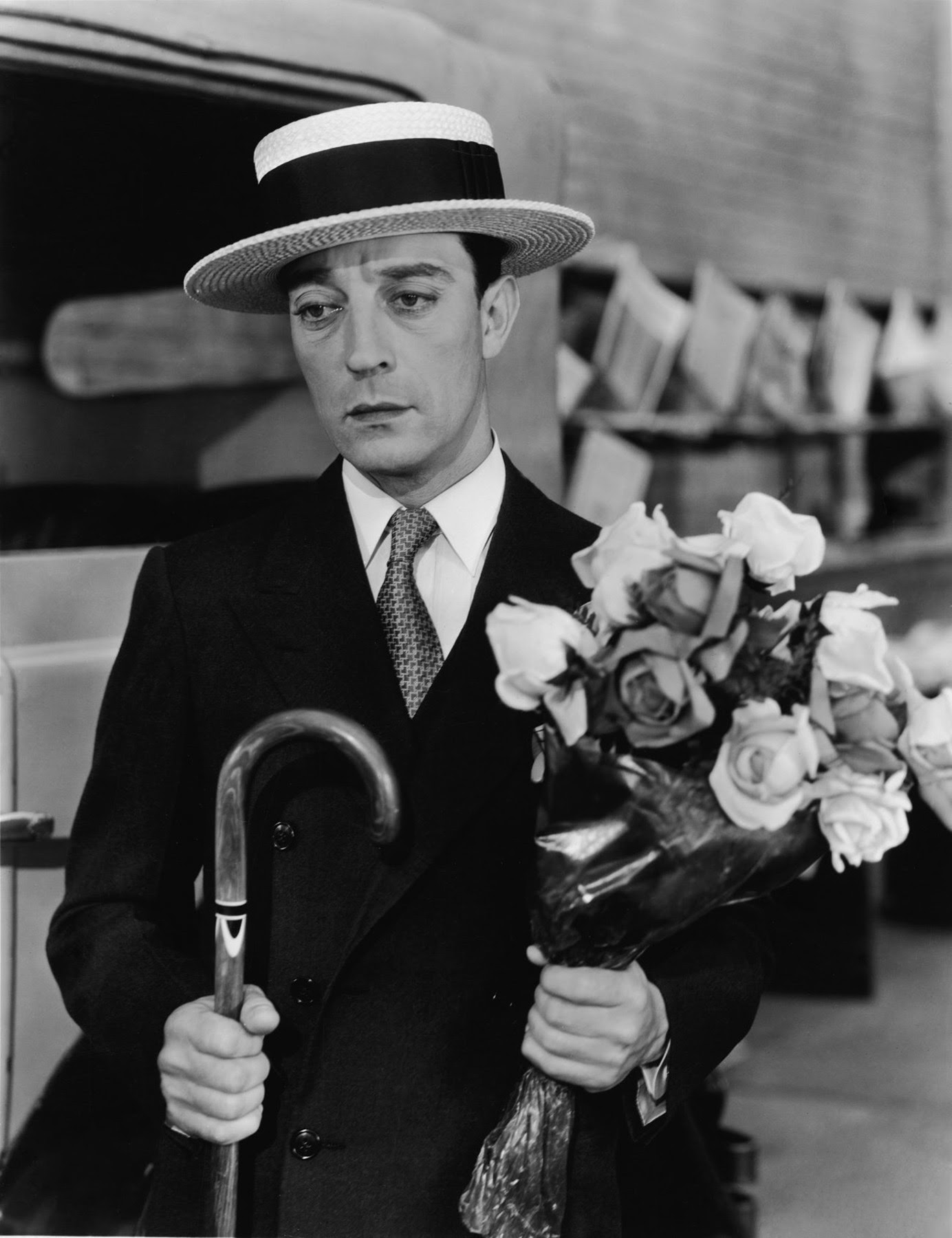 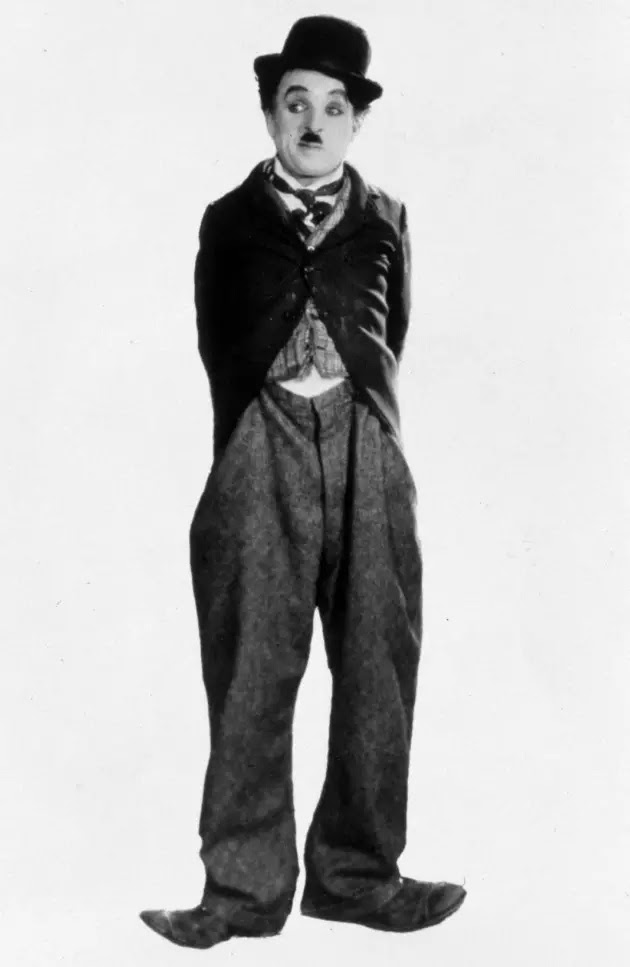 Not exactly an original look, though putting it onto the woman in a romantic comedy is... something new, I suppose.

Mr. Allen can get away with such a rarefied vision because, as he put it in “Manhattan”: “He adored New York City. He idolized it all out of proportion.”

[Nevermind one of the next lines, when he readjusts the opening of chapter one: “He was too romantic about Manhattan, as he was about everything else.” Too romantic about Manhattan. Reviewers love to claim that such-and-such city is a character unto itself in some movie or another. Manhattan is not a character in Annie Hall. I’m only 13 minutes into Manhattan, which I don’t think I’ve ever seen before—go ahead and be shocked, film fans—so I’m not sure if it really matters much here. I imagine all that matters is that it’s a big city (see below for more on that), the specifics are less important.]

Gently mocking his own romanticism, Mr. Allen gives his films depth and a believable, astringent undertone. But Mr. Reiner has a simple faith in fated love, which makes his film cute and sentimental rather than romantic and charming. “When Harry Met Sally...” is like the sitcom version of a Woody Allen film, full of amusing lines and scenes, all infused with an uncomfortable sense of deja vu.

Even Karpel (2008), who seems to like the film far more than James does, calls the film “a loving homage to a director who has already lost his romantic-comedy way.” I’m probably usually one to suggest a film in a particular genre (or subgenre) is just like the previous examples within that same genre (or subgenre), but I also figure it’s safe to look at a film on its own merits. For example, I may write broadly about slasher films but I deal with Scream specifically, and intend to deal with some other examples in October. Watching Annie Hall again right now, I don’t see much similarity between it and When Harry Met Sally... that isn’t simply a staple of romantic comedies. In fact, I would argue (though admittedly, as I type this, I’m about 20 minutes from the end of Annie Hall) that When Harry Met Sally... is a far better film simply because it has an obvious story to it. Right now, I have no idea where this movie is going, where it can end. Scenes just kinda of happen. When Harry Met Sally..., on the other hand, has an obvious direction to it. Here, any direction seems arbitrary.

Henderson (1978) makes a good point about romantic comedies; he writes: “The romantic comedy has always been urban and urban-oriented, aggressively, smugly assuming the superiority of city over country” (p. 19). The point is not that it’s New York or Los Angeles or Paris or Punxsutawney, Pennsylvania for that matter... well, that last one is more like a counterpoint because it is not urban. The big city is where things happen. I remember an essay I read several years ago—when I was going for my Bachelor’s in History, about how moving to the big city altered the lives of Russian migrants (Phillips, 2009). The city provides opportunity. The opening of When Harry Met Sally... is vital here, in that they are recent college graduates headed to New York City because that is supposedly where one can make something of oneself. That or Hollywood (Los Angeles), but neither Harry nor Sally intend to be actors. Absent say, a Hollywood-linked story or a Broadway-linked story, the specific city doesn’t matter.

(Insert long pause here, and I’ll get back to writing more specifically about When Harry Met Sally… tomorrow… sort of.)