when you can’t trust the lawyers or the advertising men

Today: a deconstruction of this year so far in film... for me. I saw Three billboards outside Ebbing, Missouri this morning--and loved it--and got to thinking about the little movies that not enough people see. Take for example this list of things that bother me (an incomplete list in not particular order):

That last one. Bugs the crap out of me. Especially in a year in which one of the biggest films at the box office--Wonder Woman was also pretty good. Especially when some of the same folks who I see saying as much also saw Logan and Get Out but probably don't even remember that was this calendar year because this year is taking so damn long.

But, it's getting into Oscar season. I recently woke up my Oscars page on Facebook and my Oscar Fan Twitter account, because the Academy is starting to announce shortlists for some of the "lesser" award categories, there are special screenings, soon there will be critics associations' awards. For a person like me, this is like Christmas except it's a few months long (and it's got the actual Christmas right in the middle of it). So, if you trust me (and I know most of you do not), then I will tell you what I liked so far this year.

(Basically, I'm running down my ratings list on IMDb from this year and noting the films that I gave 10 out of 10... I also might note some 8s or 9s, if they were particularly unique, so don't hold me too strictly to the standard.)

Like the Academy, I will go by the calendar. Meaning: these are movies I saw this year, even if they might've been foreign films released previously, or older movies I finally got to online.

The first movies I watched this year were some documentaries that were nominated for the Oscar--Gleason, and Life, Animated. Both good, and Gleason was horribly sad. Oscar nominated foreign films also came early in the year, because that's when they become available in this country. Toni Erdmann, for example, was amazing. And, I would recommend you go watch it rather than catch the English-language remake that's supposed to be in the works. Land of Mine and A Man Called Ove were also fantastic.

In the midst of catching up on Oscar films, I also finally got around to movies like Man Push Cart. More than a decade old. Great film.

Then came Get Out. This one did well at the box office, getting not just love from critics but audiences. And it deserved it. Logan came along not long after, and while it has a narrow audience, it is one of the better films made for that audience.

The Belko Experiment is not a film for everyone, and it's not even particularly original, but it does what it does so wonderfully that I couldn't help but mention it.

Your Name, Japanese animated film that is supposed to be being remade. Instead, people should just watch the original--

(Really, my policy with remakes (to which, of course, there are always exceptions) is that movies that had some good concepts but poor execution are the ones that need to be remade.)

--because it is a story tied to a specific time and place and I don't think a remake will have the same sense of its own setting.

Guardians of the Galaxy Vol. 2 has some big flaws, especially in its structure, but it's just so damn fun. Wonder Woman has some flaws, too--yeah, I said it--but it was fun, it was well put together, and it hit the zeitgeist wonderfully.

I didn't give Cars 3 a 10, but it was far better than the second one (or either of the Planes films, and may actually hold up better than the first one to repeat viewings.

Baby Driver has some flaws in its ending but is such a beautifully put together thing it deserves a viewing.

A Ghost Story will probably be hard to watch for most people; it's got a whole lotta quiet moments, long quiet moments, and its final resolution might anger people desperate for a payoff, but it is a meditative treatise on death and grief and moving on (or not) and that is the kind of thing all of could us sometime.

Wind River is not perfect. In the end, it feels like it is lacking something. But, it's performances and its direction lift it above itself.

Brigsby Bear is the one here that you've probably never even heard of in passing, and it is such a strange, and strangely optimistic little thing, it would be nice if it got more attention.

I've said before, most people will not like mother!, but I loved it.

Loving Vincent isn't a perfect film, but deserves to be seen, if for no other reason, for the sheer amount of effort put into it--it's a documentary on Van Gogh that was hand painted in the style of his paintings.

Happy Death Day might not actually be perfect. It might just be my Groundhog Day Project blinders getting in the way. But, I actually almost saw it a fourth time in the theater last week when the movie I was there to see LBJ was the mommy screening that day. (While I love that the mommy screenings exist, because I want more people to be able to see more movies, I have no interest in attending one.)

Some smaller movies you might've heard of but that aren't for everyone (and I only gave them 9s) that were out recently were Professor Marston and the Wonder Women, The Killing of a Sacred Deer, The Florida Project, and Lady Bird. And Three Billboards outside Ebbing, Missouri. 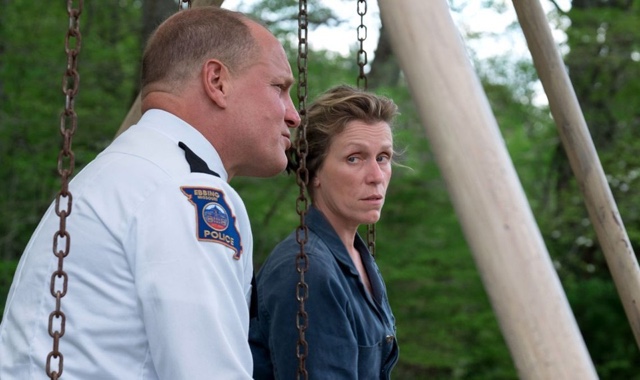 At the end of my YouTube reviews last year, I implored viewers to see more movies. There are just so many movies out there; trust me, there are plenty worth watching at any given time. Especially if you can only get to the theater every once in a while. Me--I go anywhere from 1-4 times a week, depending on what other stuff comes up. I know that's not normal. I know I think differently about films than most of you do. But, there's certainly some middle ground you all could reach for.