add it to the blacklist

Allow a bit of paranoia.

Perhaps I will manage to be hopeful another day soon, but not today.

Watching V for Vendetta today, I found it far too easy to imagine it's world as our own. One specific thought that occurred to me: We're lucky that neither Trump nor any of his have the charisma or wit of Prothero or Sutler. But, as it echoes 1984 and that sort of Big Man version of dictatorship is all too possible. This sort of dystopian story writes itself a bit.

And, I was going to talk about Colin Kaepernick and Kathy Griffin, maybe throw in a little Madonna. But, I feel like adding my voice to that chorus will do very little.

Like I'm getting too political and ignoring the movie itself. And, I am both happy to keep going that direction and troubled by the prospect.

There's just too much other stuff to talk about. 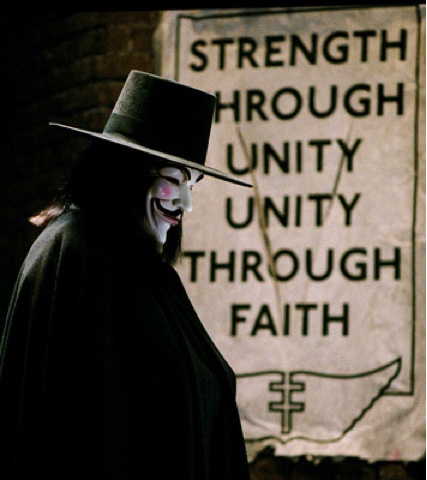