It's actually earlier in 1978, now. I neglected to get all of these movies in exact release order. Apologies. Anyway, the movie is Heaven Can Wait, a remake of Here Comes Mr. Jordan, and not a remake of the previous film called Heaven Can Wait. Warren Beatty reportedly wanted to cast Mohammad Ali and do a straighter remake--the protagonist who comes back was a boxer--but Ali wasn't willing, Beatty stepped in himself, the protagonist became a football player, and well, Heaven Can Wait happened. Now, I saw this a lot as a kid, but I don't remember liking it much until I was a a bit older. I found it kind of boring when I was really young.

I think the guy's death just a few minutes in amused me, though. Riding his bike through a mountain tunnel, and some van with surfboards on the roof is trying to overtake a truck with a camper, so both lanes from the other end of the tunnel are occupied--CUT TO BLACK.

At the weigh station in the clouds--which of course, has a Concorde (fairly new in 1978; in fact, this was before the Concorde entered the Airport series of films in Airport '79)--Joe Pendleton (Beatty) doesn't realize what's going on, then does and rejects it, and it turns out his "escort" pulled him out of his body before the accident, and he wasn't even supposed to die. He wasn't supposed to die until 2025. And, to add insult to injury, his body has been cremated. So, he needs a new body. Amusing sequence comes in which Mr. Jordan (James Mason) takes him to the scene of several men dying--first guy, a tightrope walker, is too short; second guy, a race car driver, speaks German, and Joe can't do that because he still wants to go to the Super Bowl and he can't call his plays in German. Third guy is Leo Farnsworth, a rich man who has just been drugged by his wife Julia (Dyan Cannon) and her lover Tony (Charles Grodin). Before Joe has decided to accept the new body, he sees Betty Logan (Julie Christie)--he is about to replace her English town with a refinery, she comes with a petition to stop him--and he is smitten as Warren Beatty is so often in film, and the only way to help Betty is to take the new body...

And, of course, he's still Warren Beatty in the new body, because, as Mr. Jordan explains, "Inwardly, you haven't changed. You're still Joe Pendleton. That's what you and I see. But outwardly, you're Leo Farnsworth, and that's what everyone else sees." In context, this is suggestive of the existence of the human soul, of course, which obviously exists in a world such as that of the film. But, outwardly, it's the kind of thing I might've latched onto in this blog... or might latch onto in the coming days... or in today's blog if I don't find myself in the mood for the rant I expect to come soon from a different angle. The whole issue of identity being just a presentation--I mean. This is a Beatty film, through and through, even though it is a remake, so that means it's political. In fact, Beatty only directed this film because it seemed easier than Reds and it was his first time directing (he would direct Reds three years later.

(And, I was surprised just now, while checking the timing of that, to see that he has actually only directed a handful of films--Heaven Can Wait, Reds, Dick Tracy, Bulworth, and last year's Rules Don't Apply. He's always been such a big figure in Hollywood, I was sure he'd directed more of the many films he's starred in.)

The comedy here is awesome, so many bits that come out of nowhere like Tony claiming that Julia saw a mouse, or Joe asking Julie "How you doin' down there?" because the dinner table is so long, and she almost chokes on her food.

Joe as Leo is an interesting character, like Dave in Dave, or Mr. Smith when he went to Washington--he learns of the awful things his company is doing and starts being a little too honest with reporters, and with his board of directors, about what's going on. Like his titular Bulworth so many years later, his impulse is to be honest. And, I like that. Not just the politics coming out of it, but on principle.

And, no, I'm not intending to segue from this football player speaking out to current protests from footballs players, or our president calling them sons of bitches for doing so. That's too easy.

His house is comically large, full of so many servants that he has to find a closet in order to talk to Mr. Jordan in private when he returns. He flies to his board meeting by helicopter from his front lawn to the Bonaventure (finished since Skip Robinson was working construction on it back in Adventures of the Wilderness Family). There's clear satirical elements here, but Beatty is aiming higher.

Of course, Beatty is an idealist, personally, romantically, politically. That I immediately recognized his "smitten" gaze is because he was doing that all over again last year in Rules Don't Apply, smitten by Lily Collins' Marla, he did it in Bulworth, smitten by Halle Berry's Nina, he did it in Dick Tracy, smitten by Glenne Headly's Tess, and in, well, probably every movie he's ever been in. And, he was a womanizer off the screen back in the day, too, yeah. So, I'm sure that's his real look when he falls for a woman. It's simplistic--love at first sight--but it's romantic. Is implies--either because that's what he's going for, or because that's what he really feels--that love is something grand and unpredictable, that it can come upon you by surprise.

Meanwhile, Joe bought the Rams (his former team) so he can play with them and this bit of hilarity happened:

"What kind of pressure did he use, Milt?"

And they keep rushing him before the hike, then apologizing. It's great.

But, I was talking about romantic ideals. I mean, beside playing football even when you're stuck with a new body that isn't in the same shape as your previous one. Beside falling in love at first sight. Beside not wanting your corporation to poison people, to kill dolphins to make tuna, and to uproot whole communities. Beside believing cops shouldn't be allowed to just kill people and get away with it. 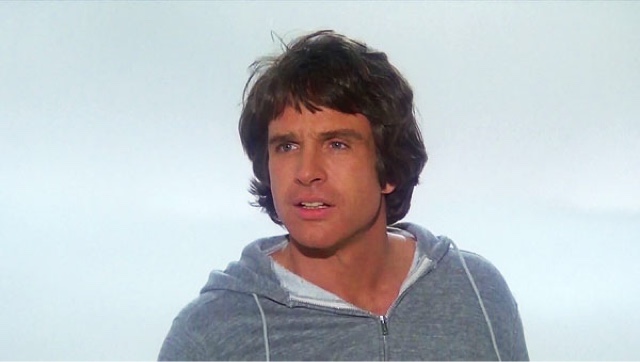 Why can't love be as simple as being smitten?

Why can't idealists be more successful than assholes?