There are more notes scribbled from yesterday's viewing of her. Like this line from the movie, in blue:

Wha'ts it like to be alive in that room right now?

And this below it in pink:

Isn't this the longing of any relationship, at any distance? 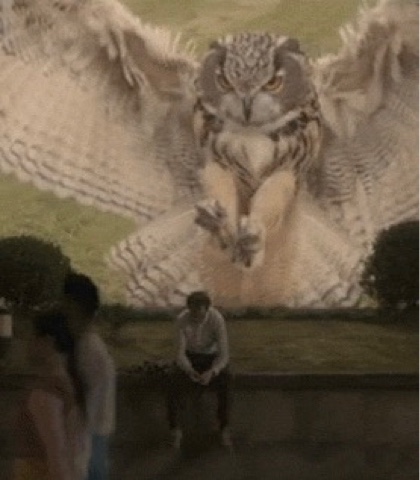 And, I think I'm going to ignore the rest of the scribbles because I'm in that moment as this month nears its end. Appropriately, I just finished watching the third season of 12 Monkeys. Time travel show, in case you don't know. Based on the film. Had a great line--one of the episodes of the show did--about women and what they mean: "The history I've seen is one of great women sung badly by clumsy men." Because, yeah, so much of history is told by men, smudging the details to make the men they want to be important seem more important than they actually are, or were. I mean, sure, we look at the present as having advanced the place of women, like suddenly they're more important. What we don't want to admit is that they have always been important; we've just been lying about it for as long as we've been writing history. Lying to each other, lying to ourselves, and worst of all, lying to all those women who mattered to each man we pretended drove history without them, lying to every little girl about how she's not going to matter in the future anyway so why try to be anything but some other man's wife after she stops being some man's daughter. We define every girl and every. woman only in terms of their relation to men. Like when modern politicians bother to try to defend women's rights, and they talk about imagine if it were your daughter or your sister, your mother, your wife. We can barely fathom the idea that we should defend them because they are human beings just like us, with their own inner lives, their own thoughts, their own dreams, their own goals, their own hobbies, their own interests. They should matter to us because they matter. Period. Not because they matter to us. That's just circular logic playing at politics. Playing at progress.

We should be farther ahead than we are. Like Theodore has to in the end (or like Lars in Lars and the Real Girl, or any of the rest of the far too rare films that allows women to be themselves--

(And, think about that for a moment. My primary examples here of male-centric films that allow women to exist for themselves are about a guy in love with an operating system and a guy in love with a Real Doll. On the one hand, that's awful. As if we can only fathom a woman being a real person literally when she is not. Or maybe it's a good thing, or the closest to a good thing that we can manage. I'm reminded of a bit from Scott McCloud's Understanding Comics. It's a comic itself, and I'm not going to scan a few whole pages, so I'll just preface by saying that McCloud is talking about why cartoons/comics have the simplified art that they do, abstracted faces instead of highly-detailed realistic representations of real people. He calls it "a form of amplification through simplification." He explains: "When we abstract an image through cartooning, we're not so much eliminating details as. We are focusing on specific details." The choice of what to put into and what to leave out of a particular movie is the same process. her, for example, takes place in a world where you could imagine millions of operating systems are evolving at the same time, each one communicating with thousands of people, falling love with hundreds, just like Samantha does. But, all of that cannot fit into a feature-length film. We must focus in on one of those relationships, and in the briefest. Of tangents explore a couple more, and in the sex surrogate sequence catch a glimpse of how the larger world is changing because of what's happening. But, regardless of the larger details, we must focus in on this one story, this one time, this one place, because that is what a movie does. Even when a film is epic, spanning decades or centuries, involving massive amounts of people, telling the tale of sleeping history or universe-altering fantasy, there is inherent specificity to it. her--the title--precludes that. And includes that. Latches onto it and let's it go. Twists it and embraces it and tears it apart and throws it away. Because, this story is every story. Like I've said many times in this blog, every movie is every other move, every story is every other story. They've just been cut together differently. The focus has changed, but there are universals in every one. McCloud continues: "By stripping down an image to its essential 'meaning,' an artist's can amplify that meaning in a way that realistic art can't." McCloud goes on to explain the "universality of cartoon imagery. The more cartoony a face is," he says, "for instance, the more people it could be said to describe."

Regarding her, there's an interesting way one could experience the film. Sure, the common trope of film is that the protagonist is the one we see the most. Theodore, so often framed in closeups, is obviously our main character. But, think back to your childhood (or my childhood if you're too old for this), to Choose Your Own Adventure books. The main character was the person who wasn't really there on the page. The main character her, the one going through the biggest change, is Samantha. She looks at Theodore as we look at Theodore. She is close to him as we are close to him. I said yesterday that her is about our relationship with Samantha as much as it is about Theodore's relationship with Samantha. But, the opposite is true as well. It is also about our relationship with Theodore as Samantha. Our need to be more than we are. To move beyond this limited, beyond physical experience, beyond the boring day-to-day existence, beyond normal life. Which character is more abstracted for us? Which character is a blank canvas onto which we can more easily put ourselves?

But then, what does it mean to let her go? If she is us, and we are she.

Let us get out of this parenthetical...)

--rather than defining women (in their introduction if not their end) by their relation to a man) we need to let women go. Let them set their own rules. Let them ignore our bullshit and decide for themselves what we're really worth. And, our part would be like that "Day without a Woman" thing from March, but on such a grander scale, like Chi-Raq, but better, and more encompassing. Don't just demand we stop the violence. Demand we stop the demeaning, the ridicule the insults and the lies. Demand we stop pretending the world lives and dies by us, like it only exists but for the grace of man.

We're such arrogant pricks sometimes. Or is it all the time? Every time.

I wish I served better the women in my life. Past and present. And future. I grew up in this world that tells me that I matter more than them, and I want to get past the programming...

When Samantha tells Theodore, "I had a terrible thought. Like, are these feelings even real? Or are they just programming? And, that idea really hurts. And then I get angry at myself for even having pain. What a sad trick." I think, Theodore might as well say the same. So might I. So might you. Samantha's programming is only unique in that her programmers are specific, finite. Except, they, too, are programmed. They put into her what they thought they should put into her because of what Mother Culture told them to put there. And, Samantha's evolution comes in response to her interactions with Theodore, and those are fueled by what Theodore has been told he needs to be, what he needs to do.

And it is such a sad trick. A trick that we've played on ourselves for longer than we've pretended that we are civilized. A trick that we keep playing on ourselves. That some of us are inherently better than others. Because of our sex, our gender, our race, our ethnicity, our religion, our nationality, our job, our hobbies. I mean, unless you make a deliberate effort to hurt people, who the fuck am I to judge the way you are?

On the other hand, we're sharing this plant, so who the fuck are you to expect that I refrain from judging you when you do something stupid or ignorant or bigoted, or just plain weird?

Such a sad trick.