well, she is or she isn't

And then there’s that moment that Patrick doesn’t kiss Kat. Ostensibly because she’s been drinking and might still not be entirely in control of her faculties, and he’s a better man than Joey will ever be. But, in that moment, that isn’t how Kat experiences it. Two things are going on. On the one hand, given her shorthand history, Kat expects a guy to take advantage

(and when she's the one offering, it's not even taking advantage, so much... Except inasmuch as she has been drinking, but if that's true, she's hardly in a position to judge, and if she's sober enough to judge, then she's not drunk enough for it to be)

or, on the other hand, she's in that moment feeling like a "normal" teenage girl and Patrick is rejecting her.

Or maybe she's horrified at herself because she compromised who she has chosen to be for this boy and then he turned her down (for good or for bad). In that moment, maybe she isn't mad at Patrick as much as at herself. 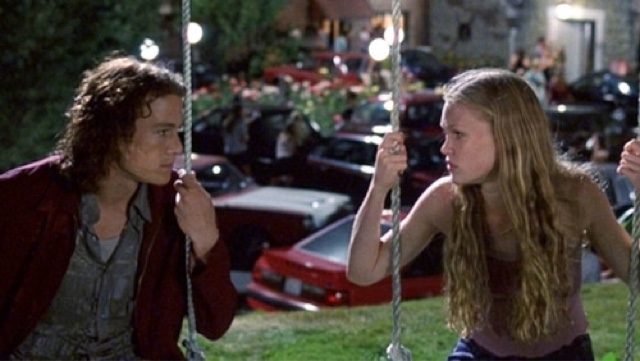 We want it to be simpler. Like Kat has to be feminist or she can like Patrick, she can be the shrew or she can be tamed; she can't be both. But, reality is never that simple even if films usually are.