you look across the room

France's Ha is not feminist. It just happens to be centered around a woman, France's (Greta Gerwig). A woman of 27 who isn't quite managing to, in the modern parlance, adult.

And, I've never seen it before (though I have liked other Baumbach films, I never got around to this one), and I think I'm rather enjoying it.

Its description on Netflix is odd:

Determined to make it as a modern dancer in New York, a young woman pursues her unlikely goal with more enthusiasm than natural talent.

Now, to be fair, the film is not quite over as I'm writing this. But, 1) France's definitely does not do anything with notable enthusiasm. She explicitly has trouble leaving places, getting up, getting out of her apartment. She wants to be a dancer, sure, and hell, maybe she's got more enthusiasm than talent there, but 2) the film is just not about that. That's just one tiny aspect of Frances' life. More of the film deals with her increasingly distant relationship with her best friend and roommate and her awkward (almost markward, if you're a longtime reader of this blog and know what that means) interactions with new people.

And, if you trust Godfrey Cheshire over at rogerebert.com, "Baumbach captures the current young-NYC-boho milieu with an exactitude that's almost anthropological and a lyricism that's both droll and engaging." But, I've never been to New York yet, so I just gotta trust it. 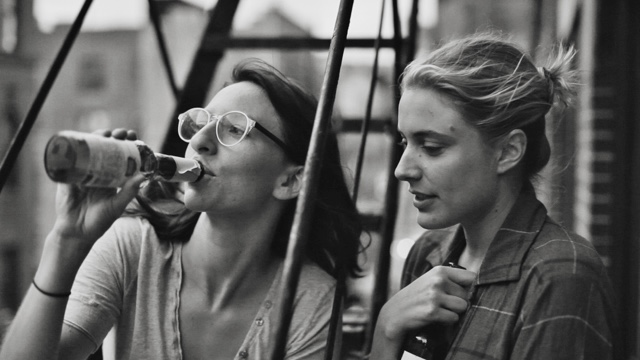