(Taking a break from talking about feminism, ironically, because I'm watching the very female-centric and female-populated Orphan Black right now rather than another movie for today. The movie I did see was--) 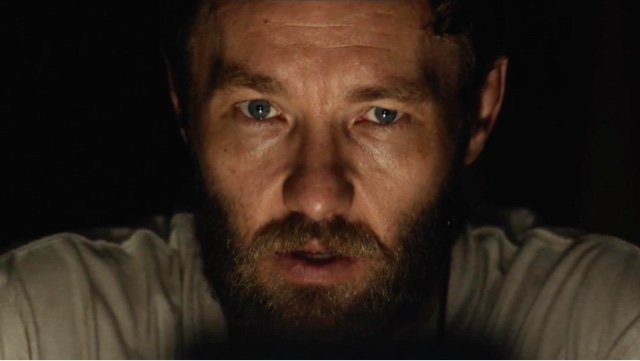 Which brings me right back to yesterday with The Mummy because that is yet another movie that offers up some random text (in this case a supposed Egyptian proverb) and narration. Now, I am not against the use of voiceover. But it has to serve a purpose, like in, say The Opposite of Sex, or a film you've probably heard of--Memento, but that one actually offers up an onscreen excuse for the voiceover, so it isn't quite narration. How about Adaptation.? You've seen that one, right? If not, go, find it, watch it, love it. Or whatever. It's only like my second or third favorite film ever. Fight Club--that's a more obvious example, I guess. Just didn't come to me right away. Think of that voiceover, how Ed Norton's narration both informs and distracts us from the action because that's what his brain is doing to him. Or The Assassination of Jesse James by the Coward Robert Ford; seriously, the last sequence of that movie would not hit as hard without that voiceover. Or Kiss Kiss Bang Bang.

(And, I find it interesting now that I'm thinking of some of my favorite films for this list of great uses of voiceover. Right after I said that I love a movie that doesn't explain itself. Of course, there is, arguably, a difference between a main character explaining themself and a film explaining itself.)

But, then, there's bullshit narration like in The Mummy or--I just caught the end of this one again on Syfy last night before Dark Matter--Maleficent. It's tell without show when the show would be more fun...

Except, The Mummy actually offers us an opening sequence in ancient Egypt that also doesn't need to be there. We don't need the show up front because a) we are not that stupid (or I'd like to think we're not) and b) the movie is going to involve flashbacks to that same stuff later anyway. Similarly, Jekyl is going to offer some ex positional dialogue later that echoes much of his initial voiceover. Start us with Nick and Chris nearly getting killed in that village in Iraq--without the stupid subtitle*--and the air strike and the big hole in the ground and we don't need ancient Egypt or voiceover, and it might actually play better Bu Hollywood is too damn cynical for that. Gotta lay everything out for the lowest common intellectual denominator in the audience and overwrite, and rinse and repeat until the audience is beaten into submission, then excite them right back up with mindless violence, and keep that pattern going until the credits roll.

* that subtitle: Mesopotamia, Cradle of Civilization, which is bad enough already, then the movie adds Currently Iraq. How about, it's a fucking desert, a war zone, and we're going to here it referred to as Iraq in dialogue a few times in the next several minutes anyway so don't fucking dumb every ounce of information down?

It Comes at Night will bore a lot of people, will irritate a lot more. But at least it isn't so fucking dumb as to offer up a voiceover about the end of the world and the disease that killed most of the population (if that's even what happened), cut to house in the woods and action. Instead we start with an old man with visible sores, and he looks like he's mostly dead already. A muffled voice speaks to him from offscreen, and then we see it's muffled because everyone else in the scene is wearing a gas mask, and we know that some serious shit is going down, and we DON'T NEED IT EXPLAINED TO US LIKE WE ARE TWO FUCKING YEARS OLD.

Interestingly, I'm trying to come up with some more examples of bad narration, and Google is no help because all the pieces are about great examples. The rule is that you don't use voiceover but every damn article talking about that rule is talking about how breaking it can be a good thing. Where are the bad examples? I mean, it feels like half the big budget movies these days start and end with voiceover (with none through the middle, of course) butI cannot think of a specific bad example. Maybe they are just so forgettable it doesn't matter. Except they also make me angry, and I don't want to start a movie being mad that it exists.

(I have, by the way, spent some time picking apart the use of voiceover in the original script for Groundhog Day of course: Day 49 Day 50 Day 51.)

Useless framing sequences make me mad, too. For example, I enjoyed Wonder Woman, but damn it if those two bits in modern day Paris served no fucking purpose but to remind us all--when marketing has made it rather obvious for a while now--that this ties into a larger universe.

It Comes at Night offers up a finite bit of time in a story with no real beginning and barely an end. And it is amazing and frustrating and bizarre.