just stay for a while...

Today is Day 1096, the last day of the third* full year of this blog. I'm watching Groundhog Day tonight. I saw The Emoji Movie today. I don't think I have a lot to say.

Two important movies in theaters right now... No. Two important movies in theaters right now are Detroit and The Emoji Movie for two very different reasons. I was going to joke about how both involve the use of force to stomp out those who are different from the norm (not white, and not singularly expressive), and I can still say both will induce rage in the discerning viewer. But, I won't go any further with the comparison because it would be 1) disrespectful to what Detroit represents, to what it could and should do for its viewers--and those viewers should be many, and won't be enough-- and it would be 2) pointless when there are better points to be made. For example, Detroit should make you angry because people are racist assholes, because the slave trade and systemic racism and economic overhauls transformed this country despite its darker-skinned citizens, stepping on them and over them to advance the privileged white folks, and when industry changed and cities like Chicago and Detroit and Pittsburgh and Pittsburgh lost a lot of what made them a useful place for black people to go, we did nothing for them. Water poisons people in Flint, a city already made lesser because of auto manufacturing moving away, and we do nothing. Some of us rant, some of us rave, a few politicians speak up, but what really gets fixed? Nothing. And, just today, I read a New York Times piece about how Trump's Justice Department is going to look into affirmative action practices in college acceptance that are racially based, i.e. Trump's lawyers are going to go after schools for daring to challenge white privileged with a few students of color. And, if that doesn't make you angry, there might be something fundamentally wrong with you.

Meanwhile, The Emoji Movie induces a different kind of rage, because the lack of imagination on display, catering to an audience too young and naive to know any better, is rather disgusting. You can rage at the cynicism that makes anyone think this film was worth not only making but putting out into theater's midsummer as if it's a blockbuster. You can rage at the inanity of it's premise. Or just rage at the pathetically obvious--and absolutely uninspired and misinformed (and misinforming) comparison made by a schoolteacher in the film between emojis and hieroglyphs.

For the record, the movie isn't, as you're watching it, as bad as most of the reviews would have you believe, it's just so... obvious. So generic and basic. A movie like this could have been subversive and clever--something more like last year's Sausage Party but aimed at a more family-friendly audience--really working at exploring what it means to be forced into a specific role by society and how supposedly devastating to the world it can be when one person steps out of line. Instead, everyone just calls Meh a freak, he's scheduled for deletion, and the by-the-numbers escape plot ensues when the movie needed more story instead. You get a basic be-yourself message stuck onto a plot that rips off much better movies like Wreck-It Ralph and Inside Out and doesn't really make much effort to at least have some heart. And, doesn't spend enough effort on being funny.

And, I'm wasting too much space on a film you should not see. 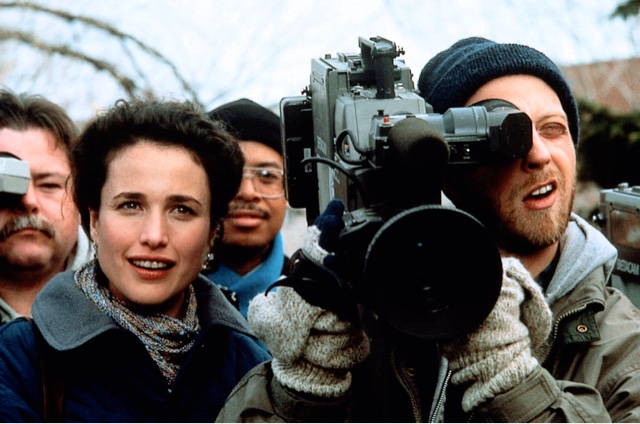 Detroit, on the other hand, you should see. And you should rage at the police, at the bigots of the world. And injustice. At poverty. At capitalism. At a world where so many great civilizations were built on foundations that included slavery. At every person who suggests when a person of color is gunned down by the police today that that person should have just raise their hands and spread their legs and do exactly what the police said because absolute subservience is so fucking vital to civilization as we know it... And, inasmuch as that last bit actually might be true far too much of the time, you know, fuck civilization then, too. Fuck societies and cultures that decide that some people are born lesser because of the color of their skin, because of their gender, or (separately, because that's how it works) because their genitals might be internal instead of external.

Detroit pulls you in not with great characters (though it does have a few), but with broader strokes. I wrote close to two weeks ago--Day 1084 - all we did is survive about how characters arcs don't always matter when the plot is... good? When the plot is real? When the plot is powerful and bigger than the individuals involved. The characters in Detroit are based on real people, the events on real events. And, the struggles of Dismukes (John Boyega) and Greene (Anthony Mackie) and Larry (Algee Smith) especially stand out. And the villainy of Krauss (Will Poulter) grounds a much larger racism, and a much larger impulse to violence that defines American history, in a singular man. But, the film frames itself in something bigger. It begins with the larger situation, the riots, and only gradually circles in on these characters, in this place, at this time. And, you might confuse this situation from 1967 far too easily with something that could have happened yesterday, or today, or will happen tomorrow. And it will keep happening because there are not enough of us who want to fix it. In his recent speech to a gathering of police, President Trump told a story--the truth of which is not so important as that fact that he believes it, he spreads it, and his followers will cheer him on if he takes things in the direction implied--about talking to a cop in Chicago, someone high up I guess, about what it would take to clean up Chicago, and the guy told Trump that, given the authority to do what needs done, he could clean the place in two days. The obvious implication, and far too fucking twisted into the fabric of American ideals, is that all you need to do to fix a city plagued by poverty is use a little more force, beat down the troublemakers and all will be well. And, the idea itself isn't as troubling perhaps as it should be, because the idea makes sense on a simple level. Someone stirs up trouble, you stop that someone. And, Trump seems to believe this deeply, with his claims to Law & Order, and his followers certainly love this idea when it is applied to poor people of color, but recall how those same voices said the exact opposite when Cliven Bundy and his white cohort stood up and there was a black president.

And, I come back to Thomas More, Utopia:

'If you do not find a remedy for these evils [want and idleness created by poverty], it is idle to boast of your severity in punishing theft. Your policy may have the appearance of justice, but it really neither just nor expedient. If you allow people to be badly brought up and their habits to be corrupted little by little from childhood, and if you then punish them for crimes to which their early training has disposed them, what else is this, I ask, but first making them thieves and then punishing them for it?' (p. 11)

But, to Trump, I fear, poverty itself is the evil, but not evil in its existence, not an evil put upon those who are poor, but an evil the poor put out into a world where rich white men are supposed to be in charge, are in charge, will forever be in charge. The Protestant Work Ethic writ large and damning. If you are poor, it is your fault for not trying hard enough, your fault for not working, and it couldn't possibly be the fault of a system where the rich can only remain rich by charging increasingly for goods and services they pay for decreasingly. No, it's your fault. And, it's your fault you're gay, your fault you're trans, your fault you're black or brown or anything but white. It's your fault that you don't fit into the imperialist white supremacist capitalist cisgendered heteronormative patriarchy. So, go watch The Emoji Movie and dumb yourself down so you don't notice how much the world is blaming you for your own problems, and feed yourself a whole lot of cheap fatty crap so you couldn't possibly stand up if you happened to realize that none of it is really your fault at all. Or, you know, recognize the ways the world holds you back, holds you down, and do whatever it takes to push the world away, to stand up to it...

Which is where the tragedy comes. You stand up, because you should, because societal bullshit needs to be called out. And, Law & Order locks you away or kills your outright, making it even harder for others to do the same. If enough of us stand up, though. Either there will be a tragedy the likes the world has never seen, or there will be something far brighter and more dangerous: a world where people will not be judged by the color of their skin, but by the content of their character. And, a pompous, abusive asshole like Donald Trump would never be anywhere near a seat of actual power.

And we wouldn't need movies to remind us how wrong the world can be, or to inspire us to fix it. Or to fix ourselves (hello, Groundhog Day, which I have said nothing about, today, but I have said so many hundreds of thousands of words about you before so I think you can handle it).