i'll be your narrator

Two very different movies today--The Revenant and Kiss Kiss Bang Bang. The former: a beautiful film, visually, with minimal dialogue, bouts of serious violence and blood, and Leonardo DiCaprio trying for an award again. He should really take on roles like Tom Hardy's here. There's more nuance to it. But, I digress. The latter: one of the great Christmas stories--Shane Black writing and directing a nice Christmas yarn about a missing girl, some murders, incest, violence, and some kickass narration. You know, classic Christmas trappings.

Meanwhile, you've got Alejandro Gonzalez Inarritu directing Leonardo DiCaprio--who despite my tone above, was awesome as real-life Mary Sue Hugh Glass--Tom Hardy, Will Poulter and Domhnall Gleeson (who just keeps showing up this week) acting the crap out of a script with a lot less--a lot less dialogue--than Shane Black's talkative Hollywood noir...

And then, I'm here just watching Kiss Kiss Bang Bang because it is one of my favorite movies. Seriously, top ten. When I really want to be talking about The Revenant and the current stock of Oscar-hopeful films, because Oscar season is in full swing. Nominations are already out for Critics' Choice, Golden Globes, SAG... I print out the lists after they're announce, and highlight the films I've seen. A list with a lot of yellow on it makes me happy.

Hell, it's Christmas. I have a right to be distracted. Or entertained, rather. The Revenant is a nice survivalist yarn with a revenge plot lingering over the top of it like a dark cloud. It's also based on a true story, and the real guy was apparently injured even worse than DiCaprio is in the film--had to set his own broken leg and laid on a rotten log to let maggots feed on the open wounds in his back where ribs were exposed. He's also got a nice puncture wound in his throat, which he Rambos with some gunpowder in the film... Or maybe Rambo Hugh Glasses his wound--one of those.

Some good movies this year--no flawless standouts like Birdman or Whiplash last year. Maybe Trumbo. Or The Martian, but that was less... unique than those two from last year. Mad Max Fury Road (Tom Hardy again, plus we can't forget Charlize Theron as Furiosa...

(Which brings me to a nice tangent. I was thinking of seeing The Hateful Eight tomorrow, but I think I might put it off another week, turn January into a month of Tarantino and Tarantino-esque films. This tangent, of course, comes from where Charlize Theron first came to my attention, 1996's 2 Days in the Valley.)

and George Miller returning to some amazing form) was great. I loved The Danish Girl and of course there was Star Wars The Force Awakens. Ex Machina (which I spent a few days (1 2 3 4 5 6) on in this blog) was a particular favorite, as was Inside Out. And the fact that I'm not immediately thinking of more films from this year suggests to me that there weren't many other great ones. I mean, Avengers and Ant-Man were entertaining. Straight Outta Compton, Bridge of Spies, Southpaw, Creed... Room was good, and far more sad that I probably made out; sometimes, my tangents get so far away from the film in question that, well, that's why I made clear the other day that I don't review films here. I write. Films are the trigger, the fuel, sometimes the meat. But, if you're coming here to figure out if a film is worth seeing, you're probably better off asking me directly on Facebook or Twitter. Come here after you've seen a movie and I might have something to get you thinking.

That's where I live. After the film. 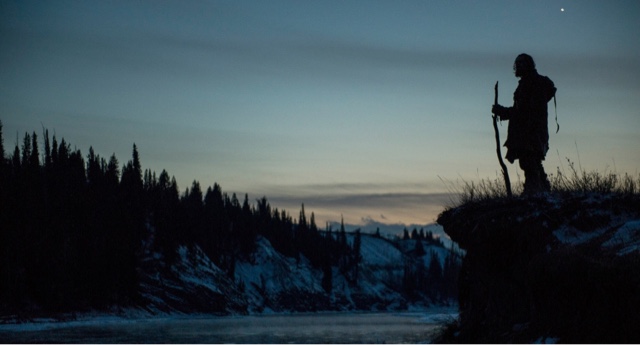