Mr. Mom is a progressive film for 1983. Give us the typical American family with husband, wife, two and a half kids. Nice conservative vision to open up--the husband works, the wife stays home. But, then Jack (Michael Keaton) loses his job at the automotive factory and everything falls apart. 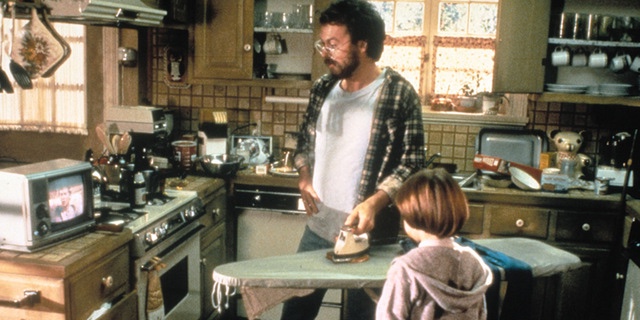 Now, in addition to this being one of the films we watched a lot when I was a kid, this film has other connections, too. For example, the story went back when this movie came out, that my mother actually heard about an open casting call for the two boys. And she considered taking me to audition. I'm seven months younger than Alex (Frederick Koehler) and a year older than Kenny (Taliesin Jaffe). Now, I'm not saying I was a cute kid but from time to time I might imagine since then that she took me and I was cast and my life went in a completely different direction.

Maybe I'd be playing on Critical Role tonight instead of sitting here watching it. 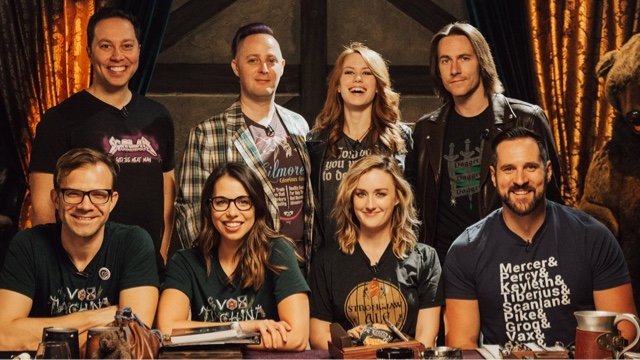 Let me explain that fantasy for those of you who are not Critters. Critical Role is a show every Thursday on Twitch where a "bunch of nerdy-add voice actors play Dungeons & Dragons." I generally watch it live every Thursday night. And one of those voice actors is Taliesin Jaffe, Kenny from Mr. Mom. For "season one" (115 episodes ranging from about three hours to five), Taliesin played Percival Fredrickstein Von Musel Klossowski de Rolo III, Percy for short, a human gunslinger with a dark past. In "season two" (tonight is episode 7), he plays Mollymauk Tealeaf, a tiefling blood hunter. In case I haven't mentioned it, my new D&D character debuting this Sunday, is Cecil Moody, a tortle bard. My last character (outside a one-shot) was a doppelgänger cleric named Cali pretending to be a water genasi sorcerer named Dolphine de Pointe du Lac. Before that, I was a tabaxi rogue warlock called Shade Beneath the Cliff, and before that...

You probably don't want to know all that. Unless you happened upon this particular blog entry because you're also a Critter. To you, fellow Critter, I might mention how my D&D friends and I went to the Renaissance Faire last year and just happened to be the same day that the cast of Critical Role was there. Taliesin, who has also spent time as a performer at the Renaissance Faire, was just a couple rows behind us while we watched one of the performances. Laura Bailey, another voice actor who is on Critical Role was right in front of me in line at lunch, and her husband Travis Willingham (who is also on Critical Role)--

(Quick sidenote interruption: it occurs to me that maybe it's strange that this movie uses the music from Chariots of Fire and at seven-years-old I get the reference, because I also saw that movie in the theater.)

(Sidenote to the sidenote: that thought had me wondering when Vacation used that music, and then I realized that I had not yet put my 1983 films in specific release date order, and the coincidence of getting to Mr. Mom on a Thursday, i.e. Critical Role day, is just happenstance of the order I typed up the list and not the "proper" viewing order...

So, I will adjust accordingly after I finish with Mr. Mom.)

And, I interrupted myself mid sentence. The Travis Willingham thing was actually kinda funny. See, on season one of Critical Role he played a goliath barbarian called Grog Strongjaw, and I see a guy (I don't immediately recognize him for who he is) in the food court area at Ren Faire that I'm thinking has a great Grog-vibe going on. I only realize a few minutes later that it was Travis Willingham himself that I just saw when I am behind his wife in line. When we passed the rest of the cast walking around, my friend Shari stepped up and said something to Matt Mercer (the DM for Critical Role); I think she said, "I love what you do," or something like that. Had we more time, and weren't just passing them in opposite directions right then, we might've explained how we were also a D&D group. Hell, Critical Role is what drew me to playing regularly...

And, I have said very little about Mr. Mom, I realize. I'm not sure that there is necessarily a lot to be said. Great comedic moments, relying on sexist stereotypes a bit but doing so deliberately. The film plays with gender roles, upends them, embraces them while also rejecting them. And, in the end, like many another comedy, it reinforces the status quo, just with that single, gendered twist.

The film also skirts the underlying setting--Detroit as car manufacturing is starting to die in this country. Jack loses his job because of economic realities that the film only barely wants to comment on. (It's interesting, for example, that after Jack kicks the TV and the tube has a hole in the front of it, he's getting it repaired rather than just buying a new one.) Caroline's (Teri Garr) eventual ad that gets her noticed at work ties directly to the economy, and the whole gender switch is very post-second-wave-feminism a la 9 to 5. The time and place is important to the setup, but not as much to the execution.

And there will always be more to say tomorrow.