get some incredible footage

Photos are sorted, and I have a busy weekend ahead—we’re hosting a two day swing speech tournament—so I imagine very few words these next few days… in this blog. Instead, I will be sharing some photos.

The hard part is figuring out the order to share them. I’m sure I’ll use a lot of these beyond just this sharing—comparing locations and whatnot—but for now I will try to go in some logical order, or at least explain what I’m sharing as I go. 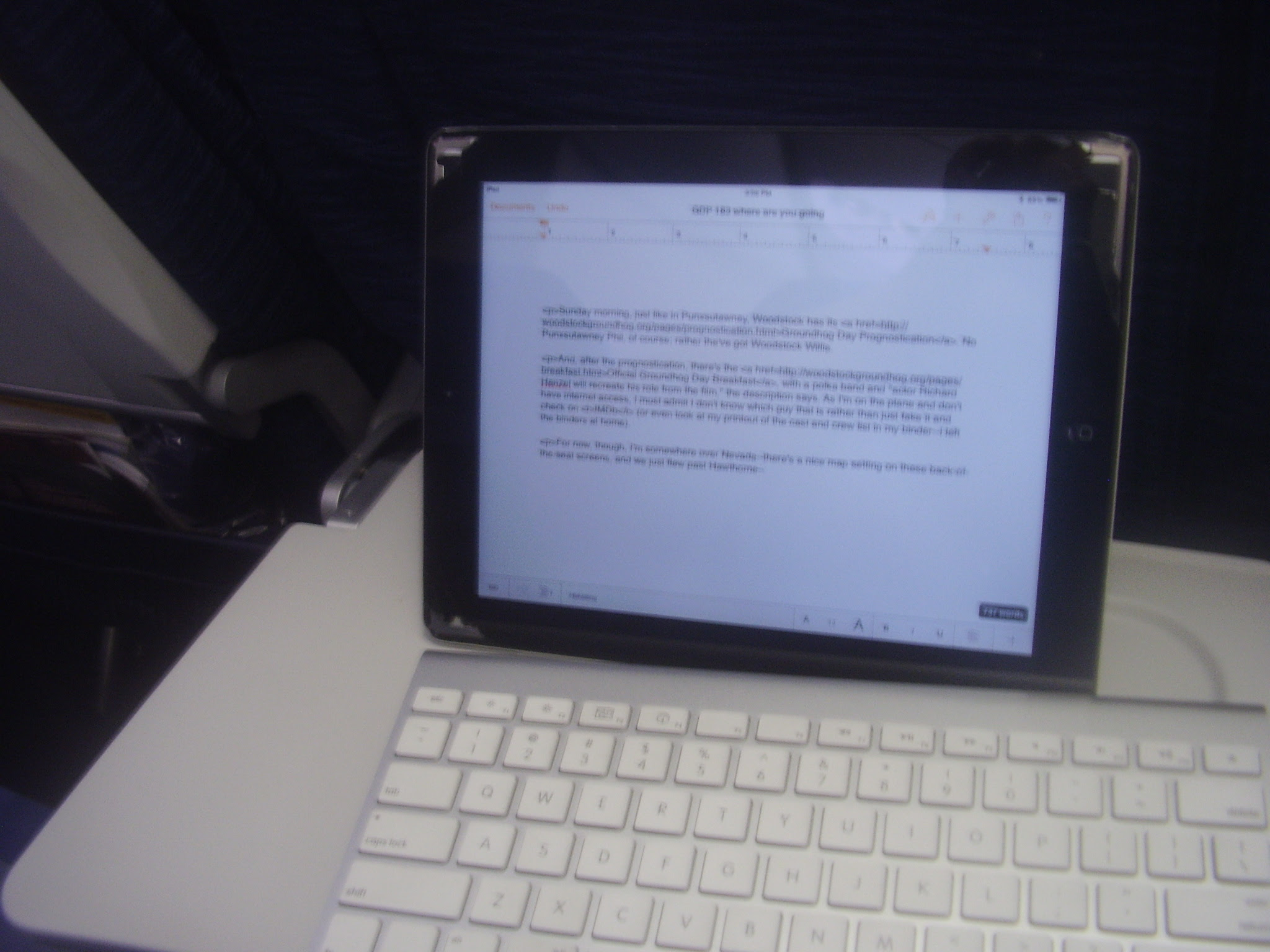 That’s not Woodstock, obviously. That was how I was writing my blog Friday night on the plane. I realize afterward that using the bluetooth keyboard might have been against the rules, but I’d already done it and we hadn’t crashed…

Anyway, my first stop in town was the Moose Lodge for the tail end of the dance. This is the moose lodge during the day (though I arrived there at night): 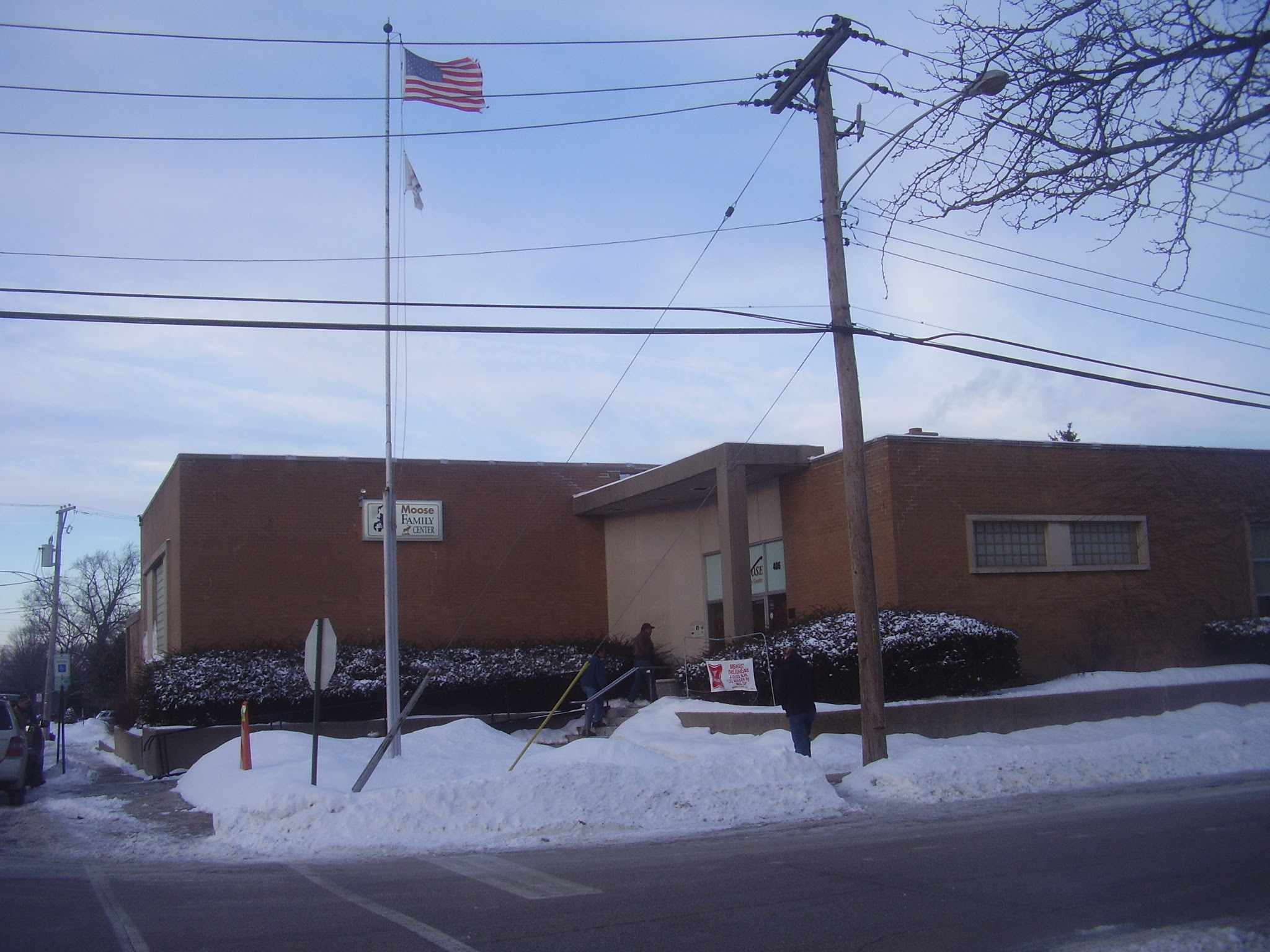 And, here are some shots from inside: 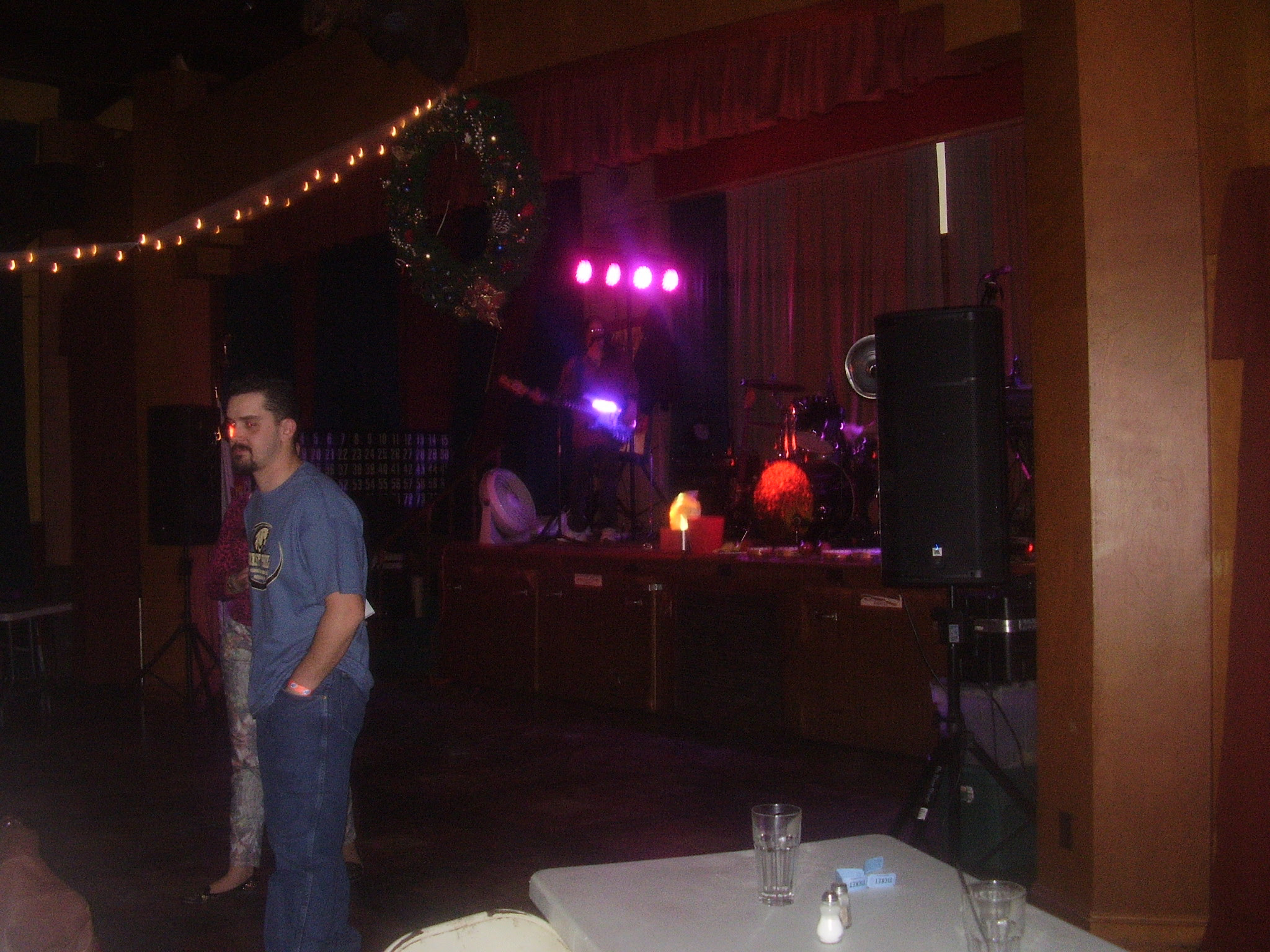 As you can see, a) there wasn’t much decorating done for the dance scene in the film and b) the interior is still very much the same. The entrance way where Phil and Rita meet up with Ned on their way out (the one with the mandala quilt on the wall), is no longer the same. There’s a bar there now. In that bar, on the wall is this: After a brief time at the dance, I headed out to the square. I tried getting some nice nighttime shots, but my camera did not always cooperate. Some shots worked—like this one (mostly): There’s a “night scene” setting on my camera but that tended to make the lights stand out too much. Or it made awesome stop signs: Still, I did get some shots around the square that turned out ok. 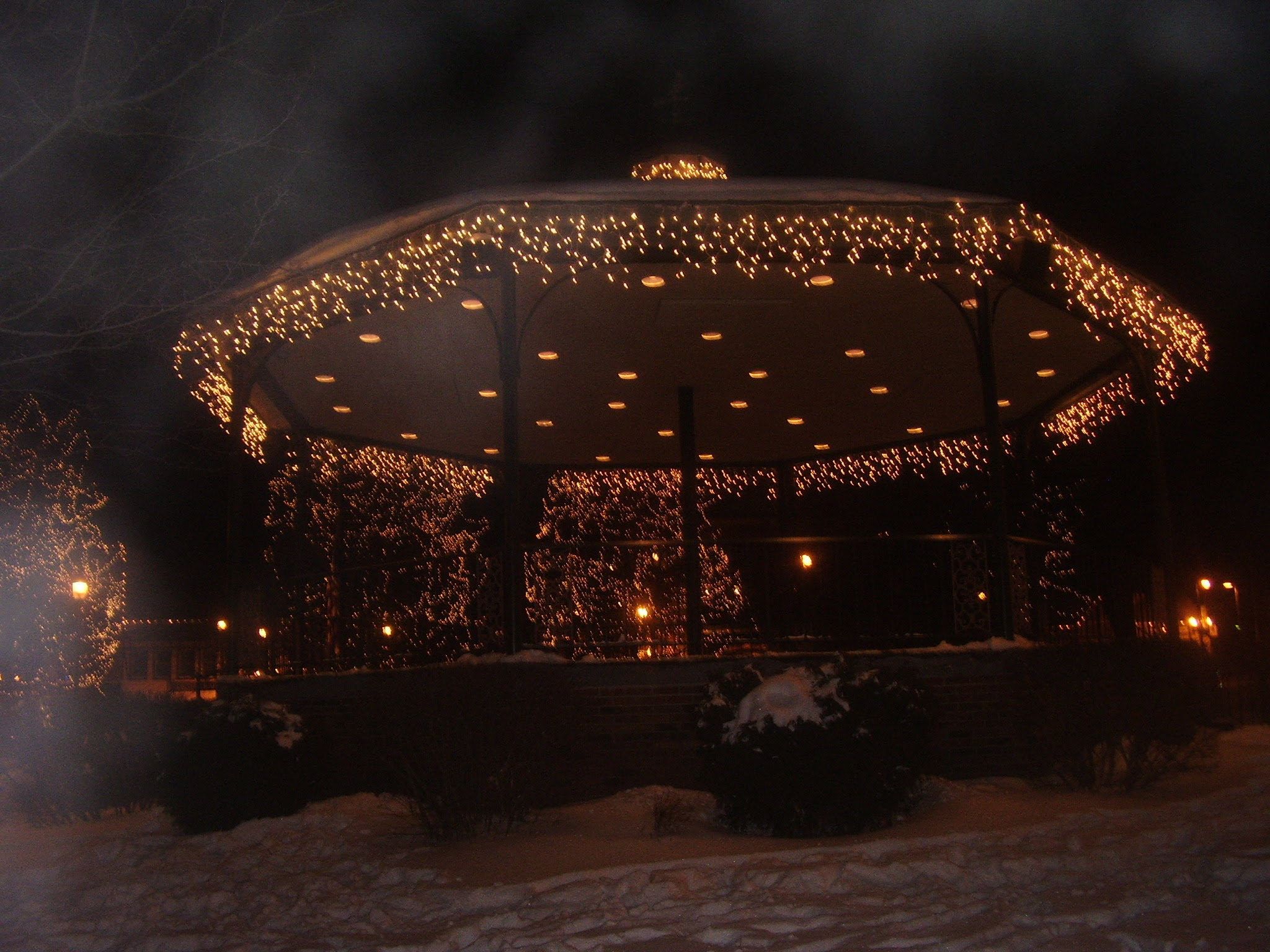 My lens also got fogged up, which mostly left me with some photos that just needed to be deleted. Also, I got these ghostly images: 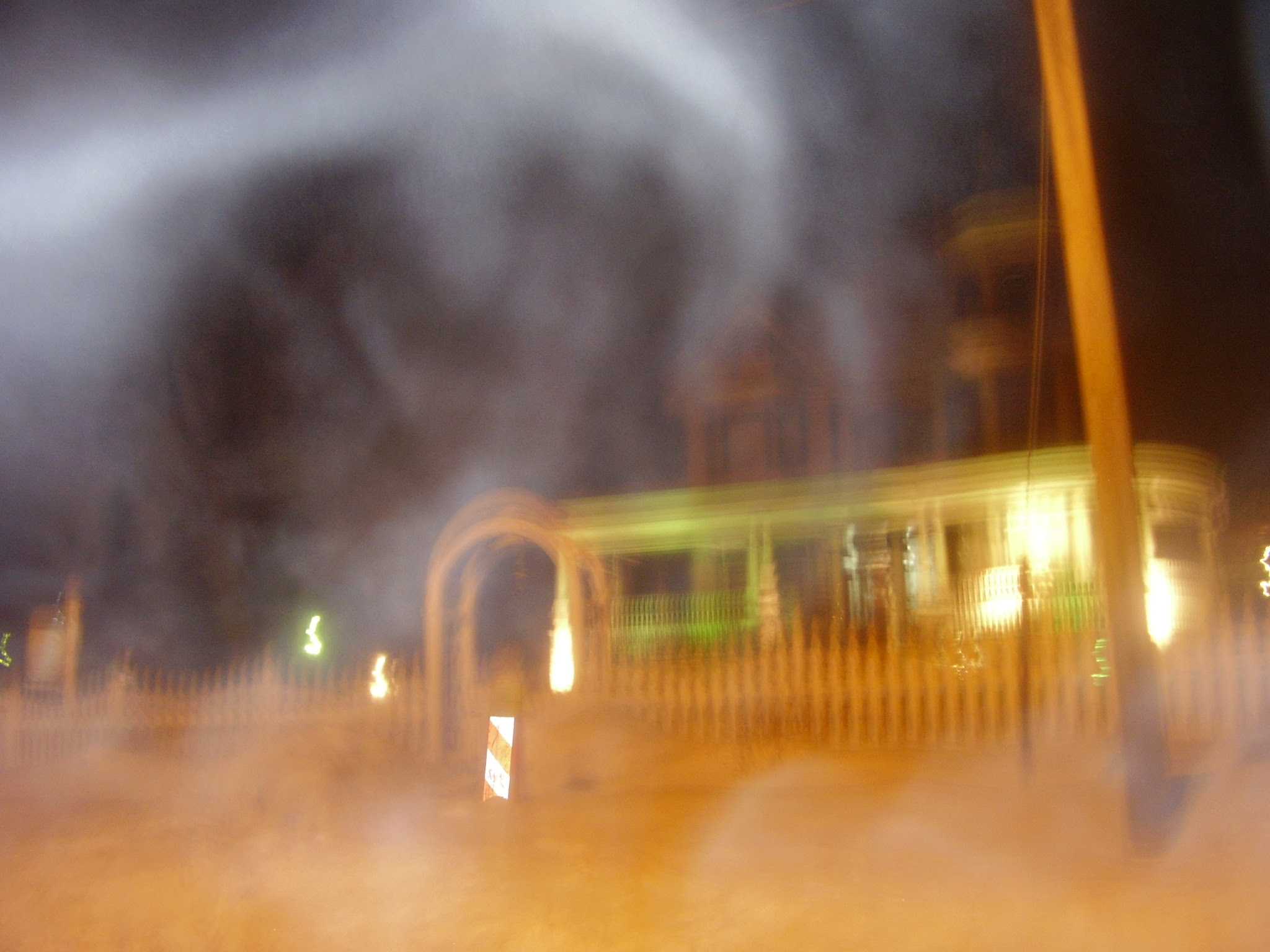 I knew my way around the square and nearby blocks already, checked out the various locations and got photos of the plaques they’ve got up—a couple of these are from that first night, but obviously some are not: 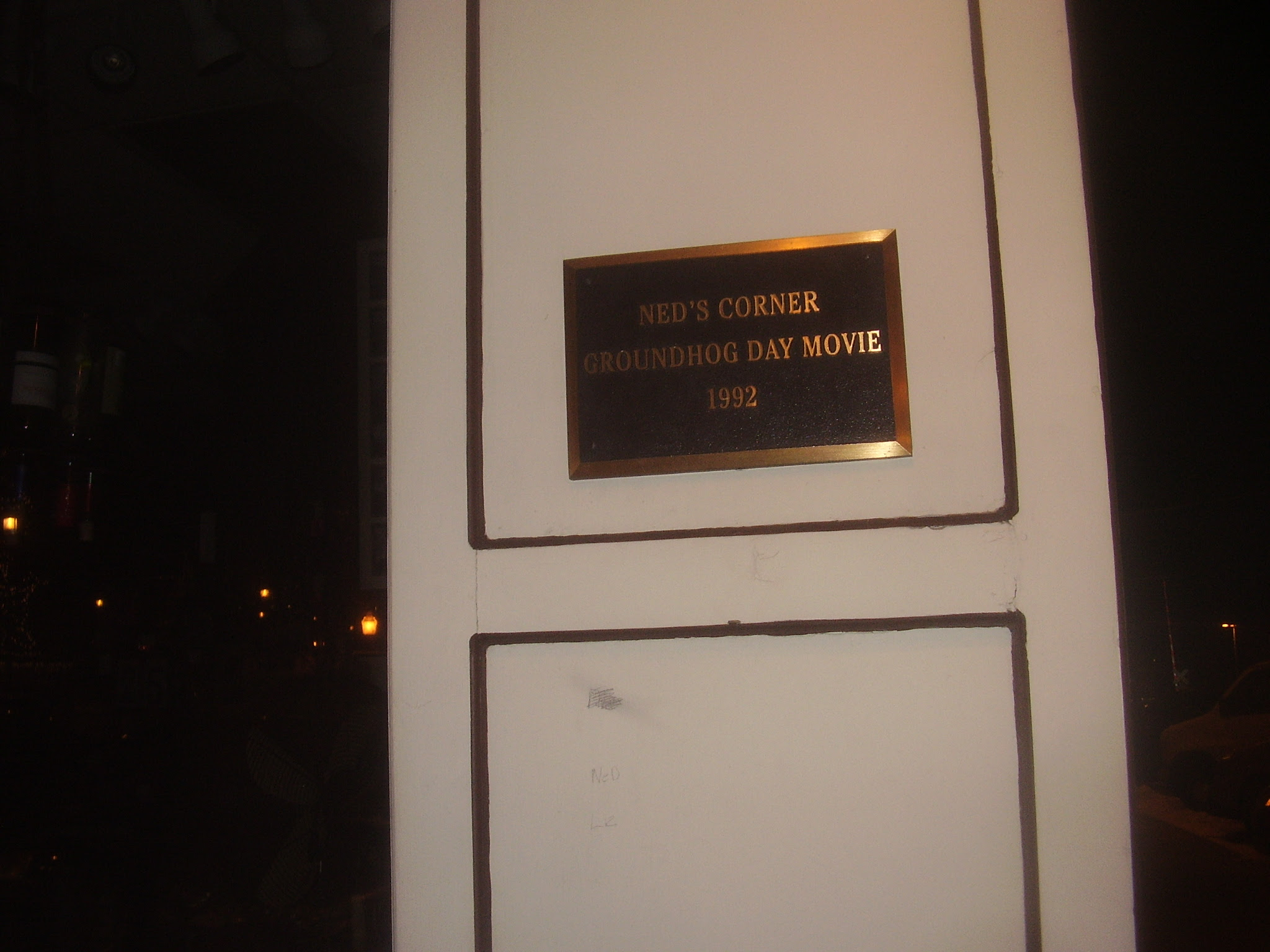 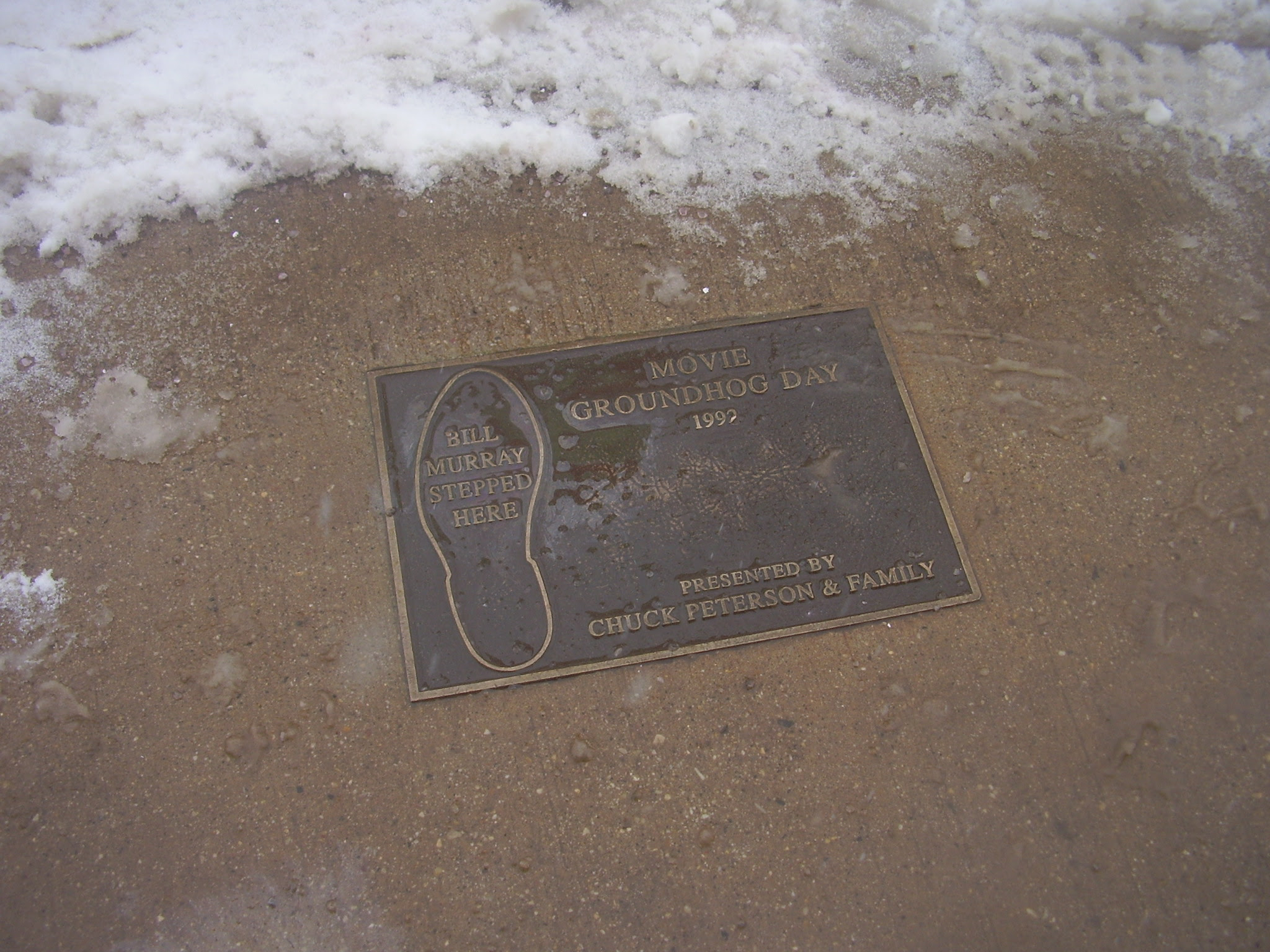 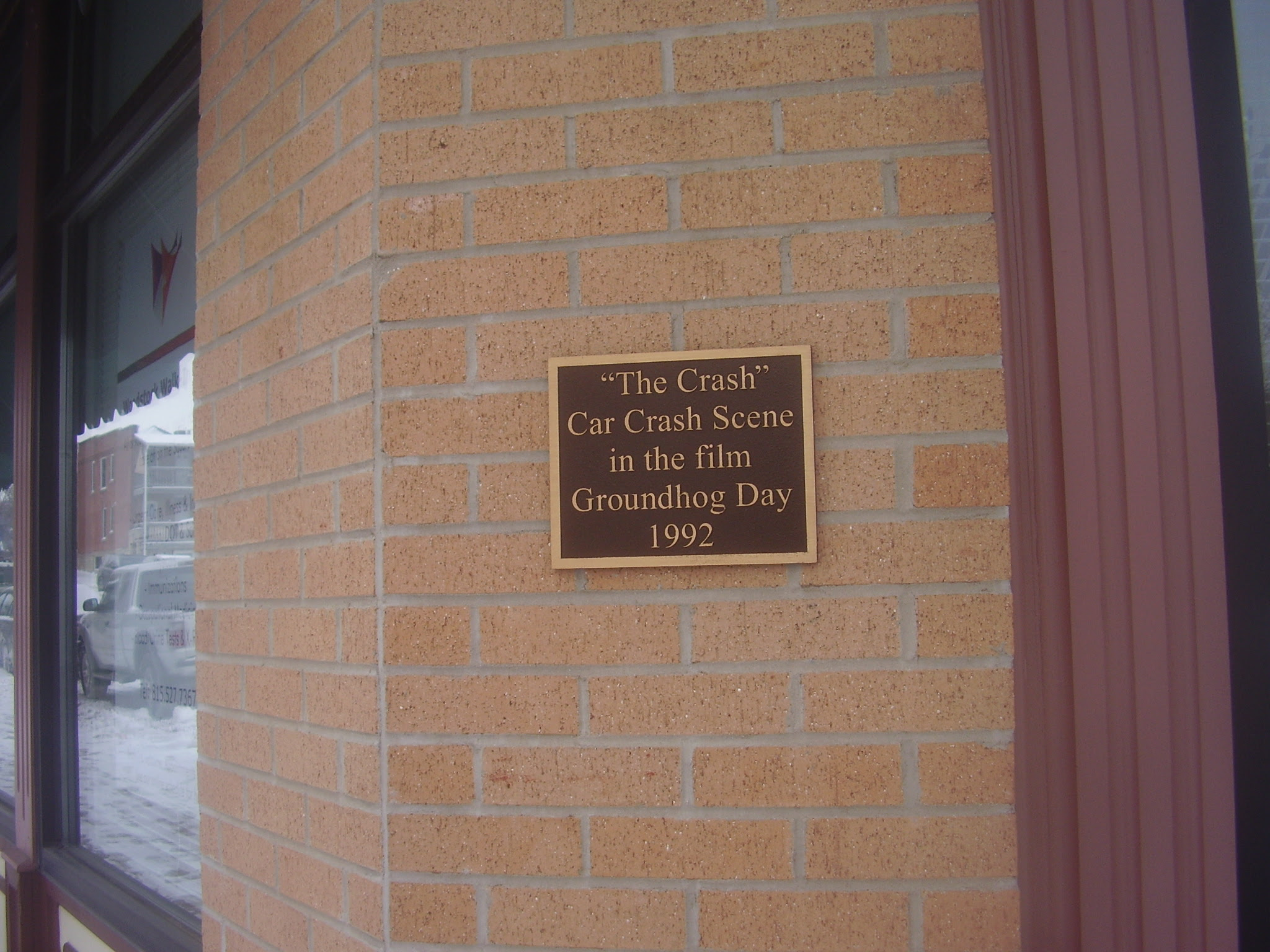 I made my way back to the dance, talked to a few people about my blog, then headed to the hotel to get some sleep. It snowed that night, so the rental car was, well, like this in the morning: 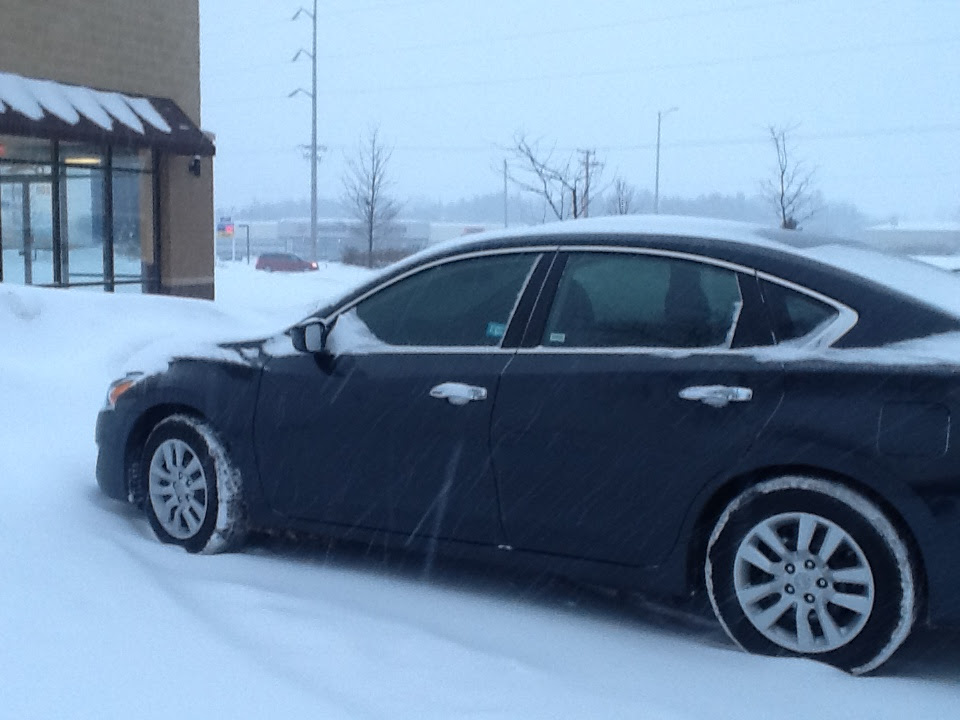 And, I will get to Saturday tomorrow… on Saturday. How appropriate.

Today’s reason to repeat a day forever: to figure out the settings on my camera even though all the labels on the knob and buttons have rubbed off, and perfect my photography skills.