Sitting at the bar in the Pour House, it's only six o'clock here and it seems like a very long day. Of course, I headed out from the motel about 7 AM. 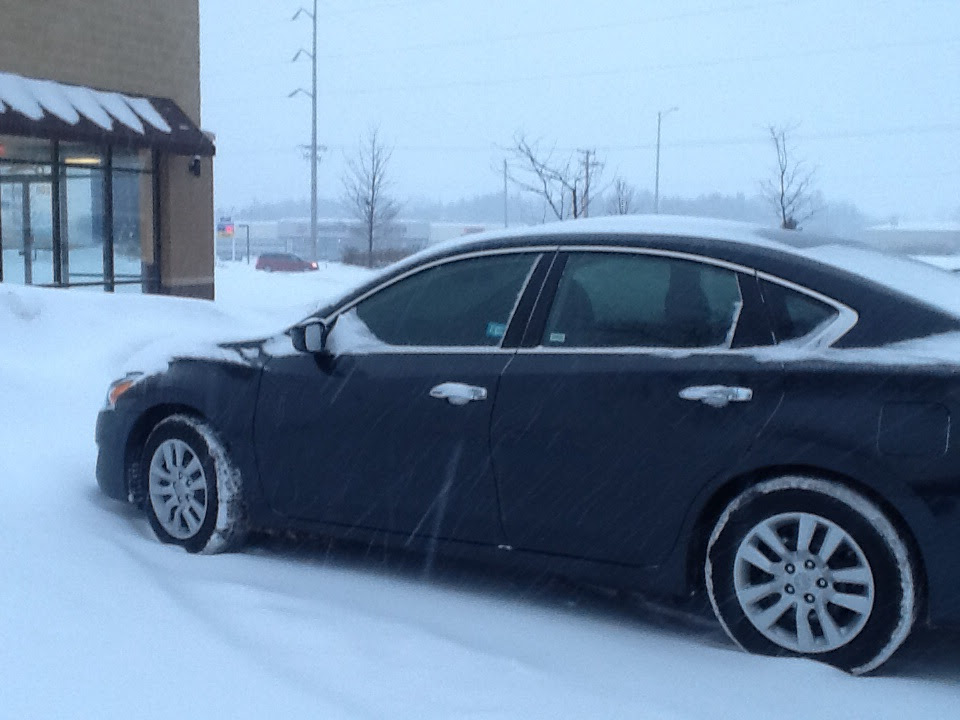 Rental car was covered in snow, as was the ground... actually, the ground was already, but not the roads. It was a lot like the last day in the film, snow covering everything. That scene, by the way, was a bit of a lucky break for the production, it turns out, according to location manager Bob Hudgins, but I get ahead of myself.

I was talking about my day in Woodstock. Went to Starbucks before going to Wayne's Lanes for Groundhog Bowling at 8. They were just opening so I actually hung around talking to a few guys for a bit, including one who helped with repair work on the film... And, despite lamenting the lack of that guy's name last night, I did not get this guy's name. They put the movie on the big screen behind the bar at the bowling alley, I bought some raffle tickets for some nifty bowling items--took photo of them with camera, not iPad, so I can't share now.

(The guy from last night, by the way--saw him on the walking tour and at the symposium. His name is Doug Ruby. The church he attends is the largest Lutheran church in Des Moines.)

And, I missed a step. After Starbucks, I stopped at Jacy's Cookies, got a Woodstock Willie cookie... which, again, no photo for now.

(There will be notes on that screening later--I'm typing on the touchscreen because I left the keyboard back at the motel. Didn't forget it, just didn't think to do my blog here at the bar until I got here. Back here, actually. But, I'll get to that.)

--then wandered the town for a bit. Basically, it was my own little walking tour of locations that I figured would not be in the Walking Tour of Filming Sites. Photos to come later, of course; I figure I can fill a few day's worth of entries with photos I took, especially if I compare them to screencaps from the movie or the Google Map images I put together.

Lunch at the "Tip Top" aka La Placita Taqueria. Someone in there was whistling "The Pennsylvania Polka" at one point.

Then was the official Walking Tour with Bob Hudgins. A lot of the stuff he had to say, I already knew. A couple women who sat in front of me at the movie screening were near me during his first bit, in front of the Opera House, aka The Pennsylvanian Hotel, and one said she should just listen to me. Another nifty sidenote there: they had looked up my blog between the movie screening and the walking tour.

Anyway, my notes during the walking tour may have to follow as their own entry later, also; bar lighting is not conducive to reading my scribbled notes--I'll scan the notes to show you how messily I can write on a slightly crumpled paper in my hand in the snow--yes, it was snowing during the walking tour, was probably the coldest part of my day, feet were getting especially cold.

I've also got notes on that sheet from the "Groundhog Day" Movie Symposium with Danny Rubin, but I get ahead of myself. I actually approached Danny Rubin and Dr. Mitchell Olson (who runs the symposium) outside the "Tip Top." Talked briefly to Danny then Bob Hudgins called him over to talk to the crowd. Talked to Olson and missed most of what Hudgins had to say about the Tip Top. Walking Tour took us by the theater and alley then around to the tracks. Cut short because of the snow, we did not walk out to the "Cherry Street Inn." I will have to walk over there myself tomorrow. I drove by it a couple times now, but there's no parking really with the snowbanks. By the end of the tour, I'd talked to Danny Rubin again and talked to a reporter from the New York Times. Walked over to the Pour House (the symposium was to be in the bar's back room,which fits a good size crowd).

Amusingly, I'm walking right behind Danny Rubin and hear him telling the guy next to him about my blog.

In the Pour House, the reporter talked to me for a while, and then it was time for the symposium. Got there and the room was already rather full, but then they needed a sharpie for signing stuff after (but asked before) and ever the Boy Scout (though, never literally), I had one, held it up, carried it down the aisle then noticed some standing room near the front row, so I actually had a pretty good spot, though I had to stand. Afterward, got a mini poster signed by Danny, got some rocks from the quarry from Olson, and hung around to meet a few other fans of the movie, including Kyle Sweeney, who gave me a pin he made. 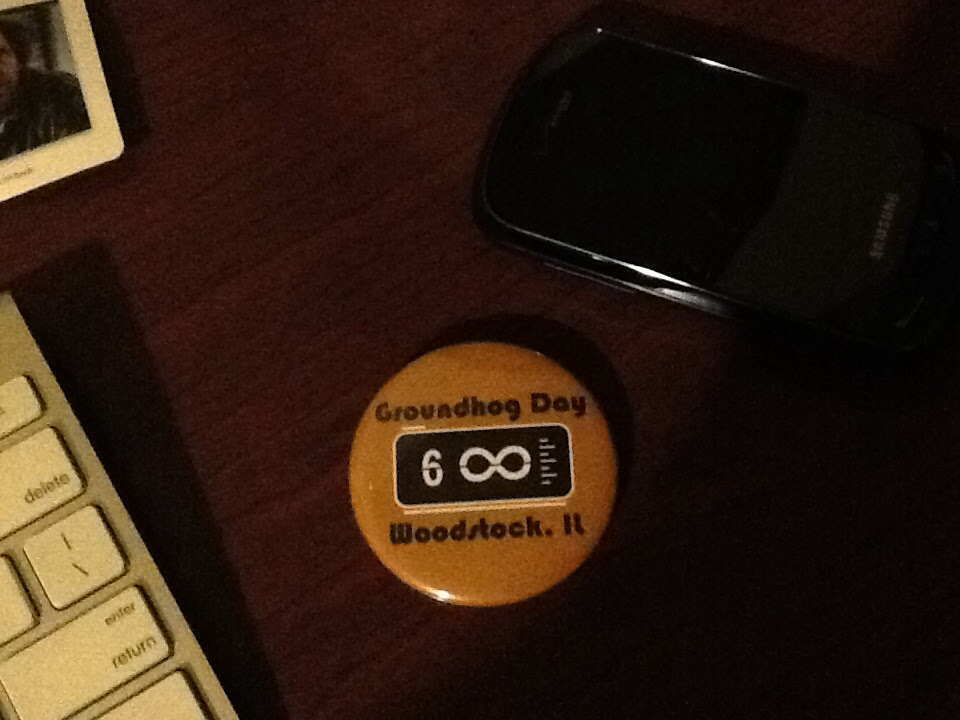 Talked to Rubin one more time before almost heading back to the motel. He said he'd pay attention to the blog now, so I got that going for me.

Realized a) it was still early and b) I just spent a few hours in a bar and didn't drink anything, so wandered back to the Pour House. Now, drinking a White Russian and eating some spinach dip with pita chips. Good times, good day.

Today's reason to repeat a day forever: to storyboard an animated remake of Groundhog Day. For some reason this occurred to me as I was lingering nearby as other folk got Danny's signature. Imagine: the movie is exactly the same except every role is a groundhog instead of a human... Except for Punxsutawney Phil, of course.

My storyboards would be lost to the time loop, of course, but that wouldn't make them any less real to me.