i'm the smartest guy in the world

Sometimes, stuff just doesn't get into the blog, even when I have it bookmarked. For example, Disneyland is changing the Pirates of the Caribbean ride again, this time to change the auction so they're no longer selling women but stolen goods. I had two articles bookmarked, one in favor of the change, one against. I was going to come down solidly in the middle someplace.

Instead, I'm watching Idiocracy because it's a new month and I need a new direction. I figured a documentary about present day America to, you know, prime the pump. 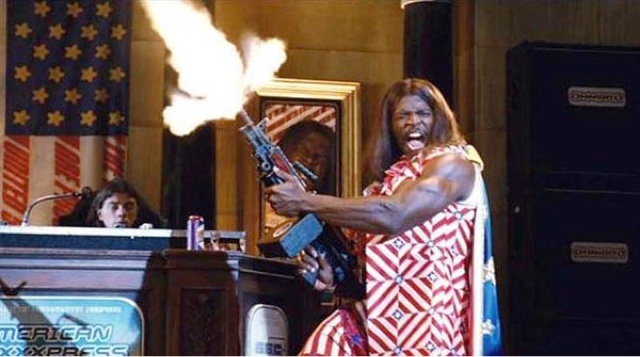 I imagine Trump's rallies start with some music and lights and smoke and "LADIES AND GENTLEMEN, THE PRESIDENT OF THE UNITED STATES!" And, pretty soon his super long time is going to be replaced with a red, white, and blue sleeveless vest. And Red, white, and blue pants. Except, Trump's promises aren't nearly as good as President Camacho's.