what kind of movie are we going to see?

In no particular order:

1. What matters more--plot or story? Do you want a plot-driven story like an action film or a mystery, or a fairly basic romance? Or does the story matter more? Does each character need to feel like they've got their own story going on? Better yet, how do you define the difference?

2. How important is dialogue in a movie? Do you prefer clever dialogue? Realistic dialogue? How important is the script? What do you think of voiceover? (Side question: does that bullshit-style of voiceover that only exists at the start and end of a film bug the crap out of you as much as it does me? Girls Trip uses that style and opens with flashback moments with the main characters in college and a series of shots of their reunions every few years, and it's all stuff we just don't need. Everything that the opening of the film--especially the voiceover--offers us is something that we'll figure out ourselves later unless we're idiots.) What do you think of characters who say each other's names all the time (a la Titantic? What do you think of characters making deliberately clever observations about pop culture (a la Kevin Smith or Quention Tarantino)? How does the screenwriter rank to you relative to the director? Who matters more? What draws you to a film? Do you have a favorite screenwriter or maybe several?

3. How much do the visuals matter? That is, the visual effects, CGI or practical? That is, the cinematography? Does a particular director's visual style work for you every time? Who is/are your favorite director(s)? Do you follow cinematographers? Or Art Directors? Costumers? How much do you pay attention to who works on a a movie you're seeing? (Or is it mostly just a matter of which actors are on screen?)

4. How much does music matter? That is, do you know a film composer when you hear their score? Can a soundtrack--like last year's for Suicide Squad for example--draw you to a movie you might be on the fence about otherwise? Do you like musicals? Or movies driven by music but not really musicals themselves (like Baby Driver)?

5. Is character a big draw? Whether superheroes or detectives, the kind of characters that keep coming back, does it matter who's playing them? Are you in line for any Sherlock Holmes movie, no matter what, even Mr. Holmes that made only $17 million in the US? Can a good character (and a good actor) get you to ignore a silly plot? (I'm looking at you, Indiana Jones and the Kingdom of the Crystal Skull.) Are your favorite characters heroes or villains? Or are they regular people in more down-to-earth stories? Who is/are your favorite character(s)? 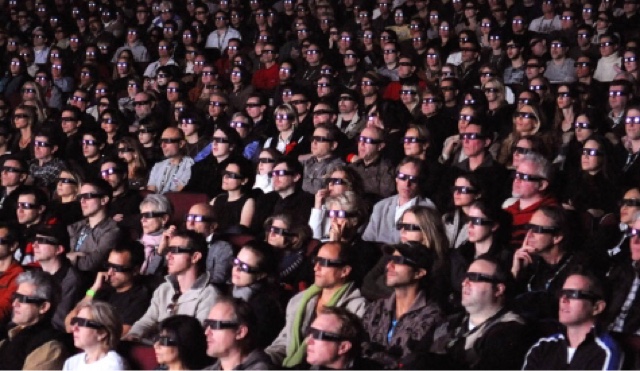 6. Why do you watch movies? I'm reminded of that bit in Almost Famous--

This matters especially with those of you who don't get out to the movies that often. Do you head to the theater for the big spectacle, the summer tentpole? Or do you see documentaries or indie films? Is it all about escapism, getting something out of the film that you can't get out of life, or is it something else? Do you seek out sad movies when you're sad? Do you seek out a comedy when you're in a good mood, or to get you into a good mood? Do you want something awesome to look at on the big screen, or something to think about, or both? Do you want to relate to the action on the screen, empathize with the characters, or do you prefer something exotic and alien, something far from your own experience? Do you see foreign films? Do you seek them out? Do you see indie films? Do you seek them out? Or do you just see what's popular, what's new, what everyone else is talking about?

This is why I can't make a survey. I want to know too much. I want to understand what you like and why you like it. And I haven't even gotten to questions about genres and subgenres. And, imagine the followup questions if I actually asked any of these things in person.

Maybe I'll just assign a single essay: What is your favorite film and why?

And I just realized I didn't mention Despicable Me 3, which I saw earlier today, or The Room, which is playing again now. Oh well.