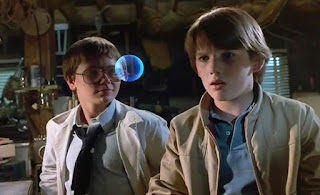 And it's your job to make something useful of it.
Posted by robert e g black at 7:22 PM