i hope you enjoy the festivities

Today is a day to celebrate. For today is All Hallow's Eve Eve and it is also Haunted Refrigerator Day. It's probably other things as well, but I picked those two because they seemed funnier. Today is also the 90th day of The Groundhog Day Project. And, I thought it was worth celebrating some milestone at some point... or did I celebrate one before? I can't even remember. I'm pretty sure I missed day 33 and day 40 and day 50 and day 67.

(That last one was a test. I'm pretty sure 67 has no significance for anyone.)

But, I don't actually want to talk about celebrations per se, so much as holidays more broadly. The hypothesis for today is that Groundhog Day could take place on no other holiday than Groundhog Day. And, I don't mean that we couldn't have a movie entitled Groundhog Day that actually takes place on Arbor Day, though that would be inappropriate, but rather that the plot of this film, if it were to be set on any holiday, had to be set on Groundhog Day.

First, a little background. I've mentioned this before, but will mention it again rather than just point you to some random earlier entry in which it was one passing point in some rant on some other topic. Danny Rubin chose Groundhog Day as his setting for no other reason than he was celebrating my birthday, January 29th, and was looking at his calendar trying to imagine a nice holiday setting for his film and he flipped forward and Groundhog Day was the first holiday he came to. Well, that is not entirely true. Rubin was not celebrating my birthday. He didn't even know me back in 1990... and that phrasing implies he knows me now; he doesn't. But, it was on my birthday that he looked at his calendar to find a setting for his Time Machine story. As he describes it:

While pondering all of this I started thumbing through my calendar, looking for ideas. Perhaps something would jump out at me. I didn’t have to thumb very far. The day I began working on all of this was January 29. The first day of interest that I encountered?

Of course, there was always a chance that Rubin could have been flipping through his calendar a week or two later and come up with President's Day, about an arrogant businessman named George Washington who must learn to stop lying to his clients to get out of the time loop. Or, if Rubin's calendar included some lesser known holidays, and Groundhog Day didn't catch his attention, he might have noticed that the yesterday (i.e. January 28th) is Rattlesnake Round-Up Day, or that January 29th is National Cornchip Day or he might have landed on the Cordova Iceworm Festival on February 3rd. 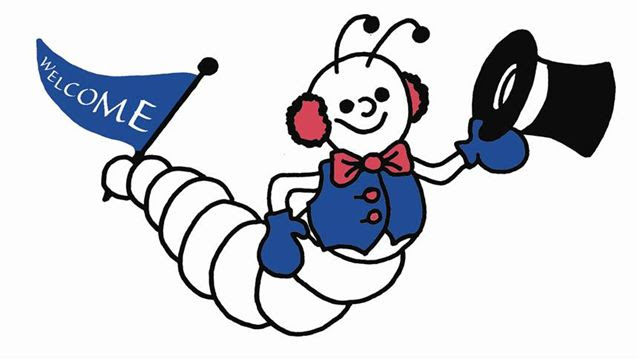 So, we'd have Phil Connors (even though he wouldn't be named Phil, I can't find any reference to a name for Cordova's distinctive iceworm character. If I were writing it, I'd call him E.J. because the Iceworm Festival apparently began because of some guy called E.H. White.) traveling to Cordova, Alaska for a news report about the Iceworm Festival, and he'd take part in the oyster shucking and sucking contest instead of getting into ice sculpting, but he'd probably still learn to feel the warmth of his fellow man in his wintry small town prison. But, that would miss the bite of one of the key aspects of Groundhog Day in my opinion. As Rubin explains in How to Write Groundhog Day, there is a reason Phil is a weatherman...

I felt that the protagonist should be a person in unfamiliar territory—he should be an out-of-towner, far from friends and family and favored activities. So who would travel to Punxsutawney on this day? I had a vague perception that this was a place where weathermen would go to “report” on the groundhog ceremony. So my character could be a weatherman.

A weatherman is somebody who is supposed to know what’s going to happen before the rest of us do. Wouldn’t that be just the right person to get his comeuppance?

And, I'm sure he's entertaining with his jokes about tall trees in the Pacific Northwest and expensive real estate in California. He's making fun of all those hippies out on the west coast so the conservative element of Pittsburgh has got to love him. And, at least one person in Punxsutawney does recognize him (and I don't mean Ned) from television--just after we see him yank out the van's distributor cap, a woman recognizes him. But anyway, the film gives us no reason to believe he's much of a meteorologist.

Unless there is a holiday dealing with psychics--October 31st, aside from being Halloween, is Increase Your Psychic Powers Day, but that is way overshadowed by Halloween, and we already had a cinematic Halloween--there is no good way of dealing with that irony of the weatherman unable to predict the future. Holidays have their appropriate messages. Halloween was celebrated with Halloween which is appropriately about a masked man killing mostly defenseless teenagers. Thanksgiving is celebrated with Home for the Holidays about a family get together that turns ugly. Christmas is celebrated rather appropriate with Silent Night, Deadly Night about a madman dressed in red that comes into people's houses and kills them...

Maybe that last one is a little inappropriate. Still an awesome horror film, though.

But, putting the time loop on, say, Christmas, would have been wrong. Part of the charm of Groundhog Day is that it doesn't go full Capra. Maybe it's because Danny Rubin is a cynic at heart or because Harold Ramis just doesn't do sentiment much--the moments with the most sentiment in the film have nothing to do with the small town setting (i.e. Capraesque) but the relationship between Phil and Rita, you know, fueling the notion that Phil's love for Rita is the driving force behind the third act. Maybe it's because Bill Murray and his haggard mug just can't manage the sappiness of a Christmas film. Interestingly, as I type this bit, Phil and Rita are dancing on the gazebo with "Christmas lights" hanging on and around it and in the trees nearby and there's snow falling, and Ray Charles is singing and it could almost be a Christmas movie. Almost. Hell, Rita goes to Phil's room at the Cherry Street Inn and there's a lot of Christmasy red about.

(Long-time readers will know that red is not common in Groundhog Day so maybe the visual setup here is deliberately invoking Christmas imagery. But then, we must wonder why this would be the case. Is it to play up the Phil as Christ metaphor? Rita is his Judas and she just betrayed him after he offered her Rocky Road, just like in the Bible. Phil isn't, of course, beaten by the Romans (though he is slapped a lot by Rita) and he doesn't have to carry his own cross through the streets, but he will still die very soon, only to be reborn.)

Sidenote: there are Christmas time loop movies, but I have yet to watch them because, well, a sense of dread. They seem like the schmaltzy kind of stuff that Lifetime would be embarrassed to show.

New Year's Eve or New Year's Day would seem like an appropriate setting for a time loop, but almost too appropriate. I mean, New Year's is already about people making resolutions about bettering themselves. Phil would hardly stand out from the crowd.

If we assume that the love story is central to the plot of the film, then we could reasonably move the events to Valentine's Day. But then, where's the room for cynicism? Groundhog Day straddles the line between cynicism and hopefulness quite delicately. Moving it to a day that is ostensibly about love would force it a bit too much in hopeful territory and we'd have the same issues as putting it on Christmas. And, Billy Murray has a good Christmas film already, anyway.

Groundhog Day could only be set on Groundhog Day. Sure, 12:01 P.M. makes a good case for the particular day being unimportant, but a feature film needs a better angle to grab our attention and setting the film on a holiday gives it a built in nostalgia factor, allowing yearly 24-hour marathons on television just like A Christmas Story on Christmas or Independence Day on the 4th of July... though I'm pretty sure no TV station does that last one.

Hell, I'd like to propose a new cable network. Every day, it will only show movies set on that day. Or, if a movie isn't available, it can show single episodes of TV series or they can produce their own documentaries about the history of each day of the year and what notable events have happened that day. We can call it something simple, like The Day Network, TDN.

Or maybe we can just have a cable network that shows Groundhog Day all day, every day.

Today's reason to repeat a day forever: to watch every station on cable for 24 hours, experiencing the world without going out into it. Then going out into it when that gets old, of course.