look out for your shadow there, pal

while the protagonist provides a focal point for audience identification... neither a critic nor social science researcher is advised to confuse such a figure with a real person, nor apply to such a figure methods of analysis better suited to such a person. Instead the case or psyche should be seen as the whole of the work, and often the protagonist is viewed as the work's ego-consciousness, which is not to be confused with the whole. (p. 115)

Benesh gives this as the reason that she doesn't analyze the transformation of Phil Connors specifically (as I have done many a time now) but "the depiction of transformation." As to cautioning one not to confuse the protagonist with being a real person, I say, where's the fun in that? ...on the one hand. But, on the other hand, yes, sure, you should look at the whole text and not just one character... and, I think, you should also look at the character as an individual within that context and as a real person. I think it is necessary to explore a character in realistic terms. You cannot simply separate the character from reality just because they don't actually exist within it.

That being said, I think that when Benesh deals with various characters as elements of the pysche, it is a useful way of looking at the film. Specifically, she suggests that "relative to Phil Connors, the male protagonist, the male characters represent archetypes of shadow, or disowned aspects of self; the female characters the anima, or contra sexual aspects of self" (p. 116). She lists Larry, Ned, Buster (again, mistakenly calling him Mayor), Ralph and Gus, "and notably the groundhog" as representing this archetype. I don't know enough Jungian psychology to get into this in too much detail. But, Benesh doesn't really get into it in any detail either. She instead moves on to exploring Rita in relation to "characteristics of an anima figure." I'm curious first about that shadow idea, though. Benesh mentions the obvious--that Groundhog Day (and Groundhog Day) has ties to a literal shadow.

Anyway, Jung wrote (possibly in something called Aion though I found this bit in a scanned excerpt from Understanding Dreams, which might just be a collection of pieces and not a whole work by Jung):

The shadow is a moral problem that challenges the whole ego-personality, for no one can become conscious of the shadow without considerable moral effort. To become conscious of it involves recognizing the dark aspects of the personality as present and real. This act is the essential condition for any kind of self-knowledge.

That's a nice description of a great deal of what Phil experiences in Groundhog Day. However, I don't think any of the male characters Benesh lists (except maybe Gus) have any particular relation to Phil's Jungian shadow. I think, in this instance, it's actually more productive to look at Phil's shadow as something internal to Phil. His dark aspects don't come from any of these other males, but from himself. If anything, each of these males (again, except maybe Gus) provide opportunity for Phil to act kindly, positively, and not in line with his shadow. Benesh suggests,

Male shadow characters... have a significant impact on Phil Connors. Even Ralph and Gus are the first to hypothesize that Phil Connors' bad attitude might be the source of his unhappiness (the glass half empty). Ned Ryerson sagely announces the importance of the first (incremental) step ("It's a doozy!"). The old man inspires Phil Connors' compassion, and, most subtly but arguably most significantly, Phil Connors' namesake Punxsutawney Phil provides a model of unrelenting humility and service (J. Beebe, personal communication, 2010). (Benesh, 2011, p. 118).

Let's take those one at a time.

Ralph has nothing whatsoever to do with expressing the hypothesis that Phil's a glass half empty kind of guy. That is Gus' observation, and I don't see how pointing out Phil's unhappiness makes Gus representative of his shadow; rather, Gus is, at best, pointing at Phil's shadow, not inhabiting it.

Ned Ryerson's line about the first step is not sage advice.

(Nor, I should say (because I've never fit it in an entry before), is Ned's line indicative of his having memorized every hole in town; there is no evidence that Ned knew Phil would step into that hole prior to it happening, regardless of user Maolsheachlann at Irish Papist liking "the idea of being so familiar with your home town that you know where the puddles are." The film does not support this notion.)

Ned is taking a cheap shot at Phil for having stepped in the puddle, like the old (lame) classic, "have a nice trip?" asked after someone stumbles. Plus, like Gus, even if Benesh is right about Ned's line being a pointer toward Phil's "baby steps" toward change, that doesn't fit Ned as representative of the shadow either. 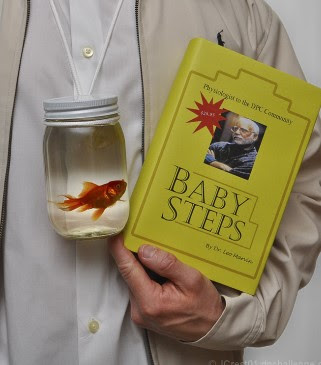 Similarly, the old man, AKA O'Reilly, has nothing whatsoever to do with Phil's shadow. I'm actually a little offended, on O'Reilly's behalf, because he seems like a nice old guy. Phil's the jerk. O'Reilly is the guy (one of them, anyway) that Phil learns to care about once he's moved beyond the reach of his shadow.

The one great point Benesh makes in relation to the male characters as shadow representations is to point out that by the end of the film, "Larry has assumed the position of pretransformation Phil Connors" (p. 118). That is to say that Larry, sitting at the bar hitting on Nancy, is much like Phil sitting at the same bar hitting on Rita or Phil Connoring Nancy out by the Gobbler's Knob gazebo. He's not as bad as Phil, but there's definitely some shared aspects there, and possibly deliberately, to contrast who Phil has become by then.

Today's reason to repeat a day forever: to figure out Jung, I suppose, then to classify everyone I know in Jungian terms as if I am merely the Ego (I know, mixing a bit of Freud in with Jung) in some film about my life.