looking for an angry fix

I've got this urge to choose movies this month that will get me political angles, topics that will allow for me to fill these spaces with worry and with anger.

(For example, yesterday, I had intended to watch Slam a third time, and briefly while still on the planeride home, I started writing what would have been the blog entry for that third viewing--

Meanwhile, I am instead watching Howl tonight and it just moved into its first bit of animation, it's play at being poetry about poetry.

--and there was going to be a thing about minstrel shows, and a reference backward again to that final poetry round at the national speech tournament from which I was returned yesterday. But, I found the writing pushing me into a corner almost immediately. This comparison--or, more appropriately, as it would go, contrast--between black performers telling black stories and white performers in blackface inventing black stories was going to take 1) research and 2) a lot of thought and 3) careful choice of words, and I had not the time for 1 or 3 and 2 would just frustrate me without the others. So, I abandoned the paragraph I had written and moved on, wrote that sad little entry yesterday about (or not about) Best in Show.) 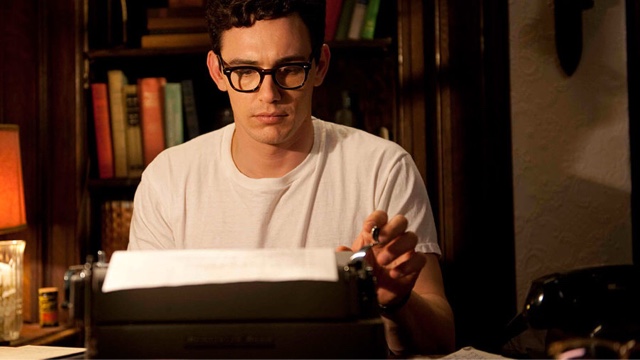 And then, in between moments in Howl, there came this (because words are what I do):

Because I like to pretend I'm allowed to do so
That this white Amurikan male could co-opt a full colour story
And tell it which way to go
In it, Barack Obama finally lights the fuse
Of this nation's long sought race war
Abe Lincoln's sequel come too late for his corpse

That Bernie and Hillary and Jada and Spike
Tell us what to do: take blade to skin and skin to blade
Take away our colour, take away our black and white
That briefly we were all crimson
Dripping away the souls of old arguments
Ghosts of confederacies and lynch mobs

But we're too damn stupid and too damn stuck on fighting with each other over colour, over sexuality, over politics because economics and foreign relations take precedence over neighbors and friends and family and life itself because Ginsberg's Moloch is not fantasy but the real God inside us all, yanking us constantly by our chains into a supposedly brutal past where we're nothing but spiteful beasts who vote party lines and burn crosses and crack whips and burn police cars and knock each other down for carrying signs that bear words we're too frightened to say and too mortal not to

That assassinations and coups and protests and wars--
On drugs, on poverty, on terror, on unborn children and unwed mothers, on homosexual lovers and people of colour--
Might finally mean something if we could just look into a mirror and see each other instead of our selves

And then I woke up