the reflection they see

1. Today is the third anniversary of Roger Ebert's death, so I thought I'd share his thoughts on today's film--repeating Slam.

2. Today was the final day of AFA Nationals, it's already after midnight local time, and we're heading for the airport in the morning... Since it is (was) the last day of AFA and the final round I watched was, like yesterday, poetry--an amazing round, six brilliant performances, five of those six on issues about black Americans, so that's why I'm repeating Slam.

3. I'd like to get into some serious political stuff related to, primarily, the argument between Ray (Saul Williams) and Lauren (Sonja Sohn) that comes (oddly) late in the film. (Oddly, because the structure of this film seems a bit off. The jail sequence just goes on a little too long, and structurally comes too early to be the second act, and goes too late to be confined just to the second act. Also, the jail sequence is not split appropriately to be both acts one and two.)

4. But, as I said, it is after midnight local time, and I've been up since 6:30, had a long day at the tournament, and had a long walk (somewhere over two miles) during an off round. (Wanted to see some alligators but didn't get to.) I may just have to watch this movie again tomorrow to really get into stuff I want to get into.

Roger calls Slam "a fable disguised as a slice of life, and cobbled together out of too many pieces that don't fit smoothly together." I'm not sure there are "too many" pieces but the pieces do seem "cobbled together" roughly. But, that could almost be on purpose. Ray is never really in a comfortable place during this movie--maybe in the opening couple scenes, selling marijuana, rapping with the kids; maybe in the walking around town montage with Lauren--so this cobbled together whole could be taken as deliberately representative of Ray's own experience with his life through the days covered by the film. (I don't think that's it, but it does sort of work.)

Meanwhile, what is the cobbled together life Ray's got going for him? He's slinging drugs but doesn't know if he's "guilty" when caught with them. Not legally guilty, but, well, guilty. He tells his public defender this and it's also a big part of his fight with Lauren later. She had a drug problem in the past and Ray says he was the guy (not literally) who gave her those drugs, which is exactly the point. He doesn't feel guilty about selling drugs because he doesn't see it as wrong, but in the moment he links himself to Lauren's problems, his dealing becomes something else for him. She wants him to go to his hearing and take the plea, go to prison. He isn't so sure. Hell, before their fight, he seems very much against it, like he might jump bail and run away. But, there's a connection between Ray and Lauren and in cinematic terms that means he's not going to just run away. Still, the movie leaves things open-ended. Roger calls this ending "probably the right one; nothing is settled in Ray's life."

Of course nothing is settled. He's a fucking black man in America. We don't allow that shit to be settled. In Ray's jail-yard poem, he says, "Stealing us was the smartest thing they ever did!" Stealing Africans and enslaving them made America possible. Letting African-Americans remain in situations and locations where poverty is likely rather than making some systematic recovery effort after the slaves were freed--that's just another way to put White America onto the backs of black men and women... 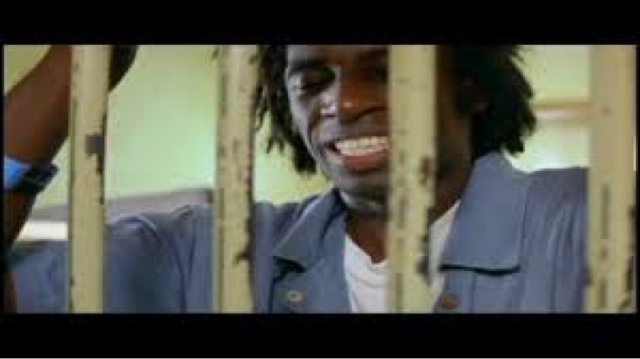 I had an idea of an opening line for today's blog during that final round of poetry. I didn't use it because on its own it can be taken the wrong way and the preview posts on Facebook show the opening line a bit. I didn't want to have my opening misconstrued. This was the opening and some semblance of what would have followed it:

I am tired of having to feel guilty about how others in America and American history have ruined the Black Man and his chances. I don't mean to say that I don't feel guilty or that I shouldn't feel guilty. I do feel guilty, am guilty. And, I should feel guilty. The nation favors me because of the colour of my skin. It still oppresses people of colour because... Well, why shouldn't it? A nation born in violence will forever love violence unless something drastic gets in its way. A nation borne on the backs of slaves will forever devalue those slaves and their children because changing such opinions is just too damn hard. Why should White America make an effort to change when it doesn't even see a problem?

When I say I am tired of having to feel guilty, I don't mean that there is no guilt to go around. I mean that we should have done something to fix the fucking problem(s) by now. Something more than forty acres and a mule...

I love it when some conservative online complains about black people being lazy and being on welfare. Nevermind that they never present actual evidence that this is even true; even if it were true, so the fuck what? If you didn't want to have to take care of the children of slaves, maybe you shouldn't have had slaves in the first place. And, if Africans are so inherently lazy, I don't think the South would have held out as long as it did with is slaves...

I don't know. It's late. I should sleep.