gosh, i should have known

Our score so far:

(If you're just joining us, today's entry is part two of Phil as Christ-figure, using the 25 "structural elements of the cinematic Christ-figure" from Anton Karl Kozlovic's "How to Create a Hollywood Christ-Figure: Sacred Storytelling as Applied Theology," Australian eJournal of Theology 13:1 (2009).)

1: "tangible, visible and colourful characters" - check
2: "central protagonists" - check
3: "typically outsiders" - check
4: "arrive [by] outside intervention" - check
5: "have alter egos" - not really
6: "very special, rare and unusual beings" - check
7: "have... twelve intimate friends-cum-associates" - check, though I may have to list these again to make the 12 clear:

There are changes from yesterday; notably I removed Felix (and his wife) to include Ralph and Gus. I figured Felix fits better as some sort of miracle, a la Lazarus... of course, then I might have to remove Buster for the same reason. Hell, I could remove Debbie and Fred and the Old Ladies for the same reason. But, I don't want to. I want Phil to have this point. Anyway, Kozlovic points out that "Christ-figure films... usually have a lesser number of Apostle-figures to avoid overly complicating the storyline." And, really, if I had to remove a few, I could always throw in the doctor and the psychiatrist (especially the psychiatrist because Phil tells him the truth about what's going on).

13: "Christ's holy death resulted in triumphal victory..." Phil's depressed period and deaths lead straight into "god day" and his upward path to betterment (aka Act Three). So, yes, Phil's "holy death" results in his "triumphal victory" (i.e. getting out of the time loop and earning Rita's love).

14: "The sacrifices made by Christ-figures specifically benefit others..." Phil's good deeds are all about saving or helping other people. Though he cannot manage to save O'Reilly, he does what he can for others--Zacchaeus (the boy in the tree with the new name I've given him), the Old Ladies, Buster, the smoking woman, Felix, Debbie and Fred, Ned (if we count the biggest sale of his career as help). Plus he entertains all the people at the party.

15: "Christ-figures frequently choose sacrifice out of their newfound knowledge, status, position or cosmic mission requirements." Phil does what he does fueled by knowledge from the time loop, which is also his position and arguably his cosmic mission.

16: "Christ-figures are frequently accused of crimes although totally innocent..." Within the film, Phil isn't accused of much "crime" per se. But, Rita does accuse him of setting her up to get her into bed. While, technically, he is completely guilty of this, since we all buy Groundhog Day as a love story, isn't this just the romantic pursuit twisted by circumstance? Of course, outside the film, Daughton (1996) tells us that Phil "convinces us of his worthlessness as a person by perfecting the art of psychological date rape" (p. 147). But, aren't we all more amused by his seduction of Nancy Taylor than we are disgusted. Plus, per Kozlovic's #10, Nancy serves a specific role for Phil. Even just in the basic understanding of the throughline in the film puts Nancy as a useful role in Phil's journey; if he hadn't seduced her, he never would have advanced to Rita, been rejected, been depressed, killed himself, and gotten better.

17: "Christ-figures are frequently displayed in a similar cruciform posture to tag their subtextual Christian divinity." 18: "Christ-figures are frequently accompanied by cross imagery..." A bit of a stretch, but I only just noticed this (even though it's in the film many times): If I really wanted to push it, I'd argue that the view out of Phil's window, with one street going off and another street crossing from left to right is like the view from on the cross looking down. But, instead, I just won't count this one [Edit: yet].

19: "Jesus exhibited incredible behaviour whilst on Earth." Phil does plenty of incredible things on "god day" and in his "good deed" phase. And really, his bad deeds are pretty incredible as well and on Day 1, Rita specifically calls him "incredible."

20: "Christ-figures frequently appear as bumbling simpletons, klutzs [sic], nerds, mentally unbalanced, or fools..." Film Phil does not fit the bill on this one much, though original script Phil does sort of, when he has taken an interest in bugs and is seen rooting around on the ground like a crazy man. Actually, Phil dressed as the Man with No Name to go to a movie is pretty mentally unbalanced, isn't it? So, I think I'll give him this one as well.

21: "Frequently associated with the simplicity of the Christ-figure is their pronounced poverty, or alternatively, the troubling question of what to do with money if available." In one way, this does not fit Phil because he spends money like it's nothing in buying at least his first piano lesson. And, when he steals the money from the armored truck, he presumably spends all that in one night as well. But, in another way, this means money has no particular value to Phil in the time loop. Money is meaningless; he doesn't need to buy anything. Plus, remember, Daughton (1996) tells us that "Phil's situation, trapped in the time loop, parallels that of the economically disenfranchised" (p. 146). Phil can make no permanent purchases, so his money is literally no good in Punxsutawney.

22: "Sometimes, Hollywood Christ-figures are physically clothed to look like modern-day representations of Jesus in his iconic white togs." Phil's coat is not white, but it is long, and he does wear it a great deal of the time. Plus, with all those blue coats around him, his brown does stand out. But, really, my impulse is to not give him this one.

23: "...a common Hollywood convention is to have blue eyes for their Jesus-figures..." 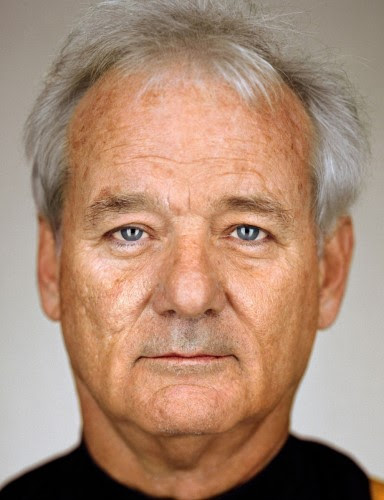 24: "Whether directly or indirectly, on-screen or off-screen, some characters literally say: "My God!" or "Jesus Christ!" or "Jesus!" or "Christ!" or "Gee!" to identify their Christ-figures. However, these verbal tags are usually said unknowingly about the divine identity of the character, and are often disguised as curses, astonishment or disgust..." Aside from the obvious--Phil identifying himself as "a god" we also get Nancy Taylor's "Gosh! How are you?" and "Gosh! I should have known." Ralph says, "Oh my God" as he nearly falls over drunk. And, Phil says, "Gosh, you're an upbeat lady."

25: "The character names of the Christ-figures sometimes literally have the initials J.C. (aka Jesus Christ) to tag their divine nature." Phil is necessarily named Phil to share his name with the groundhog, so his first and last initials are P.C. But, maybe his middle name is James. Or maybe his father really was a piano mover and, being a lover of music, named his son John Philip Connors (and Phil just goes by his middle name). Really, though, the film doesn't give this one to Phil.

So, 11/13 for today. 22 out of 25 overall. By Kozlovic's "structural elements" Phil definitely qualifies as a "cinematic Christ-figure."

Today's reason to repeat a day forever: to research enough information about Arthurian legend to assign Arthurian roles to all the characters in the film as well.